Some advocates and policymakers think government should be involved in providing a limited or modest paid leave benefit, just 12 weeks or less. Their support seems implicitly contingent on the expectation that a paid leave entitlement wouldn’t grow, or wouldn’t grow much. But is there any evidence of that?


If the trajectories of OECD paid leave entitlements are any indication of the path a new U.S. entitlement would take then the answer is no. All OECD countries except one increased the length of their paid leave benefits substantially over time (see chart). 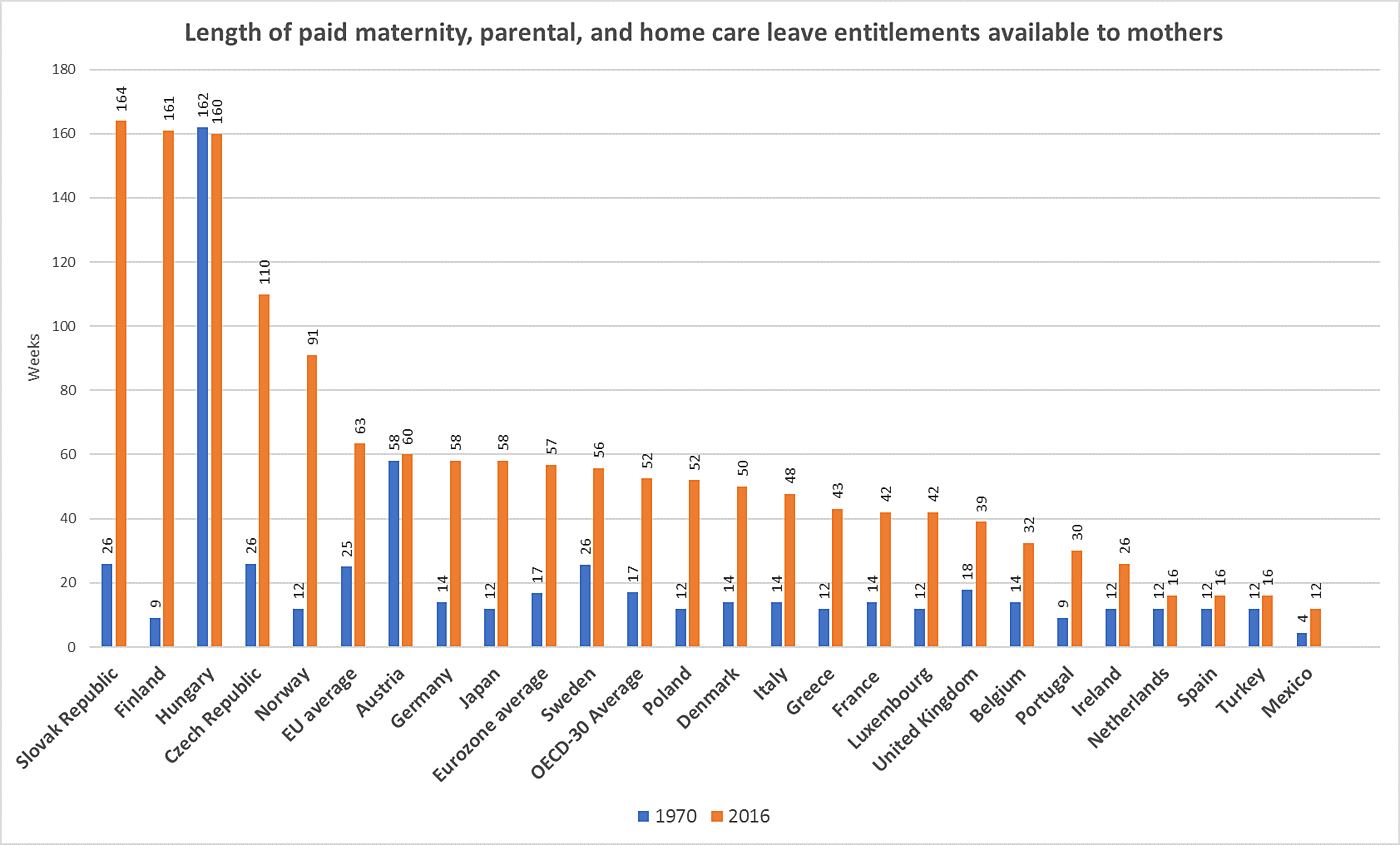 
In short, international programs demonstrate that paid leave benefits grow substantially over time, similar to other government entitlement programs. Supporters of government paid leave should be aware that current proposals aren’t likely to stay limited to 12 weeks or less in the longterm.


For more information on paid leave, see the new Cato report Parental Leave: Is There a Case for Government Action? or livestream today’s Capitol Hill event.