Could Airlander Be the Future of Freight?

The airship is making a comeback. Take the British Airlander10, which uses 20 percent of fuel burned by conventional aircraft and can be fitted with solar panels. Airlander can stay airborne for five days while carrying a maximum payload of 20,000 pounds. It is much safer than its 1930’s cousin and can operate in adverse weather. Combined with GPS navigation and tracking, an unmanned Airlander could stay airborne for up to two weeks, carrying cargo vast distances, including hard‐​to‐​reach places. The British manufacturer is already working on an airship that could carry up to 100,000 pounds of cargo – roughly equivalent to the payload of two 20 foot containers. A vast fleet of Airlanders moving silently through the air 24/7 could dramatically decrease the cost of transport (they are faster than ships and much more cost effective than aircraft), while connecting places without ports or runways. Find out more about the declining cost of air travel at www​.human​progress​.org. 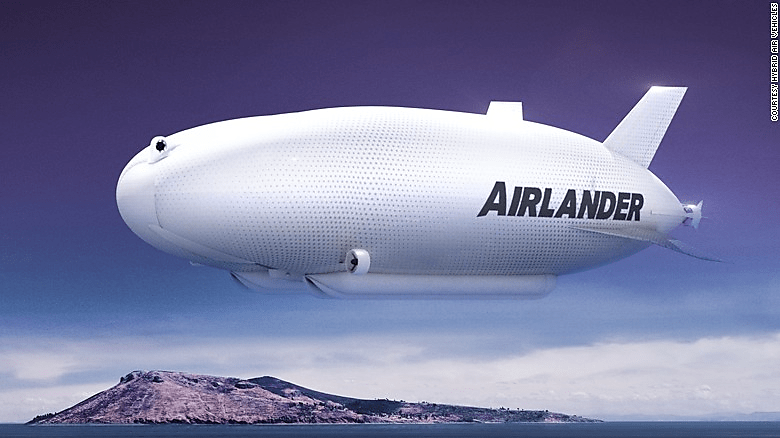