This week, the United Nations’ special rapporteur for housing presented a new report in Geneva. In it, she condemns the evils of “deregulation of housing markets,” “capital investment in housing,” “excess global capital,” and even takes neo-liberalism to task twice over its “requirement that private actors ‘do no harm’” and “do not violate the rights of others.” Who knew that respecting individual rights was controversial?

Included in the report are superstitious allusions to banks, investors, and money. Throughout, the U.N.’s special rapporteur trains her angst on markets, and concludes that markets are “undermining the realization of housing as a human right.”

However, in spite of burdensome regulation, worldwide markets are becoming better at providing housing to the poor. For evidence, just look at the data: the percentage of the urban population that is living in slums (houses with inadequate space, sanitation, water, durability, or security) has fallen consistently over the past twenty-five years. 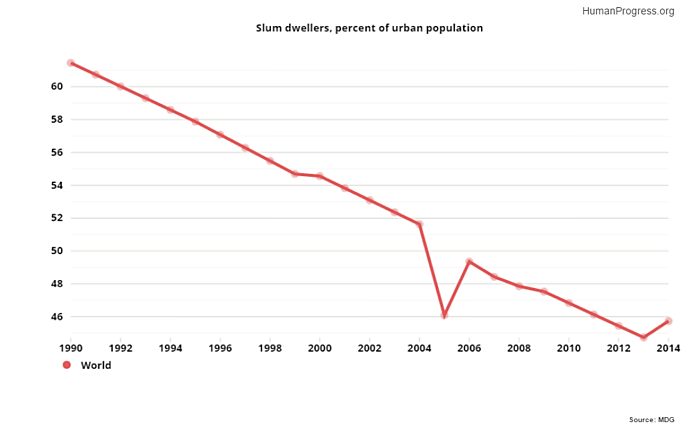 In some regions, the number has declined even more rapidly. In South America, the percentage of the urban population living in slum housing fell a whopping 37.7 percentage points over the twenty-five year period. 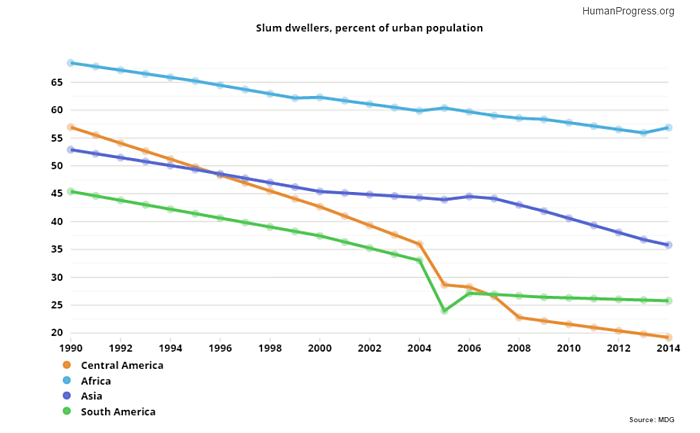 Meanwhile, the house price index, or price of housing relative to average disposable income per person declined by 25% worldwide since 1970. 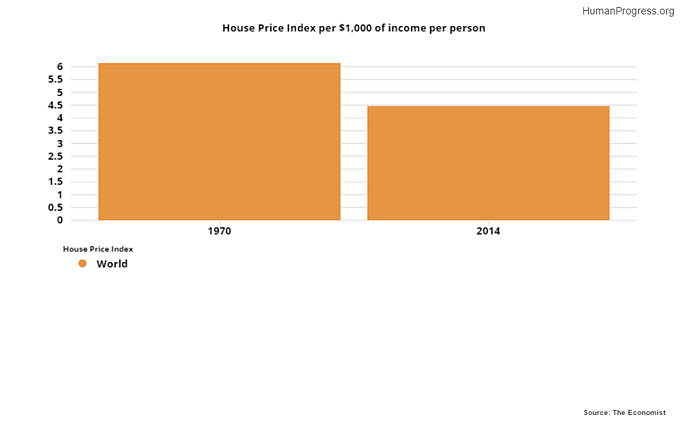 The special rapporteur paints a dismal picture of housing in the United States, which is puzzling given a plethora of U.N. member states with genuinely dire conditions that go unmentioned, like Zimbabwe, Cuba, and Venezuela. Still, conditions are even improving in the United States. Housing has become less crowded and more comfortable: as household size has fallen, the median and average SF per home has consistently grown. 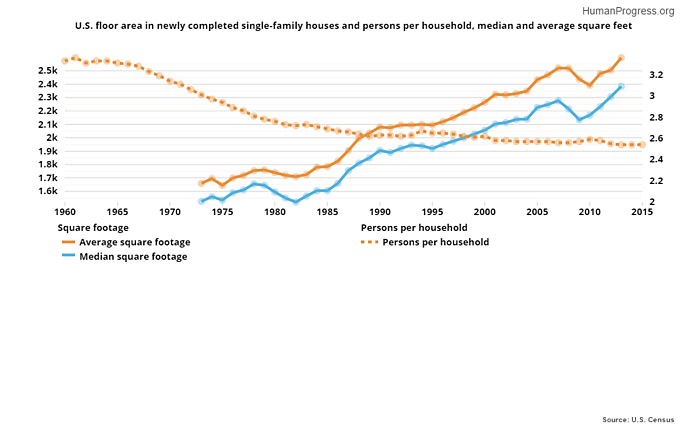 Aside from these omissions, the U.N. special report lacks a conceptual understanding of economics and finance. There are many glaring examples:

In light of this confusion, the special rapporteur recommends “a full range of taxation, regulatory and planning measures in order to … prevent speculation and excessive accumulation of wealth.” It seems likely that if the U.N. had an understanding of the vast regulatory web that strangles the production of housing in the developed world, she might have come to a different conclusion.

Recently, some people have wondered aloud at the worldwide crisis of faith in elite international governing bodies. When the U.N. produces a report replete with economic and financial incompetence, an omission of counterarguments and counter facts, and brimming with ideological bias, it simply isn’t difficult to understand.