Competition and Cooperation in Markets

Markets are often portrayed as driven only by dog‐​eat‐​dog competition. But cooperation is central to markets as well. Businesses could not get anything done without the goodwill and cooperation of suppliers and customers.


Cooperation between competitors is sometimes important as well, in a good way. An example is the development of standards for new technologies. Business‐​led technical committees and agreements have been crucial to the success of Silicon Valley since the beginning. Adoption of standards in the private sector can be a complex, rivalrous, and messy process, but it works.


The Wall Street Journal provides a glimpse of how this process is playing out for 5G networks in an interview with Qualcomm’s Dino Flore:

“You have to understand this is a huge human endeavor, and actually the nation is kind of marginal,” says Dino Flore, vice president of technology at Qualcomm, a leading maker of equipment that connects mobile devices to the cellular network. Rather than a coordinated public initiative, he says, the new systems for cellular communications arose from “years of big R&D, planning and design, then standardization”—all led by private developers like Qualcomm and the wireless carriers that operate the network.


True, the U.S. has reason to be careful about foreign participation in its domestic 5G rollout. But Mr. Flore stresses that commercial cooperation across borders is a key part of creating the technology. “There’s thousands of companies” setting common design standards in what he describes as “a truly global initiative.”


… Mr. Flore recalls that “the first formal act” in creating international 5G standards “was a workshop in September 2015, which I chaired.” “About every 10 years,” he explains, “there is a need for a new platform, which is much more powerful and flexible than the previous one.” Developers plan each generation of cellular technology on a prearranged timeline, and 5G will gradually replace the increasingly strained 4G architecture.


… Even a research giant like Qualcomm can’t drive cellular technology on its own. To ensure that a given device can access the network anywhere in the world, every company in the business must accord with a set of shared technical specifications. To “keep things evolving, at the pace of every year or year and a half,” Mr. Flore says, Qualcomm and hundreds of other firms collaborate through the 3rd Generation Partnership Project. Founded in 1998, 3GPP is the organization that devises standards for cellular communications across the world’s major markets: North America, Europe and Asia.


“It’s kind of a huge human endeavor, with thousands of people involved,” Mr. Flore says. Eighteen working groups with hundreds of engineers meet about six times a year in cities around the world. “Usually not in tier‐​1 cities, as they are expensive,” Mr. Flore notes. “But that makes it fun. I have visited cities in the Midwest or in the middle of China I would have probably never seen otherwise.”


Inevitably 3GPP features frequent conflict. Engineers disagree about the best technical solutions, and firms jockey to give their own systems an advantage. In one recent dispute, Huawei and other Asian companies pushed a technique called polar coding, in which they have led development, while Qualcomm preferred low‐​density, parity‐​check coding, a method pioneered in North America and Europe. “Both LDPC and polar codes have been included in the standard” says Mr. Flore, who wasn’t directly involved in the matter. Yet analysts describe the outcome as a win for Huawei, because polar codes have never filled such an important and lucrative role.


The structure of 3GPP allows cooperation to emerge among competitors. Chairmen are chosen by secret ballot “so that people elect someone they trust,” and “delegates do not always go with the company guidance for voting.” The influence of government is similarly limited. “Of course 3GPP has to comply with local regulations,” Mr. Flore says, and “some governments put their own security requirements.”


But he adds that market incentives go a long way toward ensuring secure designs. “It would be very, very tough if everybody made a huge investment, and then after three years somebody breaks the security of a 3GPP system.” Mr. Flore says security has “worked very well in the past, but we don’t take it for granted.” As “a massive amount of things are connected around us,” engineers have devoted increasing effort to “the security and integrity of the systems.” 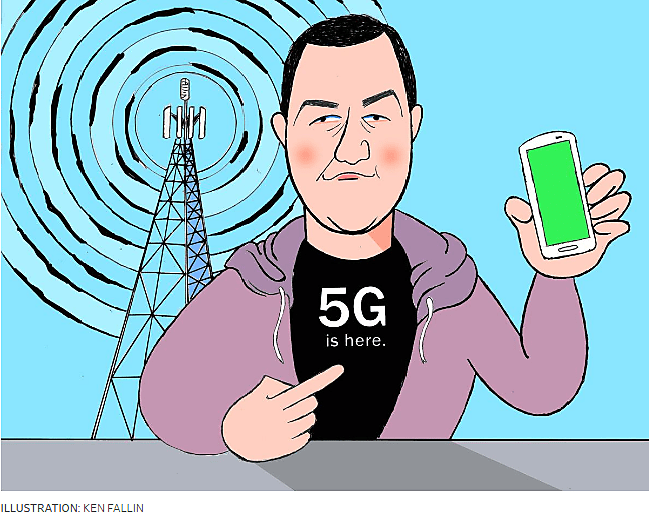