Of course, these articles strenuously avoid mentioning any less-useful activities that CDBG pours money into, and avoid mentioning that if politicians cared about these activities as much as they claim then they would likely be willing to support them with local money in CDBG's absence.

In reality, CDBG supports crony spending and a variety of activities that cater to high income preferences rather than low-income needs, along with any activities that can reasonably be defended as beneficial to the poor. Additionally, because the mission of the program is broad and ambiguous, and the funding scattershot, results are mostly unmeasurable. As a recent Urban Institute report noted, "it is difficult to measure long-term outcomes and attribute them directly to CDBG."

The White House budget correctly points out that CDBG is ineffective at targeting funding to need, and the allocation formula HUD uses to allocate funding is dated. New Cato analysis supports this and indicates program dollars are unevenly distributed among U.S. poor (see below). 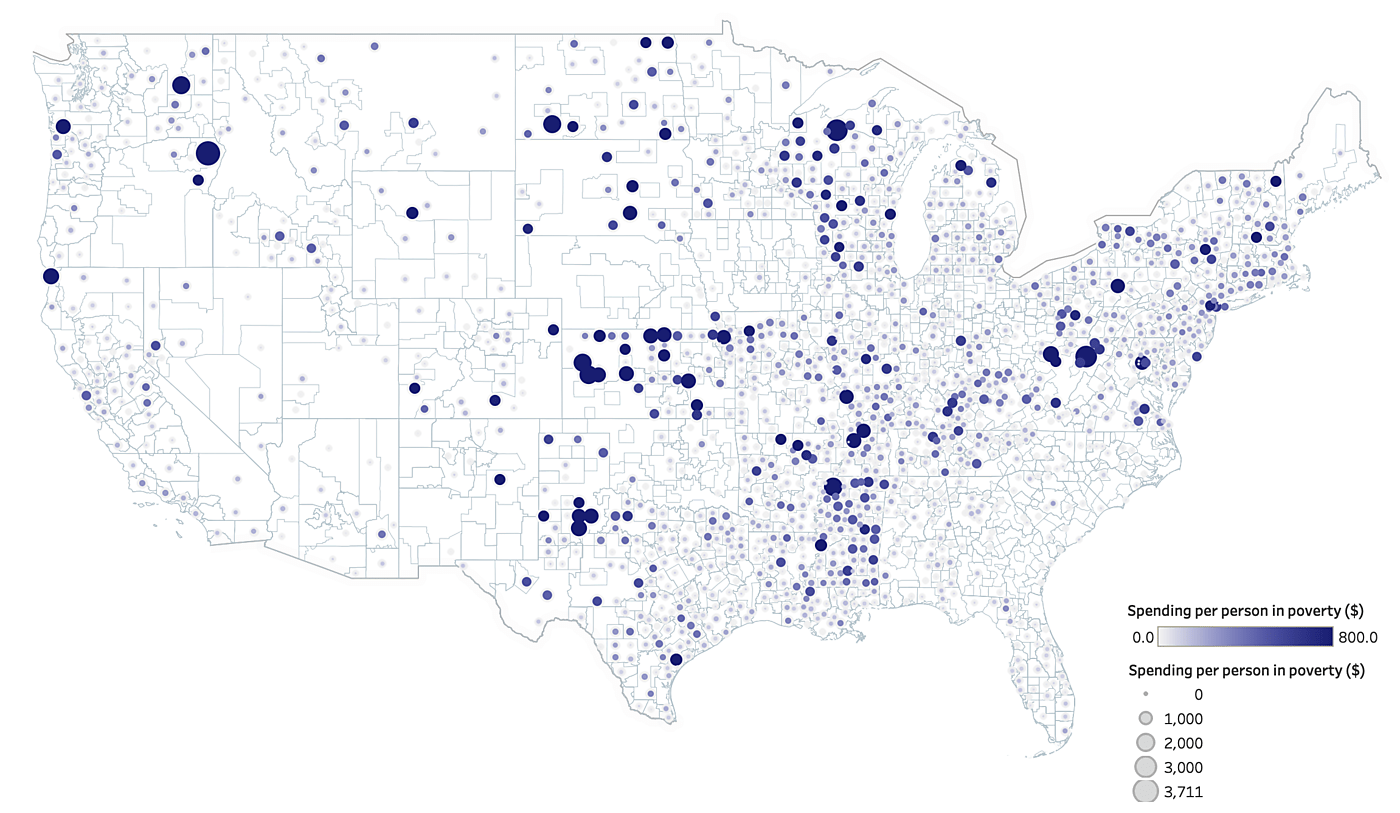 This distribution is at least partly because HUD allocates CDBG money using formulas which prioritize funding to communities with older housing, crowding, and lags in population growth, among other things. Share of poverty is also considered in the allocation process, and constitutes between 30 and 50 percent of the allocation formula, but is often dominated by these other considerations.

If CDBG were a program that served low-income people’s needs, spending would be allocated based on individual need rather than tenuously-related location-based characteristics. Benefits would be directed to poor people, rather than politicians, businesses, and buildings, and funding would be required to produce clear and measureable results. As the White House points out, that isn't the CDBG program we know.