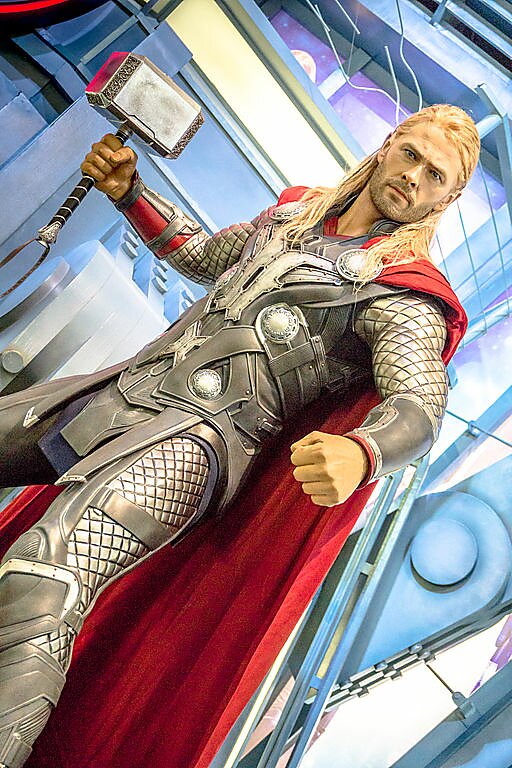 For the second week in a row, Thor: Ragnarok was the big winner at the box office, pulling in $56.6 million in North America last weekend and bringing its worldwide take to more than $650 million. Ragnarok is the mythological destruction of Asgard and the Norse gods, but in real life it has been a huge, money‐​making win for Marvel Studios. Meanwhile, American higher education has been declaring that it is facing its own Ragnarok in the form of the House Republican tax plan. This end time, in stark contrast to Thor: Ragnarok, will come from a distinct lack of money. As a Washington Post headline asks, is this “The Last Stand for American Higher Education?”


I have qualms about some of the GOP proposals. For instance, the plan would tax “tuition discounts”—basically, prices not actually charged—for graduate students. That’s not technically income, so on normative grounds I’m not sure it should be taxed. The plan also calls for an “excise tax” on the earnings of endowments worth $250,000 or more per student at private institutions. It would impact but a nano‐​handful of institutions—around 50 out of thousands—and amounts to little more than a politicized, “Take That, Harvard!”


That said, the idea that higher ed is somehow teetering on the edge of financial destruction is ludicrous.


Consider revenues at public colleges since the onset of the Great Recession, during which we supposedly saw massive “disinvestment.” While it is true that total state and local appropriations dipped, total public college revenue rose markedly, from $273 billion in academic year 07–08, to $347 billion in 14–15, a 27 percent increase. Even on an inflation‐​adjusted, per‐​pupil basis revenue increased: From $31,561 per student in 07–08, to $32,887 in 14–15, a 4 percent rise. To put that in perspective, per‐​capita income in the United States is $28,930. 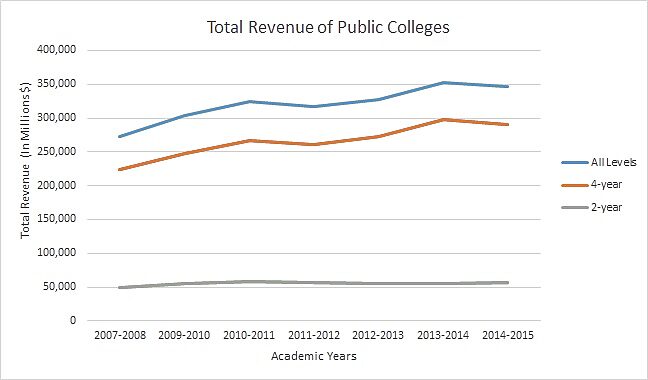 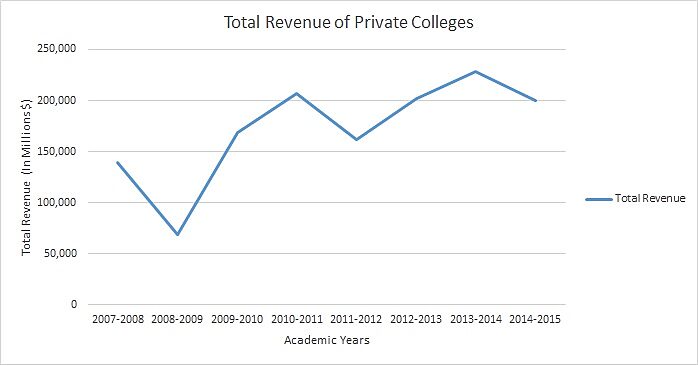 Using a longer timeframe, higher ed has clearly been raking it in for decades. Inflation‐​adjusted spending for all of higher education ballooned from $132.7 billion in 1969–70, to an estimated $548.0 billion in 2015–16, a 283 percent increase. Meanwhile, full‐​time equivalent enrollment rose from 6,333,357 to 15,076,819, just a 138 percent rise. This has, of course, been accompanied by skyrocketing prices. Such supposedly draconian measures as ending the student loan interest deduction—worth about $200 per year for the average claimant—or cutting private colleges off from tax‐​exempt bonds for construction is not going to alter that immensely. 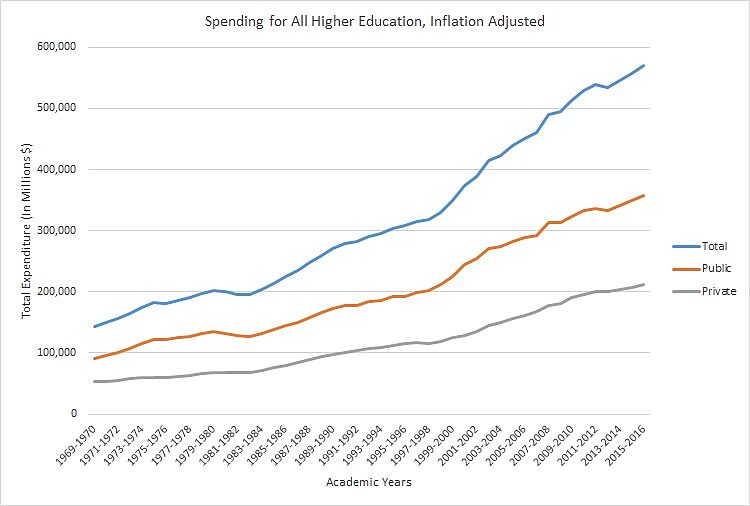 Then there’s the key question: What have we gotten for all this money?


Between 1992 and 2003—the only years the assessment was given—literacy for people with four‐​year and advanced degrees fell precipitously. In prose literacy, the share proficient dropped from 51 percent to 41 percent among advanced degree holders! Time spent studying plummeted from about 25 hours per week in 1961, to 20 hours in 1980, to 13 in 2003. Since 2000, earnings of people with BAs and above declined as the country experienced a major surplus of degree holders. Indeed, about a third of bachelors holders are in jobs that do not require the credential, and employers increasingly call for degrees in jobs that previously did not need them and don’t appear to have substantially changed. Finally, nearly 40 percent of students who enter college do not complete their programs within eight years, and many of those likely never will. Meanwhile, schools increasingly feature such luxuries as deluxe dorms and on‐​campus water parks.


In light of this, the trims that could come through the GOP tax plan hardly threaten to wreak higher education Ragnarok. Indeed, they may do for colleges and universities what the latest movie did for Thor: provide a much needed haircut.