China: Hot Money In, Now Out

For some years, hot money flowed in, adding massively to China’s foreign reserve stockpile. Speculators borrowed cheaply in U.S. dollars and bought yuan‐​denominated assets in anticipation of an ever‐​appreciating yuan. Well, this carry trade has shifted into reverse, with $91 billion in net outflows in the last quarter of 2014. And with that, the ever‐​appreciating yuan story has come to a close, too. Indeed, the yuan has lost 1.8% against the greenback since the New Year.


A clear picture of the drag that the hot money outflows are putting on China is shown by inspecting the annual growth rate in the People’s Republic of China’s net foreign assets. With the reserve of the carry trade, the slowdown in net foreign assets growth has been pronounced. 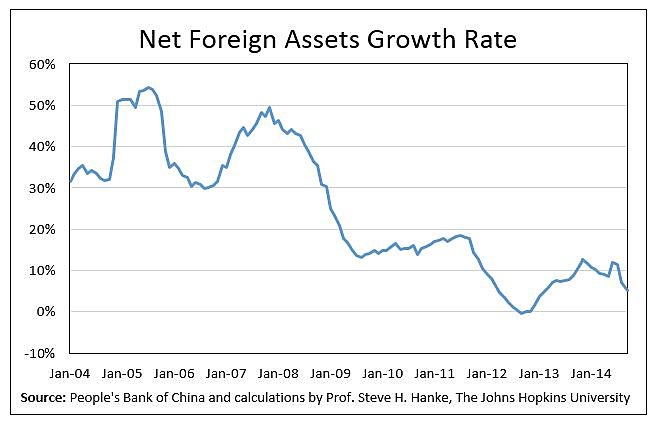 This, in turn, has reduced the foreign asset component of the growth in China’s money supply, putting a squeeze on the economy’s fuel supply. Indeed, China’s money growth rate has fallen well below its trend rate since mid‐​2012. 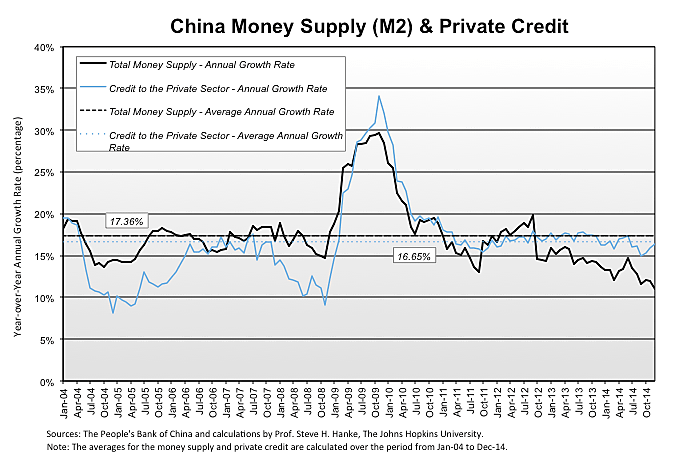 In an attempt to reverse the slump in China’s money supply growth, the People’s Bank has just reduced its benchmark interest rates for the second time in three months. A wise move.