Today, China abandoned its 35‐​year‐​old one‐​child policy. Based on the now debunked threat of overpopulation that was popularized by Stanford University scholar Paul Ehrlich, the communist government subjected the Chinese people to forced sterilizations and abortions. Many newborn babies were either killed or left to die. Today, the Chinese population suffers from a dangerous gender imbalance that favors boys over girls at a ratio of 117:100, and a demographic implosion that threatens future economic growth and prosperity. In fact, as Human Progress advisory board member Matt Ridley shows in his book The Rational Optimist, population growth and economic expansion go hand in hand. The horrific consequences of the Chinese one‐​child policy are a reminder of what happens when governments are allowed to interfere in the deeply personal decisions of individual citizens and their families. 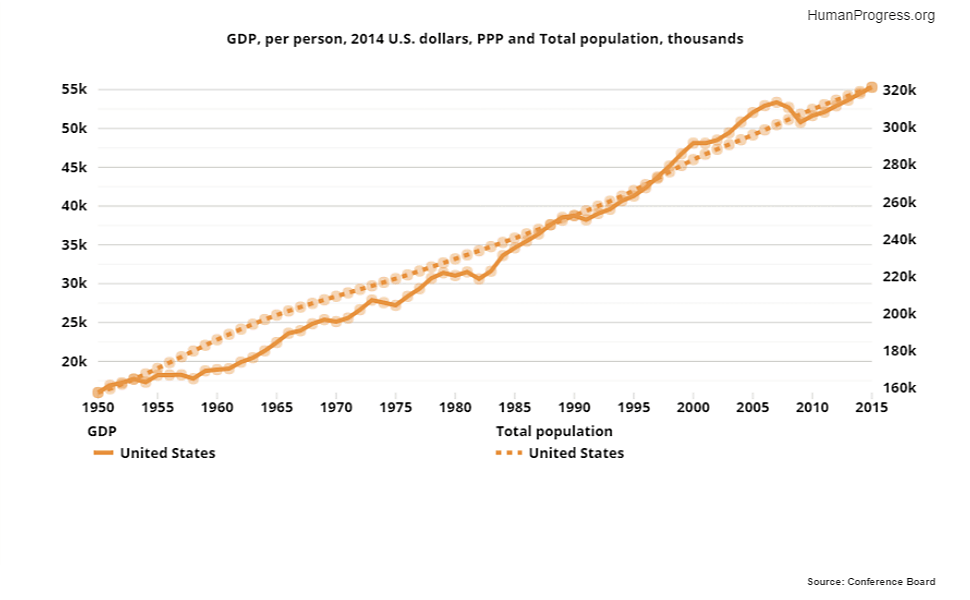