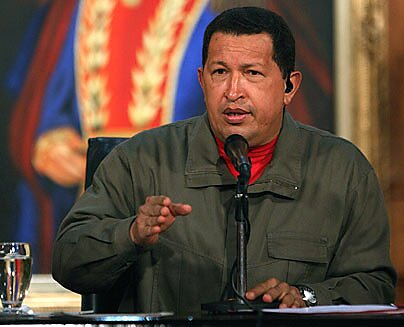 
Despite having received upwards of $800 billion in revenues during Chávez’s ten years in power, the government is doing a dismal job of carrying out its proper functions—such as controlling crime or corruption—and public administration in other areas is deteriorating. Chávez recently announced regular cuts in electricity and water provision. (These issues will be discussed in an upcoming Cato forum on Venezuela on November 10.)


As domestic conditions deteriorate, Chávez is apparently feeling more empowered, or at least feels the need to continue his relentless accumulation of power. Today, El Universal, a Venezuelan daily, reports that Chávez has announced that he can expropriate private enterprises at will because he was given that power by the people. Why worry about the rule of law when you have the ability to interpret the will of the people? Chávez’s comments reported today should dispel any doubts that he considers himself a savior to his country: