Chavez: The Death of A Populist … and His Currency?

Although Hugo Chávez, the socialist presidente of Venezuela, has finally met his maker, the grim reaper is still lingering in Caracas. As it turns out, Chávez was not the only important Venezuelan whose health began to fail in recent weeks: the country’s currency, the Venezuelan bolivar fuerte (VEF) may soon need to be put on life support.

In the past month the bolivar has lost 21.72% percent of its value against the greenback on the black market (read: free market). As the accompanying chart shows, the bolivar has entered what could be a death spiral, which has only accelerated with news of Chávez’s death. 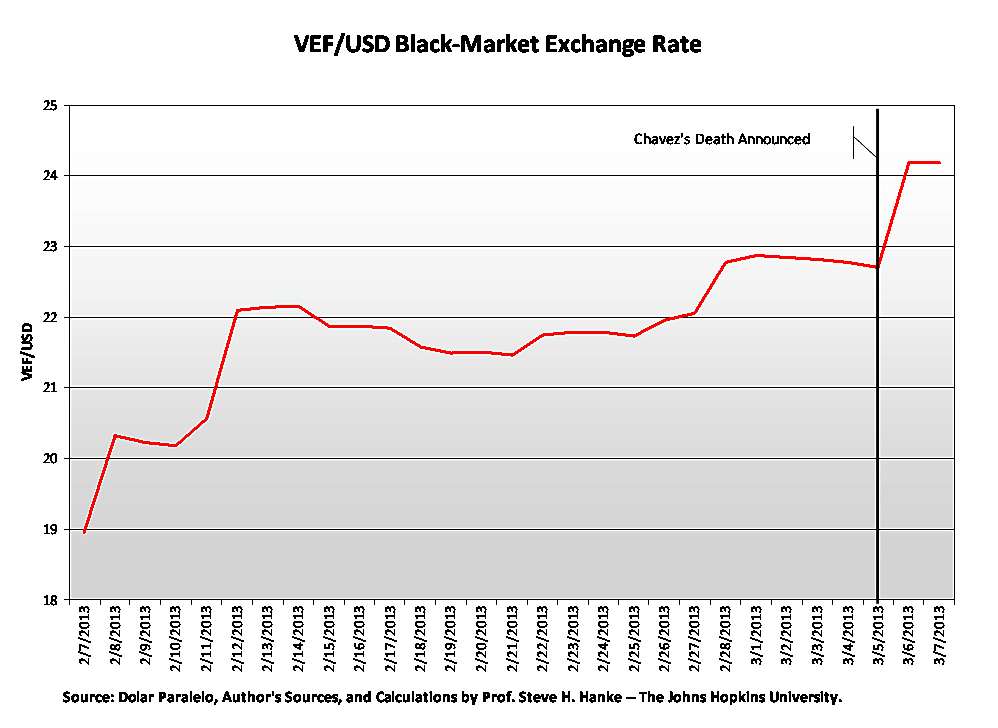 Shortly before his death, Chávez’s administration acknowledged that the bolivar was in trouble and devalued the currency by 32%, bringing the official VEF/USD rate to 6.29 (up from 4.29). But, at the official exchange rate, the bolivar is still “overvalued” by 74% versus the free-market exchange rate.

As the accompanying chart shows, since 2005, the black-market VEF/USD rate has increasingly diverged, relative to the official rate. 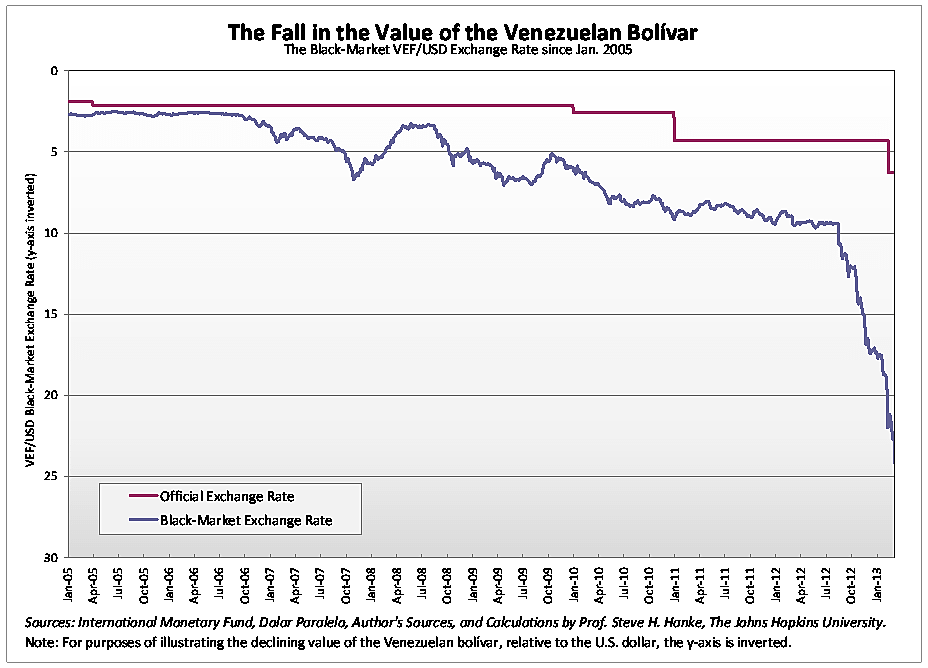 When taken with the fact that Venezuela (like Iran) employs a convoluted multiple exchange-rate regime, last month’s largely symbolic devaluation demonstrated that the Chávez administration has been playing a losing game with Venezuela’s currency. Yes, this marked the seventh official devaluation of the bolivar under Chávez. Prior to this, the most recent devaluation took place in 2007, when the bolivar was devalued and renamed the bolivar fuerte, or “strong bolivar.” Talk about an ironic re-branding.

How can Venezuela stave off a currency crisis and place its economy back on a solid monetary foundation? The solution is simple: replace the bolivar with the U.S. dollar. This option, known as dollarization, was one I presented to President Caldera when I was his adviser back in 1995. And, it’s a model that has been wildly successful in Ecuador, where I was an adviser to the minister of economy and finance and an early advocate of dollarization.

Ecuador’s president, Rafael Correa, has wisely retained the U.S. dollar as the country’s currency. The dollar has provided a strong anchor for the Ecuadorian economy (and the Correa regime), and it has insulated Ecuador from the economic ills that have plagued many of its neighbors.

Venezuelans, are you listening?