CBO Spending Projections, Then and Now

We will look at CBO projections for the three basic components of federal spending: discretionary, entitlements, and interest. The three figures below are CBO “baseline” projections of fiscal year outlays, with historical data back to 2007.

Figure 1 shows that discretionary outlays jumped from $1.04 trillion in 2007 to $1.35 trillion in 2011. The CBO’s new projection (red line) for spending in 2012 is $44 billion below what the CBO projected for 2012 last year (blue line). That small reduction is partly attributable to GOP spending restraint efforts.

Looking ahead to 2021, spending is now projected to go down significantly from what was projected last year. That is the result of the budget caps that the Republicans negotiated with the Democrats in the Budget Control Act enacted last summer, and it includes the further reduction in caps stemming from the failure of the “supercommittee.”

If the caps hold, discretionary outlays will be 16 percent lower in 2021 than they might otherwise have been. However, that’s a giant “if” given the track record of Congress. And even if the caps do hold, it would only be a cut of $256 billion in 2021, which would be less than 5 percent of total federal spending that year of more than $5 trillion. 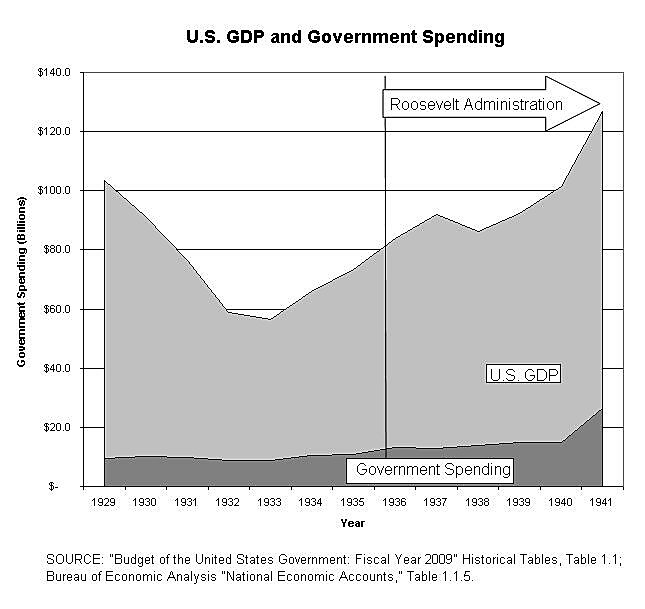 Looking ahead, CBO’s new projections show entitlement spending rising to $3.27 trillion by 2021. This is the spending explosion that is threatening to enslave young Americans with debt, but ironically it is the part of the budget that policymakers are doing the least to control. This year’s projection for 2021 is down a tiny $61 billion from last year’s projection, partly from the scheduled “sequester” cuts resulting from the failure of the supercommittee. 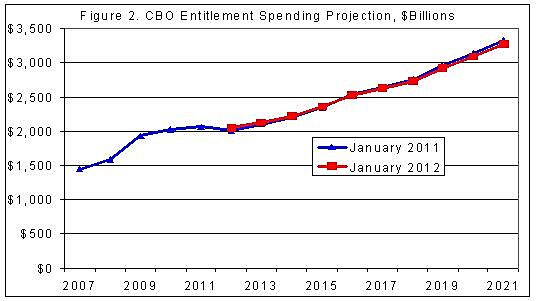 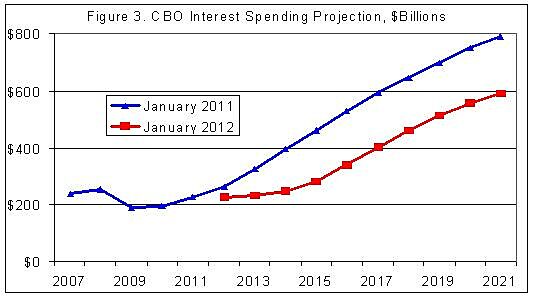 The data in these figures are based on the CBO’s budget baseline, which is an optimistic scenario for what spending may look like without any budget changes. The baseline assumes that the discretionary caps hold, that the scheduled sequester comes into force, and that the “doc fix” cut to Medicare is imposed. It also assumes that Congress doesn’t add any more programs or expand existing ones.