The Congressional Budget Office has released new projections for the federal budget.


If Congress makes no reforms, federal spending is expected to rise from $4.14 trillion this year to $7.05 trillion by 2028, as shown in the chart. The rise represents an annual average growth rate of 5.5 percent, substantially higher than the 4.0 percent expected nominal growth rate of the economy.


President Trump wants new spending on a NASA moon mission, but spending on existing programs is already blasting off for unknown fiscal frontiers. 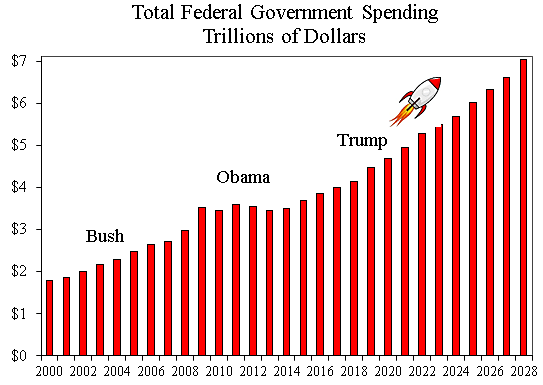