Elizabeth Warren and Bernie Sanders continue to blast wealth inequality. But the twin leftists seem oblivious that wealth inequality may reflect starkly differing causes, as I discuss in a new Fox Business op‐​ed.

The Warren‐​Sanders broad‐​brush denunciations are useless as a guide to policy because high wealth inequality may reflect either the growth benefits of capitalism or the negative effects of cronyism and crowding out.

Warren and Sanders say they want less inequality, but that could mean they want America to be more like either Japan or Ethiopia. I’d like to hear more specifics from the candidates on the causes of wealth inequality. Which cronyist government programs do they favor repealing? Would their plans to expand social programs cause more wealth inequality?

Wealth inequality means nothing on its own. It’s the causes that count. 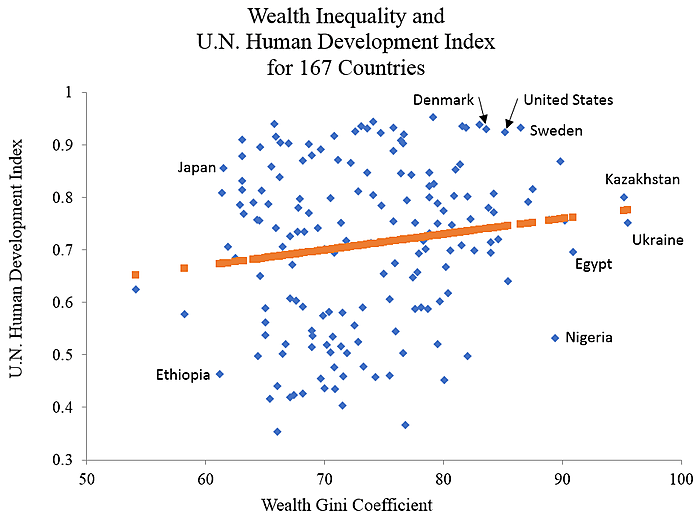