#CatoSOTU: A Libertarian Take on the State of the Union Address

On Tuesday night, President Obama delivered his sixth annual State of the Union address. Cato scholars took to Twitter to live-tweet not only the President's address, but also the Republican and Tea Party responses—delivered by Sen. Joni Ernst and Rep. Curt Clawson respectively—focusing, as always, on what the policies being discussed would mean for the future of liberty.

Many on Twitter joined the discussion, which was billed as a chance to ask experts what to expect from the policy world in 2015; the hashtag #CatoSOTU has been used over 4,400 times since Tuesday, a number which will likely continue to grow as Cato scholars and members of the public continue the online conversation. 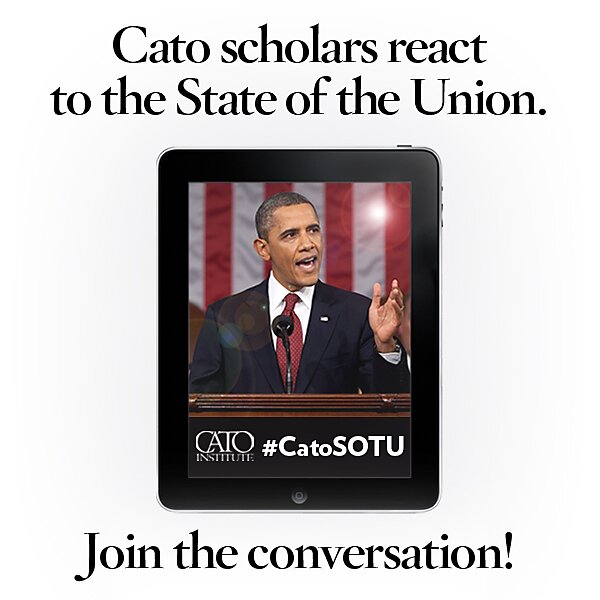 Over the years, the State of the Union has become an annual spectacle much larger than the founding fathers would ever have expected, and Cato scholars were quick to put it in context: 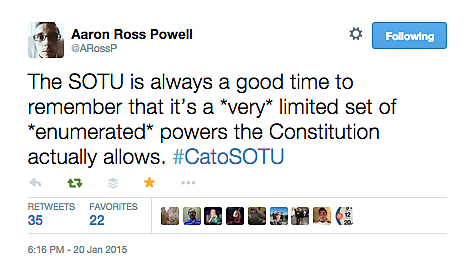 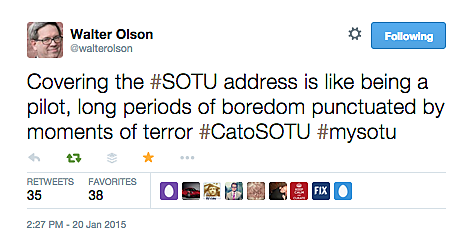 Topics spanned the gamut—from cybersecurity and Guantanamo Bay to the President's community college proposal and what he has termed "middle class economics"—but Cato responses remained strong throughout.

Cato's policy analysts were quick to call out factual inaccuracies: 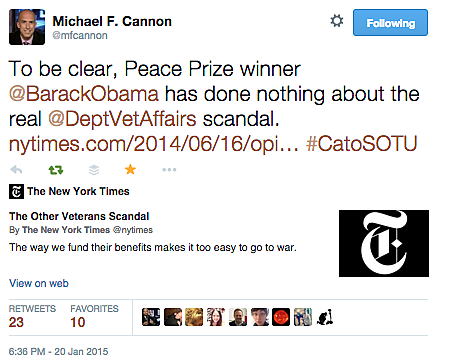 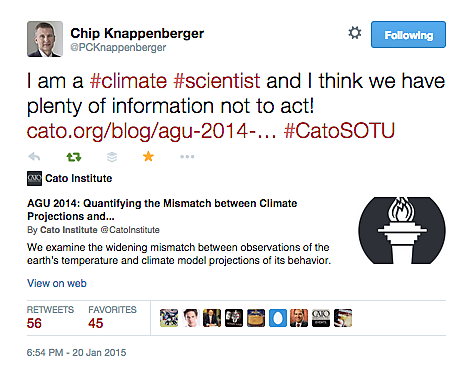 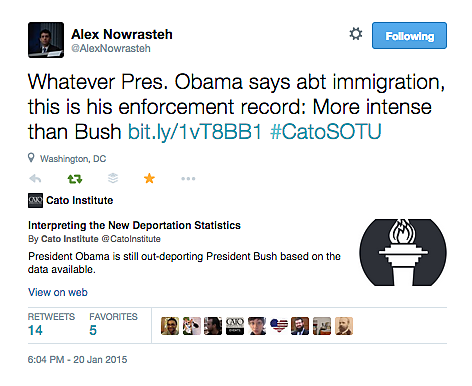 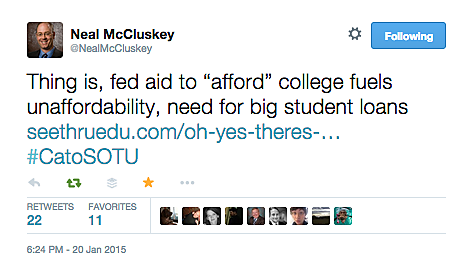 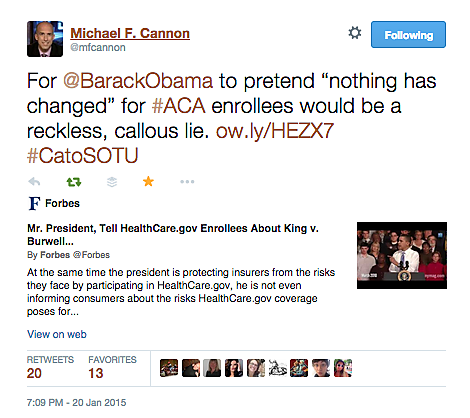 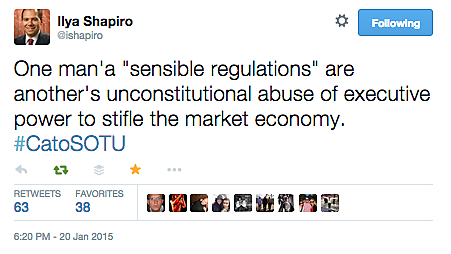 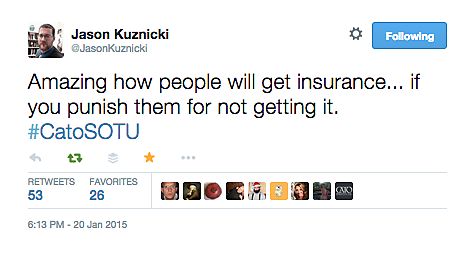 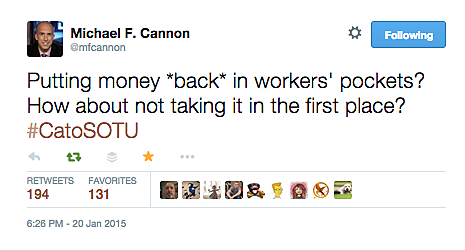 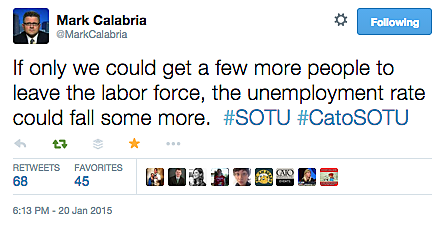 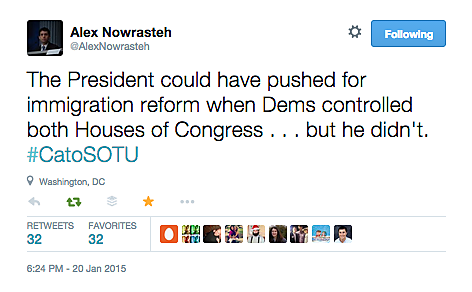 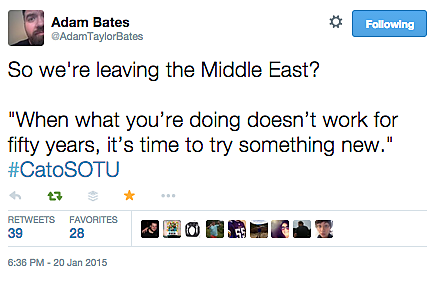 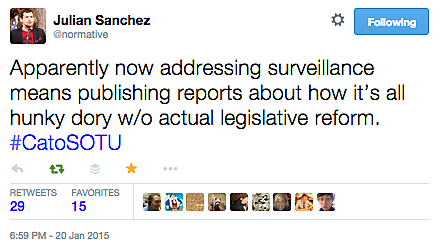 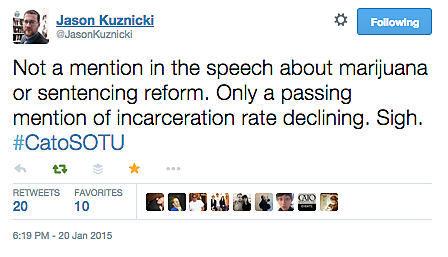 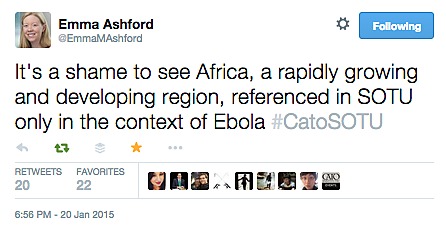 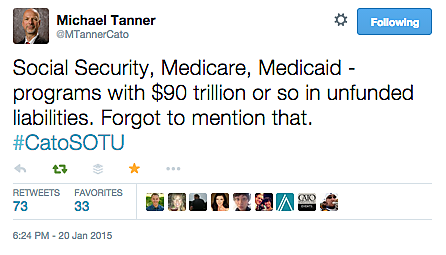 And, even, doled out praise where it was due: 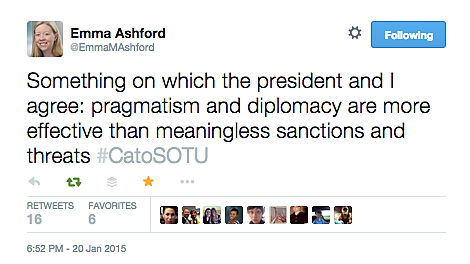 The conversation certainly wasn't one-sided however. Cato scholars were just as critical of the response speeches as they were of the President's address: 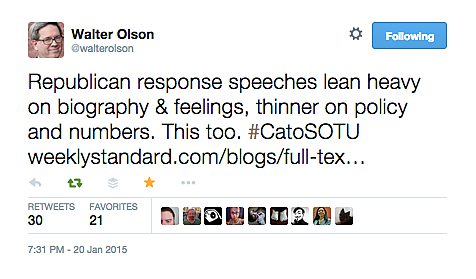 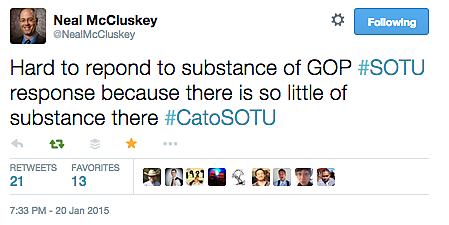 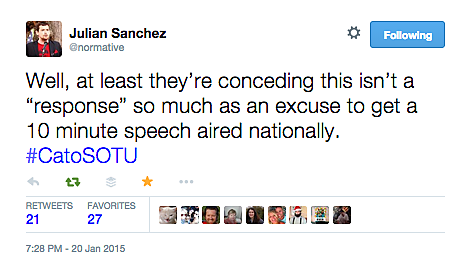 Many Cato scholars also took the opportunity to make policy suggestions to the President and the legislature: 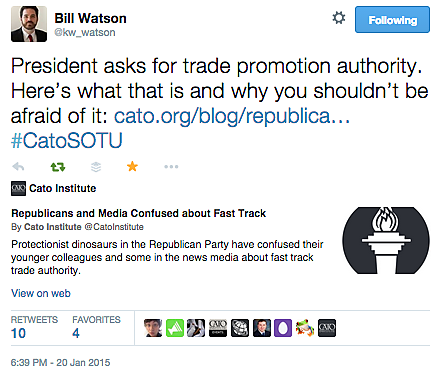 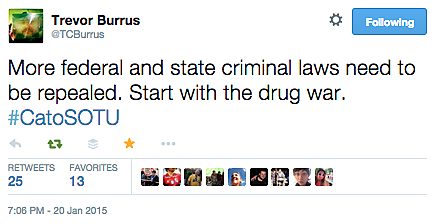 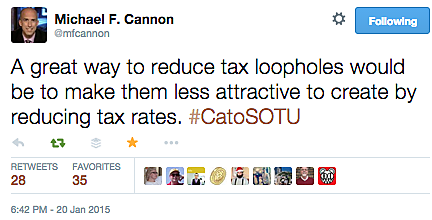 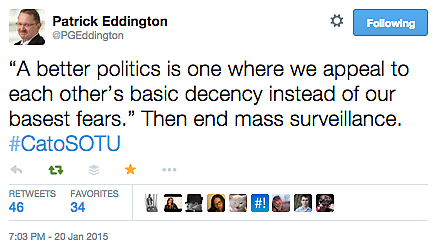 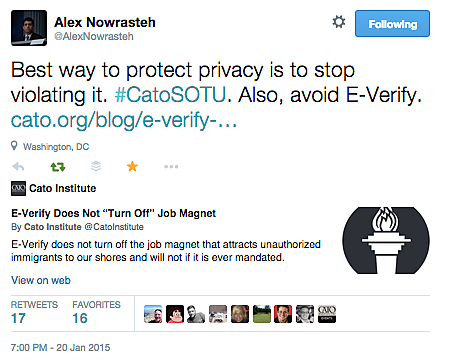 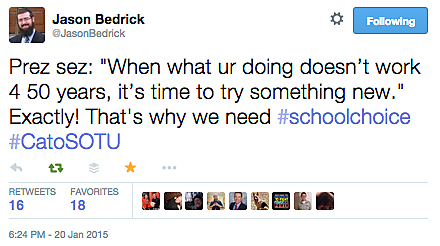 At the end of the night though, Cato Institute Executive Vice President David Boaz probably summed it up best:

Looking for even more reactions? Watch our annual State of the Union response video...