Catholic Schools and the Common Good 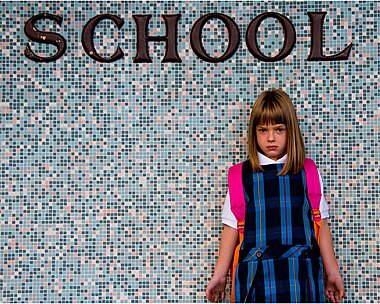 One of the first things you learn when you start to study the comparative performance of school systems is this: on average, Catholic schools are much more educationally effective and vastly more efficient than state-run schools. And then you learn that their impact goes beyond the three R's. I wrote a little about these facts a few years ago, while I was with the Mackinac Center for Public Policy, and my Mackinac friends have resurrected the post for Catholic Schools Week. I've appended an excerpt below, but you can read the whole thing here.

When state-run public schooling was first championed in Massachusetts in the early 1800s, it was under the banner of “the common school,” and it was touted more for its predicted social benefits than its impact on mathematical or literary skills. The leading common school reformer of the time, Horace Mann, promised, “Let the Common School be expanded to its capabilities, let it be worked with the efficiency of which it is susceptible, and nine tenths of the crimes in the penal code would become obsolete; the long catalogue of human ills would be abridged.”

Having experienced more than a century-and-a-half of a vigorously expanding public school system, Americans are no longer quite as sanguine about the institution’s capabilities. Nevertheless, there is still a widespread belief that government schools promote the common good in a way independent private schools never could.

Is that belief justified? Scores of researchers have compared the social characteristics and effects of public and private schooling. They have found little evidence of any public-sector advantage. On the contrary, private schools almost always demonstrate comparable or superior contributions to political tolerance, civic knowledge and civic engagement. One group of private schools stands out as particularly effective in this regard: those run by the Catholic Church.