Journalists know that alarmism attracts readers. Just yesterday, an article in the British newspaper The Independent titled, “Have we reached ‘peak food’? Shortages loom as global production rates slow” claimed humanity will soon face mass starvation. Just as Paul Ehrlich’s 1968 bestseller The Population Bomb  predicted that millions would die due to food shortages in the 1970s and 1980s, the article from yesterday tried to capture readers’ interest through unfounded fear. Let’s take a look at the actual state of global food production.

The alarmists cite statistics showing that while we continue to produce more and more food every year, the rate of acceleration is slowing down slightly. The article then presumes that if the rate of food production growth slows, then widespread starvation is inevitable. This is misleading. Let us take a look at the global trend in net food production, per person, measured in 2004-2006 international dollars. Here you can see that even taking population growth into account, food production per person is actually increasing: 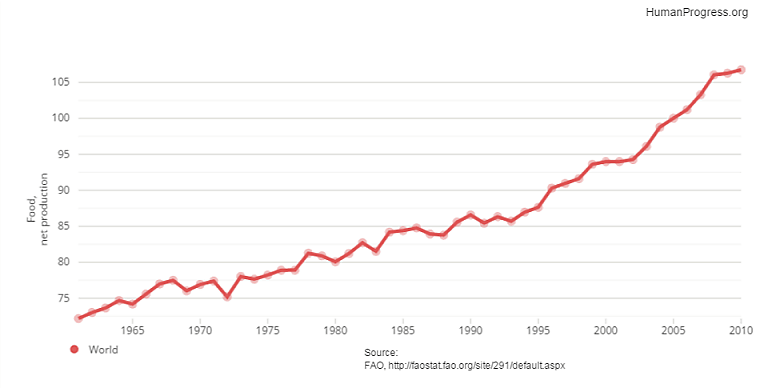 Food is becoming cheaper, too. As K. O. Fuglie and S. L. Wang showed in their 2012 article “New Evidence Points to Robust but Uneven Productivity Growth in Global Agriculture,” food prices have been declining for over a century, in spite of a recent uptick: 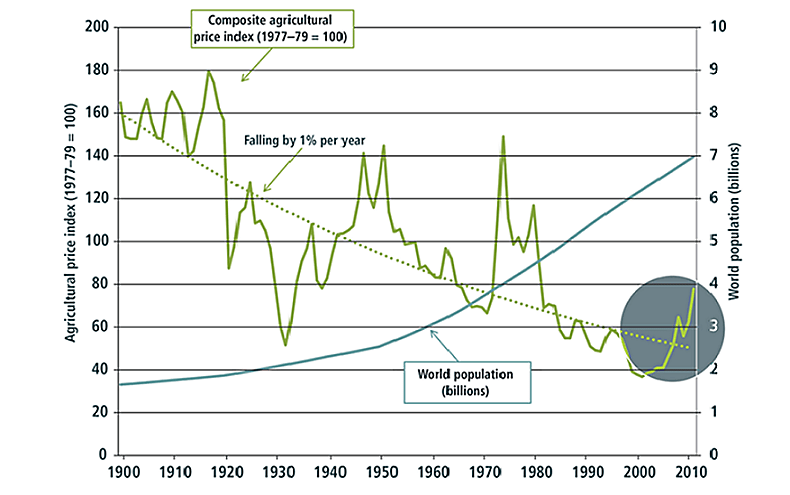 In fact, people are better nourished today than they ever have been, even in poor countries. Consider how caloric consumption in India increased despite population growth: 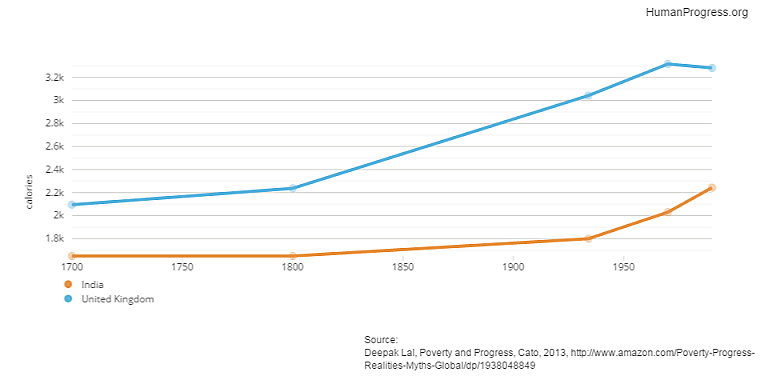 Given that food is more plentiful than ever, what perpetuates the mistaken idea that mass hunger is looming? The failure to realize that human innovation, through advancing technology and the free market, will continue to rise to meet the challenges of growing food demand. In the words of HumanProgress.org Advisory Board member Matt Ridley, “If 6.7 billion people continue to keep specializing and exchanging and innovating, there's no reason at all why we can't overcome whatever problems face us.”