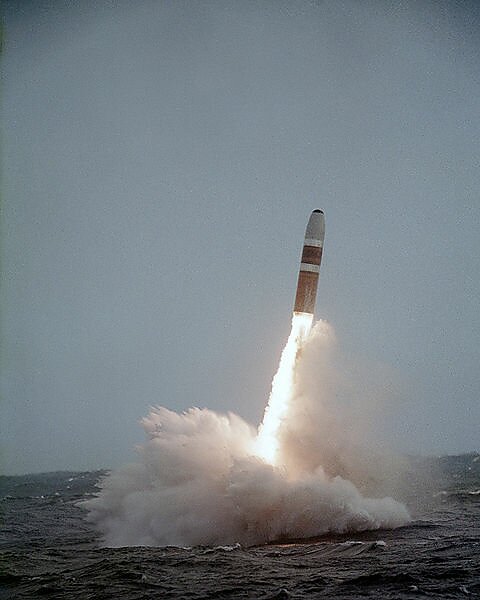 
The Navy’s draft ship‐​building plan apparently warns of massive cuts in the size of its future fleet and consolidation of the ship‐​building industry unless Congress provides new funds for shipbuilding. It wants $80 billion extra over the fourteen years starting in 2019 to cover the cost of buying twelve new boomers (SSBN or ballistic missile submarines) to replace the fourteen Trident SSBNs slated for retirement starting in 2029. Without the extra cash, the Navy says it will have to buy less of everything else, shrinking the fleet to roughly 237 ships rather than the planned 324. The bulk of cuts will come from large surface combatants; we will wind up with 53 rather than the planned 96. The number of amphibious ships and attack submarines will also decrease. With so few ships coming into the fleet, the document implies, we’ll have to close some shipyards.


As the four people who read my recent book chapter on naval politics know, that is not going to happen, and Navy knows it. Defense production facilities are like hungry children that politicians feed by extracting work from the Pentagon. The six major and several minor shipyards that sell to the government in this country are largely jobs programs. They offer far more production capacity than the Navy and Coast Guard need. Even though General Dynamics and Northrop Grumman now own all six major yards, the firms have no interest in achieving economies of scale by closing yards. Politicians protect work for the yards as long as they stay open. Maintaining extra yards means that the Navy pays a large overhead premium for its ships, but doing so widens its base of Congressional support.


The Navy has been is playing a bit of chicken with the Office of the Secretary of Defense, leaving the cost of boomers out of its last shipbuilding plan in the hope that OSD would find the money elsewhere. OSD may do so yet, but in the meantime the Navy is trying to bring around Congress, taking “hostages” that powerful congressmen will have to free. Big surface combatants are made in Bath, Maine by General Dynamics and Pascagoula, Mississippi by Northrop. Susan Collins (R-ME) and Roger Wicker (R-MS) are on the Senate Armed Services Committee. Gene Taylor (R-MS) chairs the House Armed Services subcommittee that oversees the Navy. Chellie Pingree (R-ME) sits on it. By targeting surface combatants, the Navy is pushing those members to go find some money for it to save local jobs.


The most likely outcome here is that the Navy shipbuilding account will get a slight planned boost but far from what the service requests. Meanwhile the fleet will continue to shrink, because the ships’ complexity keeps their cost high. No shipyard will close, so each will get enough work to stay afloat, adding cost.


In a more austere and competitive budget environment, we would see more hard choices. The other services would start asking the White House whether it is worth aiming for a three hundred ship Navy with no obvious enemy to justify it. The Navy might tell the White House that carriers do what the Air Force’s fighters do, so cut their budget. Congressional leaders looking for savings might ask why we still need to deliver nuclear weapons three ways, by submarine‐​launched ballistic missile, intercontinental ballistic missile and bomber. A monad with twelve boomers is all the survivable nuclear deterrent we need.