The Bridge to Your Wallet 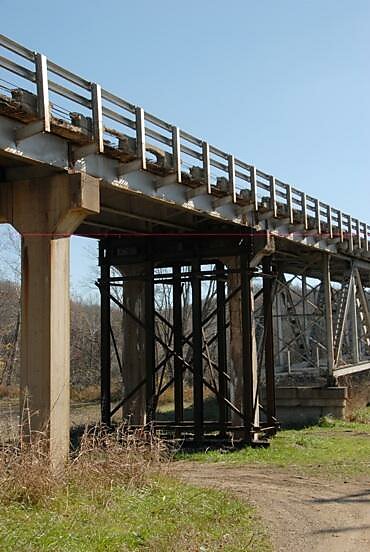 The airwaves and Intertubes are filled with images of this bridge in Missouri – the first transportation project in the nation to be funded through the stimulus bill signed by president Obama last month. In their coverage of this project, the media uniformly point to the jobs it has created for local workers, and neglect to reflect on its economic costs.


As Doug Bandow pointed out in his earlier post, even Congress’s own Budget Office expects the stimulus to shrink our economy in the long term. And the CBO’s analysis is arguably too rosy, neglecting the crucial psychological effect of Washington’s unprecedented spending spree on American consumers.


An NBC/WSJ public opinion poll found in January that “60 percent say they’re concerned that the government will spend too much money in trying to stimulate the economy, ultimately increasing the size of the debt.” That’s up from 57 percent who were already terrified by Bailout Mania back in November of 2008. What do people do when they’re scared about the state of the economy? They. Stop. Spending.


Supporters of bailouts and “stimuli” imagine that they can overcome consumers’ tight‐​fistedness in the short term, but they fail to realize that each new lavish increase in federal spending makes taxpayers more nervous about their ability to repay the ballooning federal debt and about the future of the U.S. economy. So while the Bridge to Your Wallet may have created a handful of local construction jobs in Missouri, it is almost certainly costing many others around the nation.


Cautious taxpayers look at that bridge project, at the mind‐​boggling accumulation of federal bailouts and stimuli and the biggest federal budget in history, and they cancel major purchases and family vacations. They eat at home instead of supporting their local restaurants. They do exactly the opposite of what the president and Congress are expecting.


If the media insist on doing more stories about the Bridge to Your Wallet, they should look at the polling and spending data showing how Washington’s spending spree is scaring the public into spending less — defeating the very purpose of the stimulus. They should interview restaurant and hotel owners and ask them just how economically stimulated they feel at the moment.