Congressional leaders and President Trump have agreed to another budget‐​busting spending deal. This one is a two‐​year plan that raises discretionary spending by $320 billion, but will ultimately cost $1.7 trillion over the next decade, notes the Committee for a Responsible Federal Budget. The deal will push up government debt and move us closer to a broad‐​based economic crisis, which international experience shows is often triggered by excessive borrowing.


Federal budgeting has descended from irresponsible to reckless. This year, the government will raise $3.5 trillion, borrow $1 trillion, and spend $4.5 trillion, which is like an individual earning $35,000, putting $10,000 on his credit card, and spending $45,000. It might work for a few years, but eventually the borrower hits a wall.


As I discuss here, today’s budget situation is so worrying for two reasons. First, government debt is already the highest in our peacetime history and rising rapidly. Second, Congress has become completely dysfunctional at everything except passing large spending hikes. When the crisis comes, lawmakers will have no knowledge of ever proposing or making any cuts and won’t know what reforms to pursue. Paul Ryan’s proposed entitlement reforms are a distant memory to today’s lawmakers.


CRFB illustrates the $1.7 trillion cost of the budget deal in this chart: 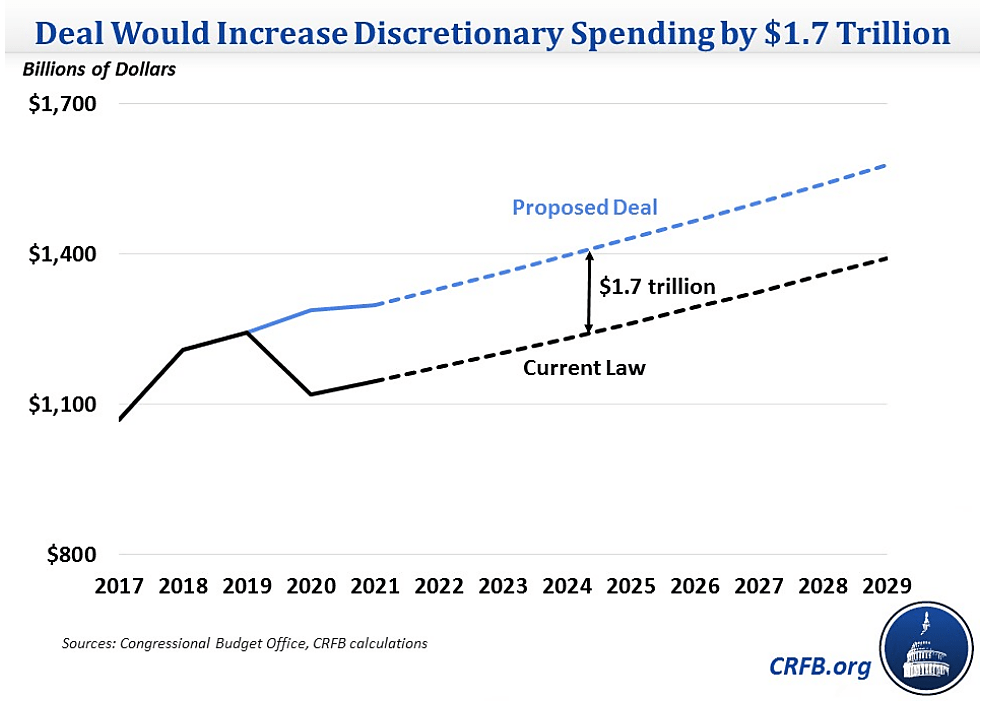