With the newspapers full of crises, it can be hard to maintain a proper perspective on the progress humanity has made, and to remember that there are individuals striving every day to make the world a better place. In a recent interview, businessman and philanthropist Bill Gates discussed the improving state of humanity, and the work that he is doing through private charity to help those in need. He said,

I think the idea that people are worried about problems, like climate change or terrorism or these challenges of the future, that’s okay. But boy, they really lose perspective of what’s happened over the last few hundred years. And how science and innovation have been a central factor of that. And I think that’s too bad, because people are lucky to live now. And they should see that progress is actually taking place faster during their lives than at any time in history.

One of the major initiatives of the Gates Foundation, for example, aims to eliminate polio. The data bear out how much progress has already been made towards that end: 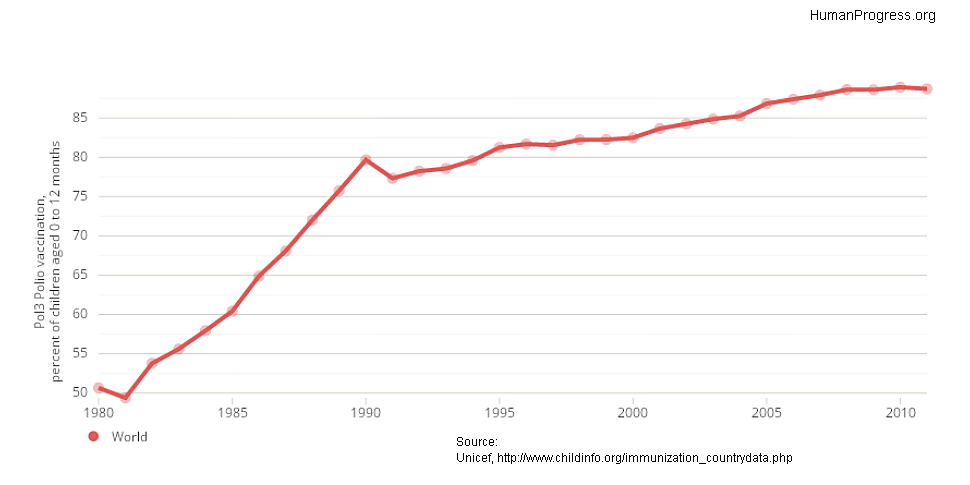 In 1980, about half of all children received the polio vaccine. Today, around 90% of children receive the vaccine, and eradication of the condition is in sight – just as people eradicated smallpox in 1979.


Gates is also among the many caring individuals working to eliminate malaria and malnutrition, areas where humanity has already made great strides. Insecticide‐​treated mosquito nets, for example, protect more children from malaria in Sub‐​Saharan Africa: 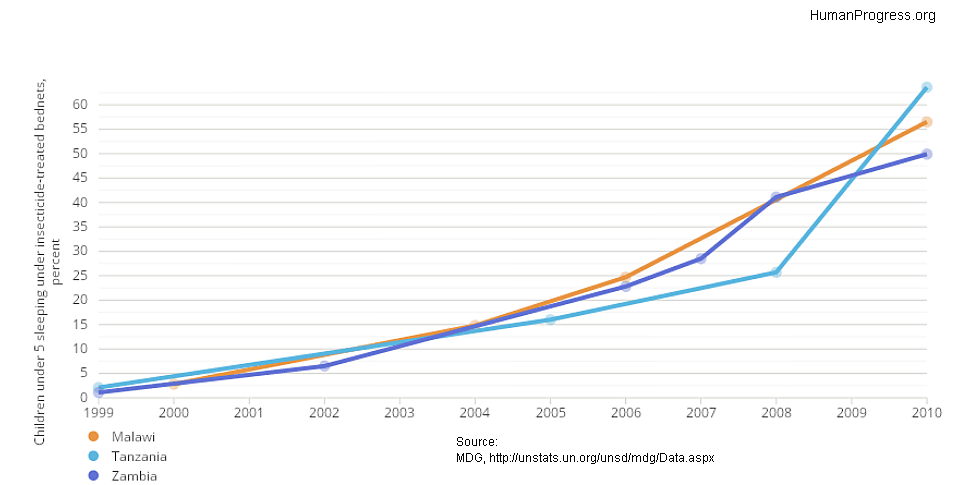 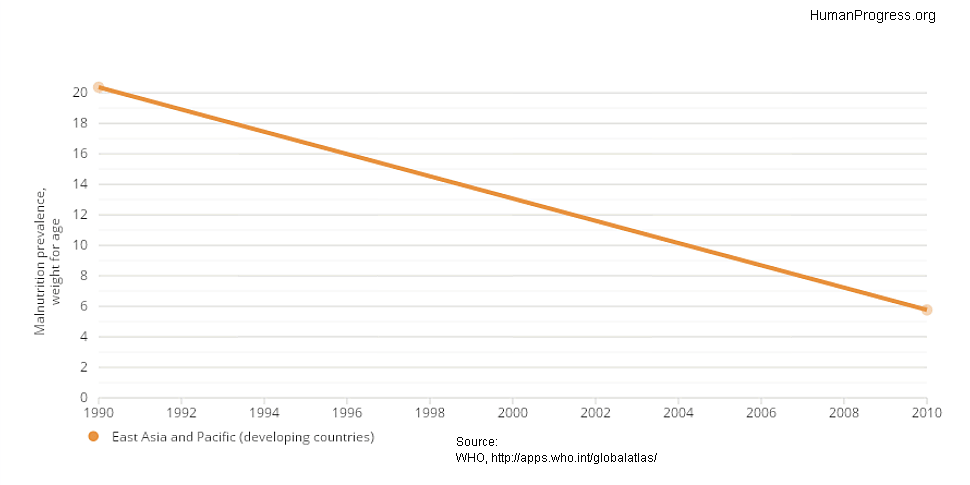 Even one child afflicted by polio, malaria, or malnutrition is too many, but the dramatic improvements the world has made on these fronts should be celebrated. Like Gates, while working to make the world better we must not lose a proper perspective on the progress humankind has already made.