Now of course you can also argue that families interest expenses have also fallen, and that would be true, but that just serves to illustrate that much of monetary policy is not about creating wealth, but re‐​distributing it. Since interest payments are one’s person expense and another’s income, Fed driven changes in the interest rate should not increase household income in the aggregate.


As interest income/​expense is not the only item on the household balance sheet, the Fed does try to make us feel richer via changes in asset prices. The problem, however, is that the change in many asset prices can also have little more than distributional effects. If owners feel richer because their house prices have gone up, or not fallen as much as they would have otherwise, then renters are poorer as they need to save more to by the same house. The same holds for commodity prices. Monetary driven increases in the price of food might be great for farmers, or speculators, but it makes households poorer by the same amount it increases the wealth of commodity holders. If the Fed truly wished to help our economy get back to “normal” then it would allow the free choices of individual borrowers and savers to determine the interest rate. It would also end its implicit practice of picking winners and losers in our economy. Unlike Fed driven changes in asset prices and interest payments, voluntary exchange between savers and borrowers increases the welfare of all parties involved. 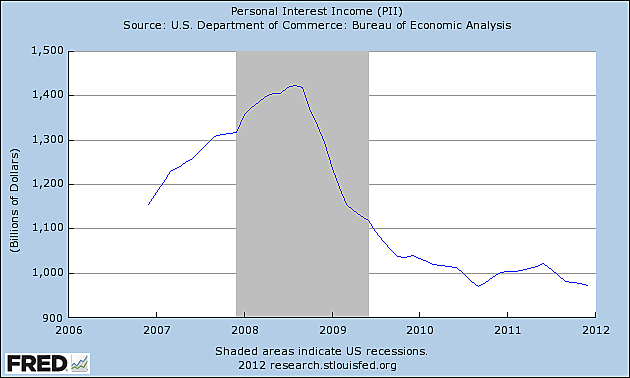