Yesterday we laid out how, as percentages of total state education workforces, the Obama administration’s worst‐​case sequester job loss predictions are actually tiny. They’re so small they approach zero, generally clocking in at around 0.30 percent.


It seems, though, that even that number might be too big to fully capture the degree of fear‐​mongering by the administration. As the Washington Post is now reporting, U.S. Secretary of Education Arne Duncan actually has no evidence to back up the claim he made on Face the Nation this weekend that “there are literally teachers now who are getting pink slips, who are getting notices that they can’t come back this fall.” OK, he could point to one example — Kanawha County, West Virginia — but not without adding, “whether it’s all sequester‐​related, I don’t know.”


The big question now is, can we get the administration to cop to less than zero job losses? It might not be possible because, as trumped up as the sequester is, it probably will involve some job trimming. But it isn’t hard at all to see less than zero cuts when you put the sequester into historical context. As our by‐​now famous graphs make clear, for decades hiring in our schools grew well in excess of enrollment — a huge hiring boom. That means relatively minor cuts will, indeed, come out to far less than zero long‐​term losses. And considering that academic achievement was utlimately flat throughout the boom, much bigger cuts are clearly in order. 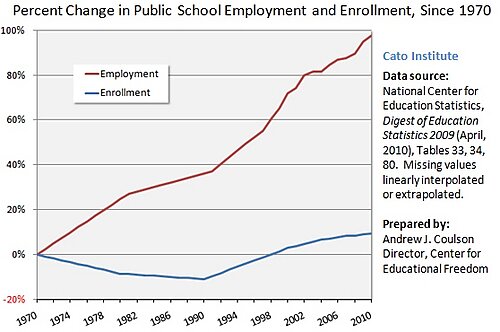 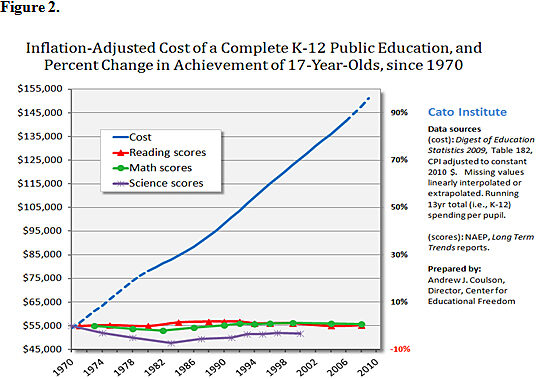 Anyway, thanks to Secretary Duncan — and the Washington Post — for making the job of exposing administration fear‐​mongering much, much easier.