Argentina Graph of the Day

The graph below is from an op‐​ed I wrote on Argentina’s 15% devaluation last week, which looks like the beginning of a wider economic crisis. It shows how total government spending as a percent of GDP has doubled to an estimated 44% in the era of populist politics that began with Argentina’s massive debt default in 2002. The country has been spending beyond its means and paying for it by printing money. The government shows no signs of wanting to tame inflation or reduce spending. The bottom line is this: as the government draws down its reserves, and with few other sources of finance, we can expect people to continue to lose confidence in the currency and the economy to deteriorate further and faster. 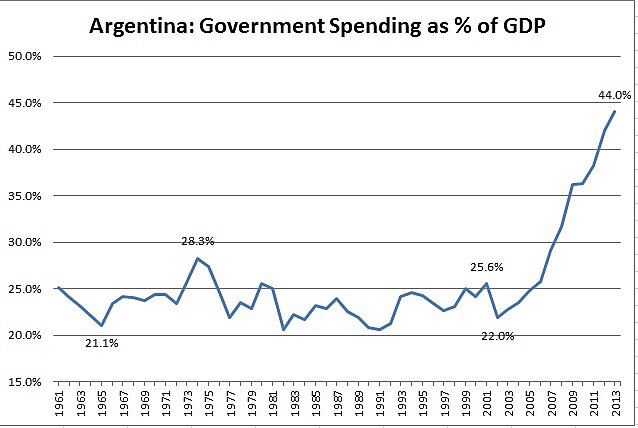