NASA’s Apollo 11 blasted off 50 years ago today sending astronauts to land on the moon and return safely to earth. The mission was planned rapidly and executed almost flawlessly. The Saturn V rocket was the most powerful 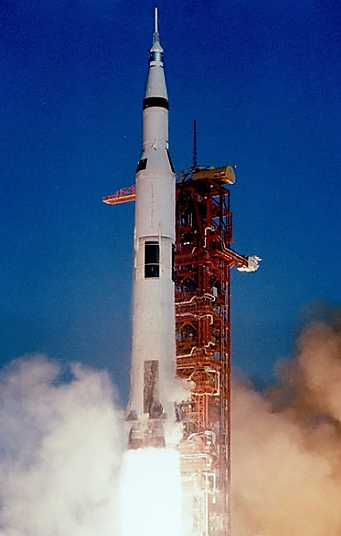 engine ever built. The computers available at the time were primitive, yet everything about the timing of burns and entry angles had to be precise. Neil Armstrong, Buzz Aldrin, and Michael Collins were unbelievably brave. It was a stunning achievement. An American triumph.


If the mission were pursued today, the president would be tweeting undignified comments and hogging the spotlight. The launch would be years behind schedule and the computers would jam like during the Obamacare launch. Environmental lawsuits would shut down the launchpad. Labor regulations would slow astronaut training. NASA executives would be indicted for graft. Federal budget squabbling would close the federal government and mission control, leaving the astronauts to find their own way home from the moon. It would be a mess.


Policymakers these days keep on dreaming of big spending projects for the government. But Washington is running trillion‐​dollar deficits and is far more dysfunctional than in 1969. I discuss the structural reasons why the government fails so much in this study.


The 1969 moonshot remains awe‐​inspiring, as the new Apollo 11 movie captures. But looking ahead, we would get more out of the government if it did less. We would be better off letting entrepreneurs take the lead both in space exploration and in the many challenges we face here on earth.