The share of admitted immigrants who have at least a college education increased from 22 to 39 percent 1993 to 2015 (Figure 1). Over the same period, the share of admitted immigrants who are high school dropouts dropped from 37 percent to 27 percent. Virtually all of that change occurred since 2007 when illegal immigration slowed down and the number of Chinese and Indian immigrants began to grow relative to Mexicans. Although the American system does not select for education, it does not intrinsically favor the uneducated either.

Figure 1
Share of New Immigrants by Education & Year of Admission 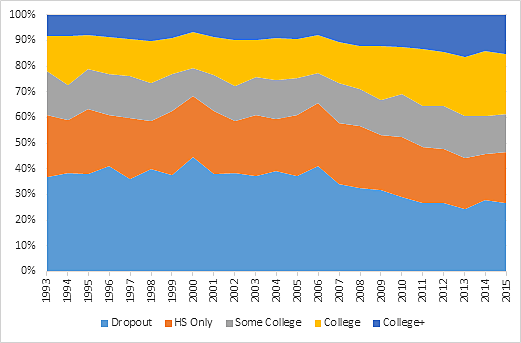 Immigrants in 1993 were less educated than natives in that year when controlling for age (Figure 2). However, new immigrants were more likely than natives to have a college or above education by 2015 (Figure 3). 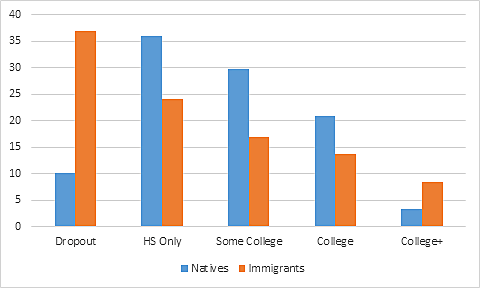 Figure 3
Share of New Immigrants and Natives by Education, 2015 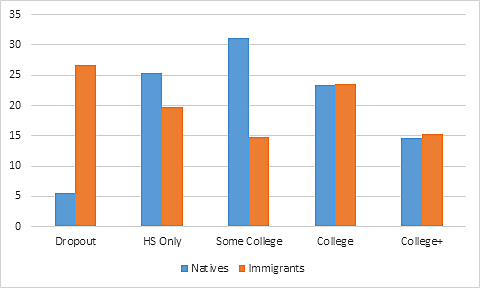