American Public on Education: “We Want It All”

As I wrote a couple of weeks ago, back‐​to‐​school also means the release of lots of education polling, and Tuesday brought us the yearly Education Next poll, which is one of my favorites. (Of course, I love all you crazy polls!) The Education Next folks do a lot of interesting experimentation with their polls, especially when it comes to funding, and they keep nice longitudinal data. I don’t love every part of the survey—looking at you, Common Core question—but overall I think it is well done and highly informative.


As usual, you should read the whole thing, and I’ll just hit some highlights.


If there is one repeated theme to the poll, it’s that people generally want more of whatever is being discussed: more spending, higher teacher pay, more school choice, more accountability. People also tend to like their public schools and state colleges, and seem to want more higher ed.


While the members of the public express opinions on many education issues, they aren’t always especially knowledgeable, as you would expect of people with regular jobs and lives and not a ton of time to delve deeply into public policy issues, including education. They tend to greatly underestimate how much we spend on public schooling (by about 47 percent), public school teacher salaries (by about 30 percent), and they know either very little or the wrong things about charter schools (no, they cannot charge tuition or hold religious services).


As you can see below, support for all sorts of choice—charters, vouchers, scholarship tax credits—rose this year, and scholarship tax credits remain the most popular option. This is probably because a lot of people like school choice and even more like tax credits. Charters have also rebounded after taking a sizeable dive between 2016 and 2017. 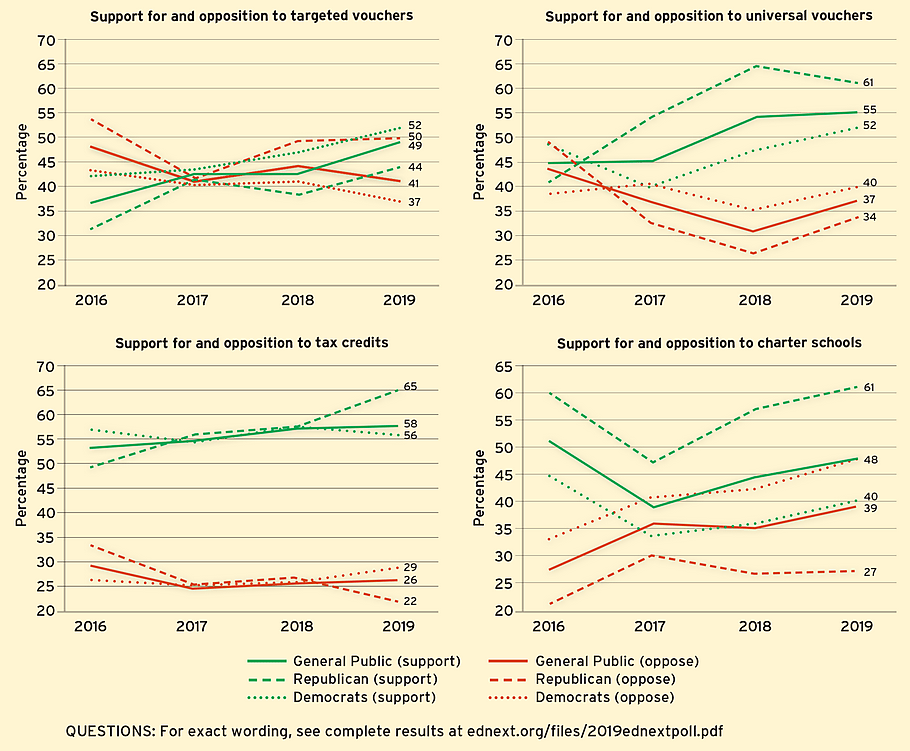 
As we’ve seen before, a significant majority of the public likes the idea of common standards across states that would “be used to hold public schools accountable for their performance.” How much this question reflects support for common standards, accountability, or both is unclear. What is clear is if you attach the name of specific curriculum standards to it—the Common Core—support drops, though it has been inching up as the battle over the Core, and the Core itself, fades in the public memory. 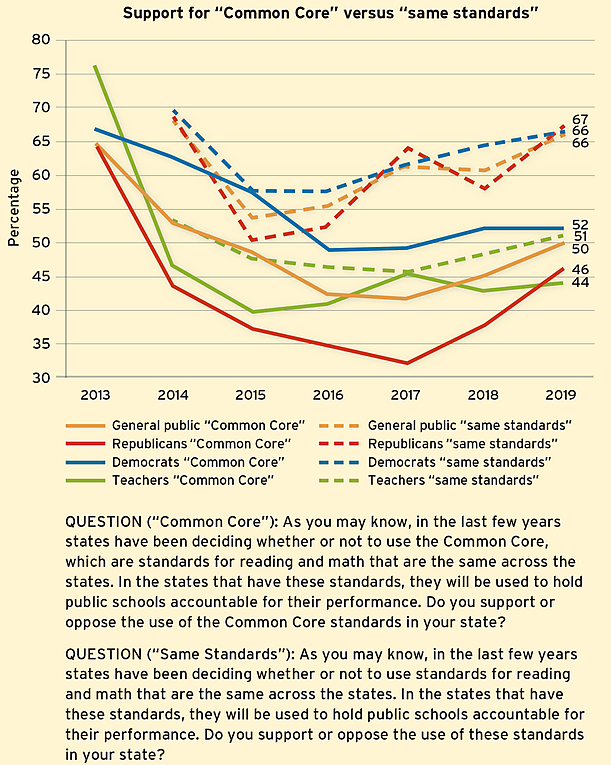 
“Free” college is a bad idea for numerous reasons we have discussed many times—and apparently a lot of economists agree—but there is no question that the idea, at least in the abstract, is popular. 69 percent of the public favors it for two‐​year schools, and 60 percent for four‐​year institutions. Troubling, but who doesn’t like a free lunch? 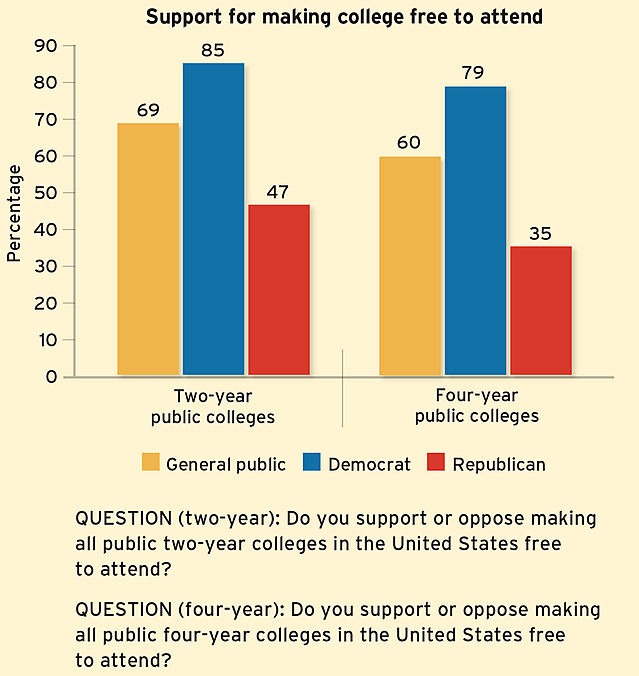 Again, lot’s more to see here, so check it all out.