A Washington Post article recently highlighted the impressive but uneven progress that Africa has made in its struggle against poverty. The article looked at questions pertaining to material wellbeing, including “the number of times that an average family had to go without basic necessities.” On that measure, Cape Verde saw the most rapid improvement. And so the article asks, “What did Cape Verde do right?”

Cape Verde’s superior infrastructure, the Washington Post explains, is partly responsible for that country’s economic progress. Surely that cannot be the full answer. The United States did not have an interstate road network till the Eisenhower Administration – decades after the United States became the richest and most powerful country in the world. Similarly, Germany was the most powerful and richest country in Europe a long time before constructing its famous autobahns.

In fact, it is Cape Verde’s policies and institutions that we should look to as reasons for that country’s superior performance relative to, say, Liberia, where poverty increased the most – according to the Washington Post. According to the Center for Systemic Peace, Cape Verde is a democracy. Liberia, in contrast, is far behind. 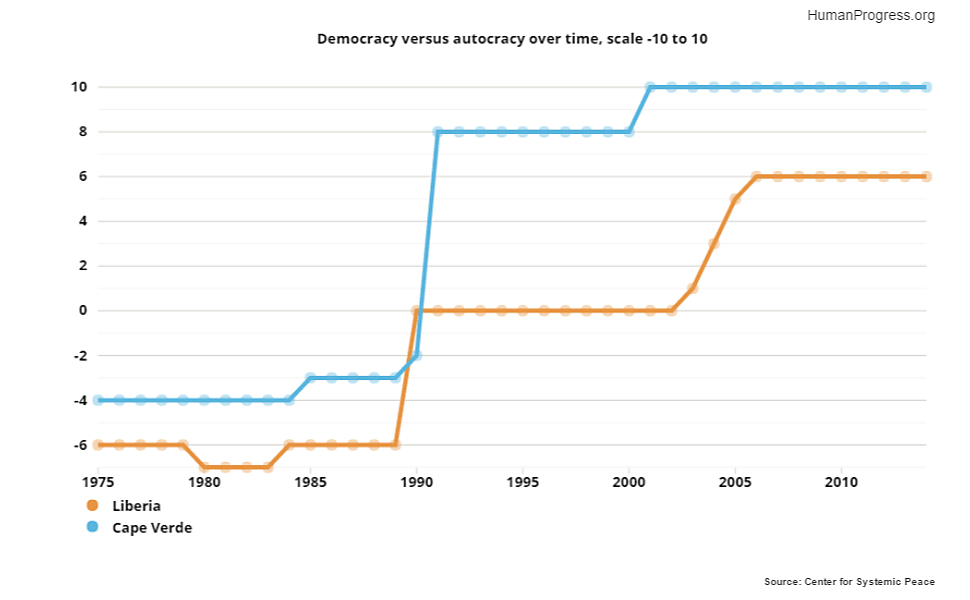 Freedom House, similarly, gives Cape Verde a perfect score on political rights, while Liberia is two points behind them on a seven-point scale. 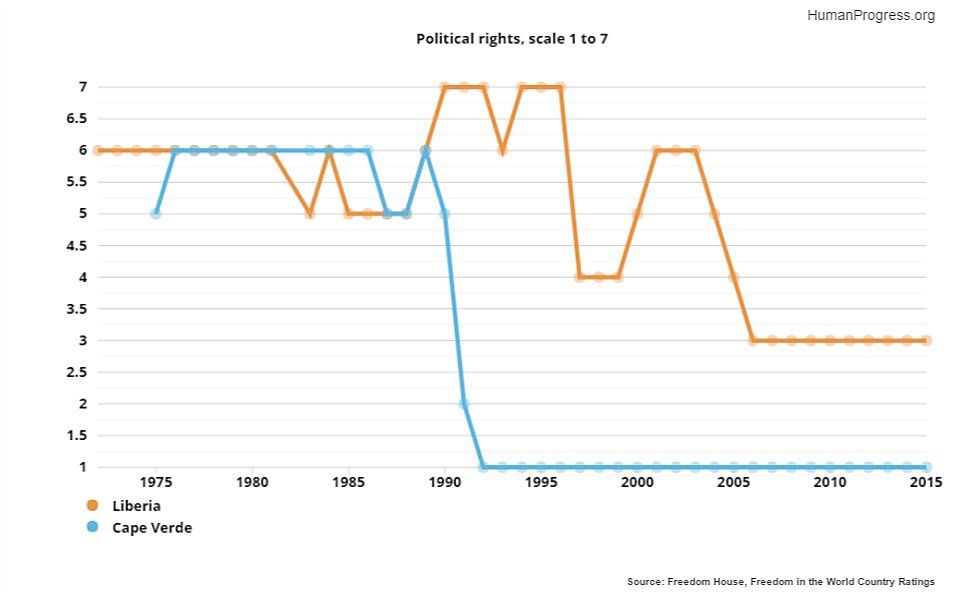 The Economic Freedom Index only began tracking Cape Verde in 2010, but in that time, its freedom to trade has practically caught up with the United States, where freedom to trade is sadly declining. 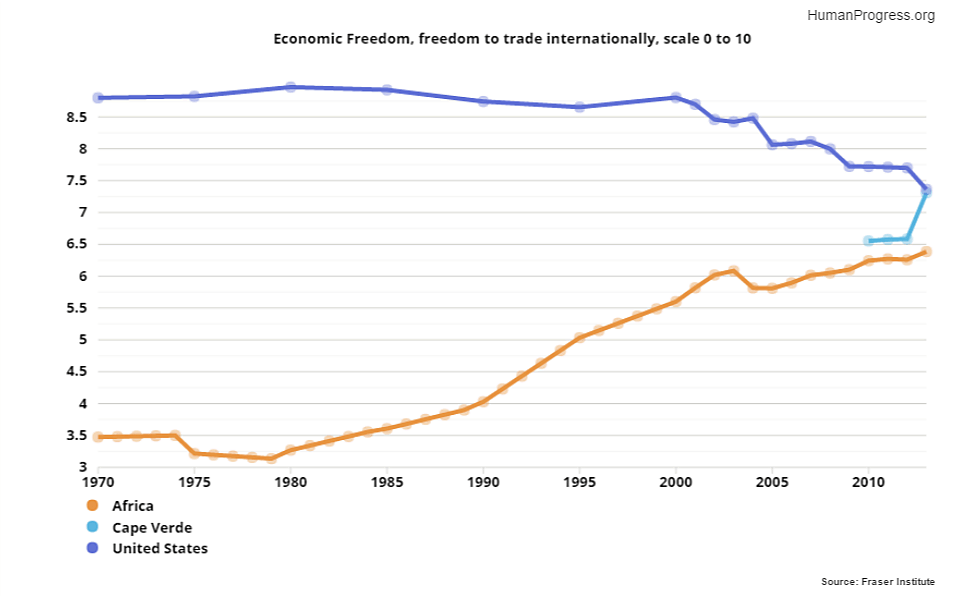 The Washington Post’s omissions matter. Focusing on infrastructure development while ignoring political and economic freedoms can lead to what economist William Easterly calls authoritarian development. On this theory, simply furnishing dictators and corrupt governments with technical expertise and aid money will improve conditions for the poor. Evidence shows that this approach to development chiefly empowers dictators while the poor continue to suffer.

Free development, instead, focuses on establishing or strengthening political and economic freedoms for the poor. If given the freedom to do so, ordinary people have a remarkable ability to hold their governments accountable and to improve their lot through production and exchange.

Liberia’s political institutions are moving in the right direction, but have some catching up to do. Cape Verde, on the other hand, is an excellent example of rapid development under conditions of relative political and economic freedom.