A new GAO study examines the Low-Income Housing Tax Credit, which is a complex government program aimed at increasing the supply of affordable housing.

How complex is it? Vanessa Brown Calder and I noted that one LIHTC guidebook is 1,400 pages long.

The LIHTC is a classic government solution to a problem. It is complicated, raises costs, and is not very effective. Nonetheless, some people favor such approaches. Adam Smith called them “men of system.”

An easier way to solve problems is to let markets work. This approach leans toward simplicity and low cost. Some efforts may not be effective at first, but through innovation and feedback entrepreneurs eventually nail it. Adam Smith called it the “obvious and simple system of natural liberty.”

Below, a diagram from the GAO study shows part of the LIHTC process. Little tax credit boxes float around and dollar signs flow to LIHTC investors, which are usually major banks. This is the hard way to increase affordable housing supply.

Below that, I’ve diagrammed the easy way, which is to deregulate, remove the subsidies, and let banks and developers compete in the marketplace. 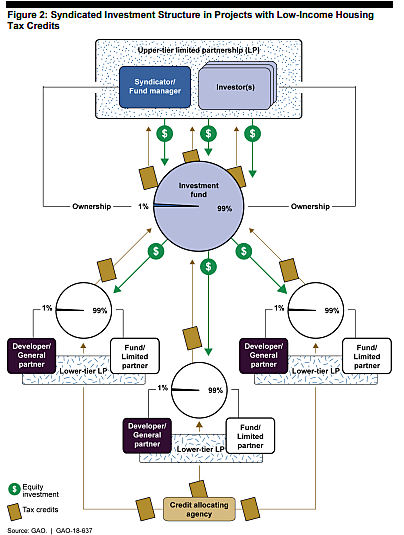 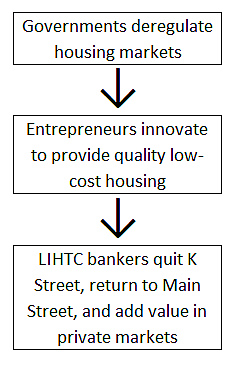