At an AEI forum this week, Naomi Schaefer Riley discussed her insightful new book on Indian policies, The New Trail of Tears. I was pleased to take part in the forum alongside Robert Doar of AEI, Rep. Rob Bishop, and Keith Moore, who headed the Bureau of Indian Education (BIE).


I focused on the bureaucratic failures of the BIE and Bureau of Indian Affairs (BIA), as well as the institutional factors that deter growth on reservations. All of the panelists agreed that the lack of individual property rights on reservations is a key problem.


Keith Moore’s comments impressed me. Keith grew up on, and nearby, the Rosebud reservation in South Dakota. He served as BIE head from 2010 to 2012. Here are a few of his observations:

The answer, as I think Keith would agree, does not lie in the BIA/BIE, but in Congress and the tribes making fundamental institutional reforms in areas such as property rights and education. 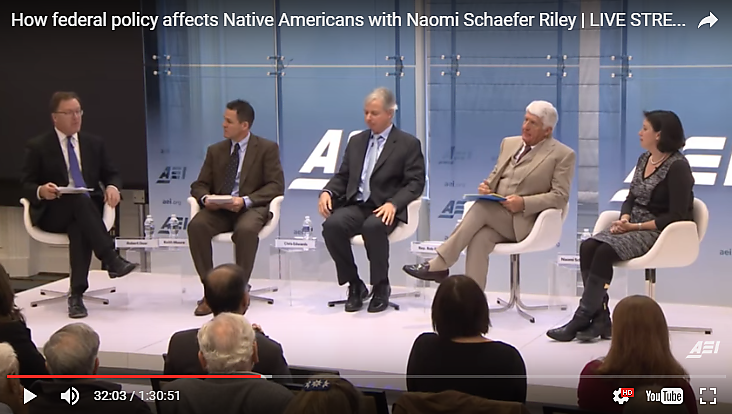 For background on how federal policies toward American Indians have been failing for two centuries, see this study.