Construction Has the Tightest Labor Market Since 2000 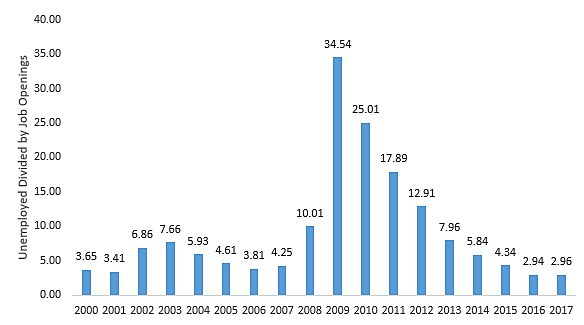 Another way to view this information is to plot the unemployment rate and job openings rate (i.e. the share of new jobs out of total jobs) for each month on a scatter plot. Figure 2 incorporates each month since 2001. In the figure, the further up and to the left a point is the tighter the labor market was in that month. The points with the 35 tightest labor markets are colored separately. The yellow months are 2017; the red 2016; and green and dark green 2006 and 2007, just before the housing bubble collapsed. More than half of the 35 tightest months for the construction labor market were in 2016 and 2017. Only four months out of the 35 were in years other than 2016-17 or 2006-7—each was in 2005 or 2015. 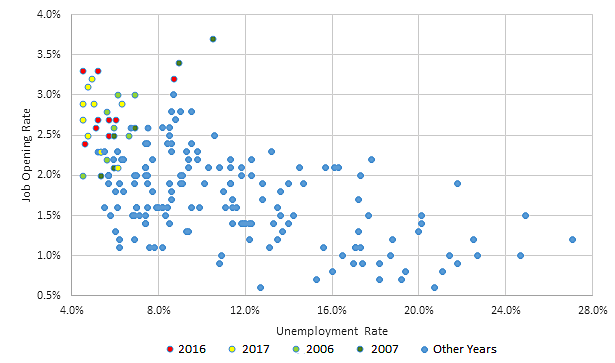 The construction industry is booming, and restrictions on the ability of these firms to hire foreign workers ultimately limit production and raise prices.