George Selgin is a senior fellow and director of the Center for Monetary and Financial Alternatives at the Cato Institute and Professor Emeritus of Economics at the University of Georgia. His research covers a broad range of topics within the field of monetary economics, including monetary history, macroeconomic theory, and the history of monetary thought. He is the author of The Theory of Free Banking (Rowman & Littlefield, 1988); Bank Deregulation and Monetary Order (Routledge, 1996); Less Than Zero: The Case for a Falling Price Level in a Growing Economy (The Institute of Economic Affairs, 1997); and, most recently, Good Money: Birmingham Button Makers, the Royal Mint, and the Beginnings of Modern Coinage (University of Michigan Press, 2008).

Selgin is one of the founders, along with Kevin Dowd and Lawrence H. White, of the Modern Free Banking School, which draws its inspiration from the writings of F. A. Hayek on denationalization of money and choice in currency. Selgin has written for numerous scholarly journals, including the British Numismatic Journal; the Economic Journal; the Economic History Review; the Journal of Economic Literature; and the Journal of Money, Credit, and Banking; and for popular outlets such as the Christian Science Monitor, the Financial Times, and the Wall Street Journal, among others.

Lawrence H. White is a senior fellow at the Cato Institute’s Center for Monetary and Financial Alternatives and has been a professor of economics at George Mason University since 2009. An expert on banking and monetary policy, he is the author of The Clash of Economic Ideas (Cambridge University Press, 2012), The Theory of Monetary Institutions (Basil Blackwell, 1999), Free Banking in Britain (2nd ed., Institute of Economic Affairs, 1995), and Competition and Currency (New York University Press, 1989). He is co-editor of Renewing the Search for a Monetary Constitution (Cato Institute, 2015), and editor of The History of Gold and Silver (3 vols., Pickering and Chatto, 2000), Free Banking (3 vols., Edward Elgar, 1993), and The Crisis in American Banking (NYU Press, 1993). His articles on monetary theory and banking history have appeared in the American Economic Review; Journal of Money, Credit, and Banking; and other leading professional journals.

White received the 2008 Distinguished Scholar Award of the Association for Private Enterprise Education. He has been a visiting research fellow at the American Institute for Economic Research, a visiting lecturer at the Swiss National Bank, and a visiting scholar at the Federal Reserve Bank of Atlanta. He is a coeditor of the online journal Econ Journal Watch and hosts bimonthly podcasts for EJW Audio. He is a member of the Financial Markets Working Group of the Mercatus Center at George Mason University. He writes regularly for the Center for Monetary and Financial Alternatives publication Alt-M. 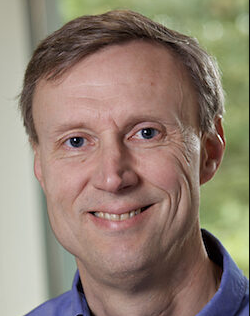 Scott Sumner is the Ralph G. Hawtrey Chair of Monetary Policy at the Mercatus Center at George Mason University. He is also Professor Emeritus at Bentley University and Research Fellow at the Independent Institute. In his writing and research, Sumner specializes in monetary policy, the role of the international gold market in the Great Depression, and the history of macroeconomic thought.Named by Foreign Policy magazine in 2012 as one of the “top 100 global thinkers,” Sumner has published papers in academic journals including the Journal of Political Economy, Economic Inquiry, and the Journal of Money, Credit and Banking. He is author of the popular economics blog The Money Illusion and a contributor to EconLog. His work has appeared in media outlets nationwide and beyond, including the New York Times, Wall Street Journal, BBC, CNBC, The Economist, Financial Times, Politico, The National Interest, and The American.

David Beckworth is an adjunct scholar at the Cato Institute’s Center for Monetary and Financial Alternatives and a Senior Research Fellow with the Program on Monetary Policy at the Mercatus Center at George Mason University and a former international economist at the US Department of the Treasury. He is the author of Boom and Bust Banking: The Causes and Cures of the Great Recession and formerly taught at Western Kentucky University. His research focuses on monetary policy, and his work has been cited by the Wall Street Journal, the Financial Times, the New York Times, Bloomberg Businessweek, and the Economist. He has advised congressional staffers on monetary policy and has written for Barron’s, Investor’s Business Daily, the New Republic, the Atlantic, and National Review.

David received his Ph.D. in economics from the University of Georgia. 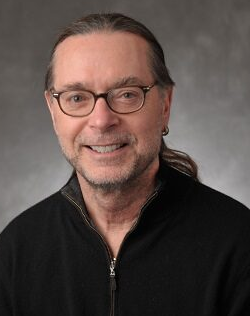 Randall Wright is the Ray B. Zemon Chair in Liquid Assets in the Department of Finance, Investment and Banking at the Wisconsin School of Business, as well as a Professor in Wisconsin’s Department of Economics. He previously held faculty positions at the University of Pennsylvania and Cornell, and was a National Fellow at Stanford’s Hoover Institution. He is currently a consultant for the Federal Reserve Banks of Minneapolis and Chicago, a Research Associate at the National Bureau of Economic Research, where he co-organizes the Macro Perspectives group, and a Fellow of the Econometric Society and Society for the Advancement of Economic Theory. He has a B.A. (Economics) from University of Manitoba, a Ph.D. (Economics) from University of Minnesota, and an M.A. (Honorary) from University of Pennsylvania. 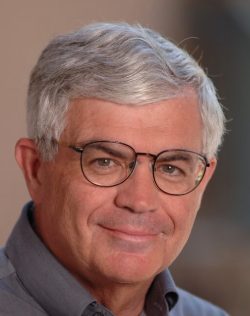