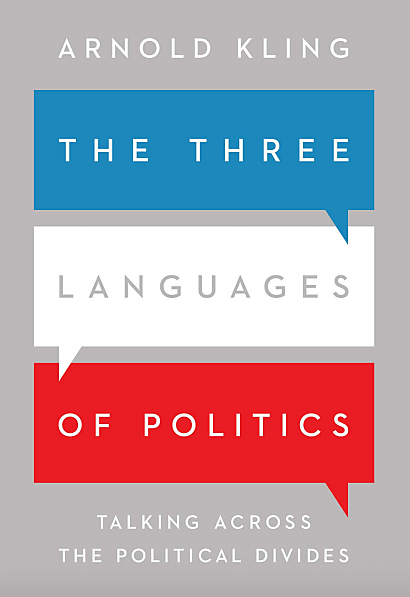 When first released in 2013, Arnold Kling’s The Three Languages of Politics was a prescient exploration of political communication, detailing the “three tribal coalitions” that make up America’s political landscape. Progressives (liberals), conservatives, and libertarians, he argues, are “like tribes speaking different languages. As a result, political discussions do not lead to agreement. Instead, most political commentary serves to increase polarization.”

Now available as a newly revised and expanded edition, The Three Languages of Politics: Talking Across the Political Divides, could not be any timelier, as Americans — whether as media pundits or conversing at a party — talk past one another with even greater volume, heat, and disinterest in contrary opinions. An accessible, precise, and insightful guide on how to lower the barriers coarsening our politics, The Three Languages of Politics is not about one ideology over another. Instead, it is a book about how we communicate issues and ideologies, how language intended to persuade instead divides, and how that can be transcended. Kling offers a way to see through rhetorical blinders so we can incorporate new perspectives, nuances, and thinking into issues we must together share and resolve.