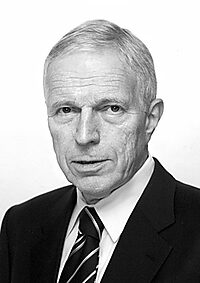 Edmund Phelps is the 2006 recipient of the Nobel Prize in Economics, for having "deepened our understanding of the relation between short-run and long-run effects of macroeconomic policy." He is the Director of the Center on Capitalism and Society at Columbia University. Phelps spoke at Cato's 2014 conference, "The Future of U.S. Economic Growth."

Speeches at the Cato Institute
The Future of Economic Growth: What Is to Be Done, December 4, 2014

Other Resources
Phelps' page on the Nobel Prize website
A review of his book, Mass Flourishing: How Grassroots Innovation Created Jobs, Challenge, and Change, in the Cato Journal, Winter 2015