The top 1 percent of the largest firms in emerging economies account for more than half of local exports and are primarily foreign owned. Despite their central role in developing countries, the extent to which host economies benefit from these enterprises is widely debated. On the one hand, monopsony power and the extractive activities of these foreign companies may explain why some places remain persistently poorer than others. On the other hand, new technologies and capital injections associated with these firms can positively affect long‐​term growth. The empirical evidence, however, remains scarce. In fact, it is challenging to estimate the causal effects of these firms on local development and follow their evolution over time.

Our work studies the effects of large foreign investment projects on local economic development. We also explore the role of monopsony power and of the spatial structure of the labor market in determining the direction and persistence of these effects. To do so, we use evidence from one of the largest multinationals of the 20th century: the United Fruit Company (UFCO), the infamous firm hosted by the so‐​called banana republics. This American firm was given a large land concession in Costa Rica and was the only employer in this region—where it required workers to live—from 1889 to 1984. In this sense, the firm appeared to function as a local monopsonist.

We find that households living within the former UFCO regions have had better economic outcomes (housing, sanitation, education, and consumption capacity) and were 26 percent less likely to be poor than households living outside those regions. This effect is persistent over time: since the UFCO closed, the treated and untreated regions have converged slowly, with only 54 percent of the income gap closing over the following three decades.

Historical data collected from primary sources suggest that investments in local amenities carried out by the UFCO—including hospitals, schools, and roads—are the main drivers of our results. For instance, we document that investments per student and per patient in UFCO‐​operated schools and hospitals were significantly larger than in local schools and hospitals run by the government, and sometimes even twice as large. Access to these investments was restricted, for the most part, to UFCO workers, who were required to live within the plantation, which might explain the sharp discontinuity in outcomes right at the boundary. We do not find evidence of other channels, such as selective migration or negative spillovers on the control group, as potential drivers of the gaps in outcomes.

Why were these investments in local amenities higher than in other amenities in the rest of the country? While the company might have invested in hospitals to have healthier workers, it is less clear why it would have benefited from more schooling. Evidence from archival company annual reports suggests that these investments were induced by the need to attract and maintain a sizable workforce, given the initially high levels of worker turnover. For instance, after describing annual turnovers of up to 100 percent per year, the 1922 report states, “These migratory habits do not permit them to remain in the plantation from one year to the next, and as soon as they become physically efficient in our methods and acquire money, they either return to their homes or migrate elsewhere and must be replaced.” Later, the 1925 report states:

We recommend a greater investment in corporate welfare beyond medical measures. An endeavor should be made to stabilize the population.… We must provide measures for taking care of families of married men, by furnishing them with garden facilities, schools, and some forms of entertainment. In other words, we must take an interest in our people if we might hope to retain their services indefinitely.

Quantitative evidence is consistent with the qualitative evidence from the company reports. In fact, empirically, the intensity of the UFCO’s investments in a location is positively correlated with the degree of competition for labor faced by the company. Using suitability to grow coffee (the main outside option for agricultural workers at the time) to explain changes in wages, we find that locations where workers had a 1 percentage point higher outside option in 1973 also had a 2.1 percentage point lower probability of being poor in 2011, on average.

Our mechanisms suggest that the relationship between labor mobility, monopsony, and investments was crucial in determining the firm’s effect. In our model, the company is a local monopsony in one location, while workers are mobile across locations. Thus, as workers become less mobile, the firm has more market power over the labor supply. We assume that the local monopsonist can choose a combination of wages and local amenities as part of the workers’ compensation bundle. These local amenities are costly for the firm and depreciate over time but increase workers’ utility and make workers more productive.

We find that after accounting for general equilibrium effects, the company’s effect over the country’s aggregate welfare is also positive, but this positive welfare effect depends crucially on worker mobility. The intuition behind this result is that if workers are less mobile, their outside options decrease, and the company can reduce their compensation. In the extreme case of immobile workers, the company could potentially not pay for the labor input, thereby negatively affecting workers’ welfare.

The result of this counterfactual analysis—that the firm could have had a large negative impact on welfare if workers were relatively immobile—allows us to reconcile our results with findings from a growing body of literature that analyzes the long‐​term impact of colonial and historical institutions on economic development. We complement previous studies by shedding light on the importance of workers’ outside options in determining the direction of this effect.

Our work also contributes to three strands of the literature on the consequences of firms exercising market power. First, we explore theoretically and quantitatively how the degree of labor market power of a firm within a location depends on the mobility of workers across locations. Second, we explore how this local monopsony power affects a firm’s incentive to invest in local amenities and consider compensation that does not focus only on wages. Third, we study long‐​term outcomes and how persistent these effects can be. Finally, the paper is related to the literature on the effects and spillovers of foreign direct investment. We show how, in a context with high labor mobility, foreign direct investment had positive local and aggregate effects due to the need to compete for labor, while in cases with low labor mobility, both local and aggregate effects can be negative. 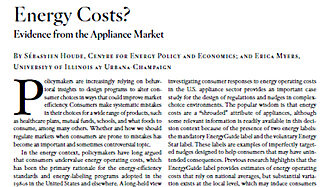 Are Consumers Attentive to Local Energy Costs? Evidence from the Appliance Market 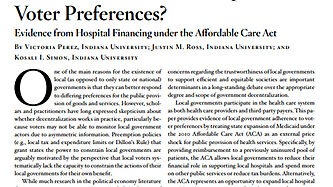 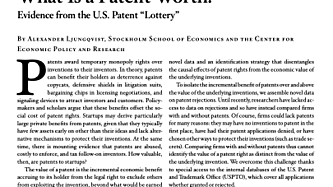