The accession of eight Central and Eastern European countries (CEECs) to the European Union in 2004 will bring some important benefits. The new members will gain from reduced barriers to trade and investment. By 2010, the movement of labor will also be freed. But accession to the EU is neither a necessary nor a sufficient condition for economic growth. The combined effects of market access and economic liberalization, not EU membership, optimize economic growth.

Unfortunately, the incoming EU members had to choose between the common market on the one hand and economic liberty on the other. Instead of concluding free‐​trade agreements with the EU, the CEECs were cajoled into an increasingly centralized superstate, in which most of their comparative advantages will be legislated out of existence. As a result, economic growth in Central and Eastern Europe (CEE) will continue to be suboptimal. The loss of potential future economic growth will be only partly offset by the CEEC’s access to the European single market.

Following the collapse of communism, the CEECs searched for a quick way to prosperity, and EU accession seemed like a rational step forward. Unfortunately, the geopolitical aim of the European elites to rival the United States enjoys clear precedence over the developmental needs of the CEECs.

Compliance with centralized EU regulations in three areas–labor, agriculture, and the environment–will impose the most significant costs on the CEECs. Western European labor regulations will make many workers in the less‐​productive CEECs less competitive; agricultural subsidies will favor current EU members over future ones; and stringent environmental regulations will impose a cost of up to 120 billion euros on CEECs.

Accession members should be wary of future EU initiatives, such as harmonization of taxes, which will further reduce their competitiveness. Once the CEECs join the EU, they should pursue a strategy that seeks to introduce economic dynamism to the region by forging an alliance with more economically liberal governments to prevent further centralization in Brussels, working to prevent the adoption of costly welfare entitlements in the new EU constitution, guarding the national veto system within the EU, and working to abolish or substantially reform the unfair Common Agricultural Policy. To the extent that the accession countries can continue to unilaterally liberalize, their economic performance could provide a useful example for other EU countries. 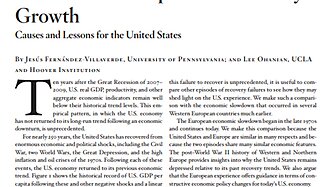