Malik Nasir was convicted of three drug charges and unlawful possession of a firearm. He was given an extended sentence based on his designation as a “career criminal” for having two prior drug convictions, one of which was only an attempted possession. The United States Sentencing Commission issues guidelines that judges use to determine the sentences of convicted criminals. One of these guidelines requires harsher sentencing for those who have committed previous controlled‐​substance offenses. But the guidelines do not include attempted drug crimes as controlled‐​substance offences—that interpretation is only in the commentaries to the guidelines.

The guidelines, like regulations issued by federal agencies, are legally binding. Judges have usually deferred to the commentaries on the guidelines, giving almost authoritative weight to the commission’s interpretations. But that type of deference was altered by the recent Supreme Court opinion in Kisor v. Wilkie. Nasir has challenged his sentence in the Third Circuit, arguing that the deference given to the commentaries was unwarranted in the wake of Kisor. Recognizing the important issues raised by this case, the Third Circuit called for a rehearing en banc (meaning every judge on the circuit will hear the case) after the three‐​judge panel argument. At issue will be whether the court keeps its precedent of deferring to the commentaries.

In Kisor, the Court paired down the deference that courts give to agencies when they interpret their own regulations. Deference to the Sentencing Commission’s commentaries is exactly that kind of deference and must be similarly restricted. Kisor said that courts should look to agency interpretations only if the regulations really are ambiguous. Past courts didn’t look for ambiguity in the sentencing guidelines before deferring to the commentaries, so Kisor makes them outdated. The guidelines are not ambiguous as to whether controlled‐​substance offences include attempts—they don’t. That, not the commentaries, should decide the case.

Cato has filed an amicus brief in Third Circuit supporting Nasir. If the district court is not overturned, American citizens will continue to spend additional years in prison on the basis of interpretations that are not law. The Third Circuit should take this opportunity to make clear that the protections which the Supreme Court has outlined against this kind excessive deference will be respected by the lower courts. 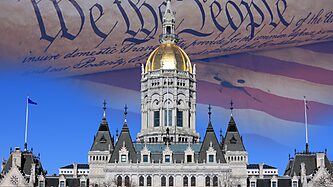 There Are Way Too Many Prosecutors in the Federal Judiciary