The Postal Service and IRS are comprised of imperfect humans who misplace documents. No matter how innocuous in intent, these inescapable human errors can cause real harm to taxpayers trying to recover overpayments from the government. When documents get lost, taxpayers miss filing deadlines, and thus lose their “day in court” to get their money back—even though fault lay entirely with a government bureaucracy.

That’s what happened to the Baldwins, a married couple from California. They overpaid taxes and sought a $167,000 refund. Although they mailed in their amended return months ahead of the deadline, the IRS claims it never came, and, as a result, the agency argues that the Baldwins can’t get a refund and can’t appeal to the courts for justice.

Since 1954, circuit courts have split on how the tax code deals with the kind of unfairness that beset the Baldwins. Some courts adopted the IRS’s unforgiving interpretation. Other courts, however, turned to a common‐​law evidentiary principle, known as the mailbox rule, which allows taxpayers to present testimonial evidence that their claims were timely mailed. After decades of litigating against the mailbox rule with mixed success, the IRS changed tack and tried an administrative shortcut. Specifically, it issued a skimpy five‐​page rulemaking to “clarify” that the statute means what the IRS always had argued in court.

The Baldwins live within the jurisdiction of the Ninth Circuit, which is among the courts that previously ruled against the IRS’s interpretation. They were thus hopeful when they challenged the agency in a federal district court. Relying on circuit precedent, the trial judge dismissed the agency’s perfunctory rulemaking and applied the mailbox rule. In the normal course, the law that binds the Ninth Circuit can change in one of three ways: legislation, a Supreme Court ruling, or a full‐​court (en banc) rehearing. Yet the three‐​judge panel upset the circuit’s jurisprudence simply by deferring to the IRS, allowing the agency’s new interpretation to trump circuit precedent.

The Baldwins, now represented by the New Civil Liberties Alliance, seek Supreme Court review. Cato, joined by the NFIB Small Business Legal Center, filed an amicus brief supporting that petition. We argue that the Court must intervene to prevent a disconcerting disruption of the constitutional balance between the separated powers.

If the Ninth Circuit’s decision is allowed to stand, the IRS would establish a constitutionally dangerous template for its peers to overcome adverse judicial decisions. The direction is clear: simply undergo a sham notice‐​and‐​comment processes and then claim Chevron deference in court. With the path blazed here, other agencies will become similarly emboldened to aggrandize their power at the hands of the judiciary. To protect our constitutional structure, the Supreme Court should get involved. 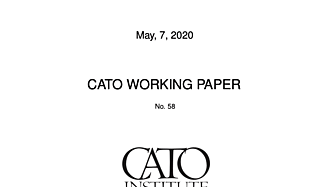 Crisis at the Supreme Court