War fever appears to be hitting a fever pitch in Washington. President Donald Trump warned that there is a chance of a “major, major conflict” with North Korea. He brought the entire U.S. Senate membership over to the White House for a briefing on the potential confrontation.

Better for Washington to pull back rather than either start a war today or receive a nuclear strike tomorrow.

A number of members are doing the usual congressional war dance which breaks out when wannabe commanders-in-chief push the president to take action! Sen. Lindsey Graham was making the case for war last week. He told NBC he favored preventative war “If that’s what it would take.”

With satisfaction, however, he declared that at least “the war would be over (there), wouldn’t be here.” So the conflict “would not ... hit America.” Of course, that’s small comfort to South Koreans, who are supposed to be our allies.

And even so, U.S. casualties likely would be very high, as American forces rushed in to stop a North Korean invasion backed by biological, chemical, and perhaps nuclear weapons. Overall casualty estimates start in the tens of thousands and race skyward. To trigger the war which the U.S. has spent 64 years attempting to prevent would be extraordinarily foolish.

Especially since there is a very easy way to remove the North Korean target from American cities. Withdraw U.S. troops from the Republic of Korea. 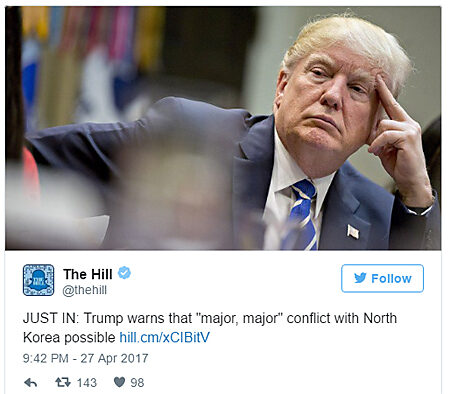 Washington policymakers horrified by the thought that Pyongyang might be able to target America ignore the fact that the U.S. was vulnerable to Soviet attack for most of the Cold War. Eventually China added a rudimentary capability to do so as well.

Yet leaders as foul as Joseph Stalin and Mao Zedong did not strike America. They didn't want to die or destroy their societies. Attacking the U.S. would have resulted in horrific retaliation. Mutual Assured Destruction is an ugly doctrine, but it worked for decades to keep the peace.

Nevertheless, there seems to be a common presumption that 33-year-old North Korean leader Kim Jong-un is irrational, even crazy. He is evil, but that doesn't make him suicidal: he, like his father and grandfather, prefers his virgins in this world.

Kim appears to be young, impetuous, and reckless, but frankly not that much different from our old, impetuous, and reckless president. Contra the fear-mongering, Kim is responding logically as head of a weak nation in a difficult geopolitical position threatened by the globe's superpower which routinely removes regimes it dislikes. 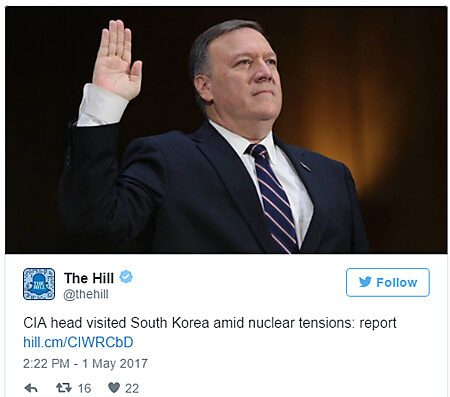 Moreover, Washington is doing all this for reasons other than protect the U.S. from foreign threats. The Cold War is over: the Koreas no longer are part of a global struggle with the Evil Empire.

Even more important, the ROK today vastly outstrips the North on every measure of power other than military, and the latter reflects a decision by the South Korean government. With U.S. backing, why bother constructing a military capable of deterring and defeating that of North Korea? International welfare creates destructive incentives, just like a domestic dole.

Absent America's presence in the region, Pyongyang would have no reason to threaten the U.S. Indeed, doing so would be foolish. The North has not announced its intention to incinerate India, Nigeria, South Africa, Germany, Brazil, Peru, New Zealand, Fiji, and Costa Rica, among others. None of them threaten North Korea. There is nothing for Pyongyang to deter. 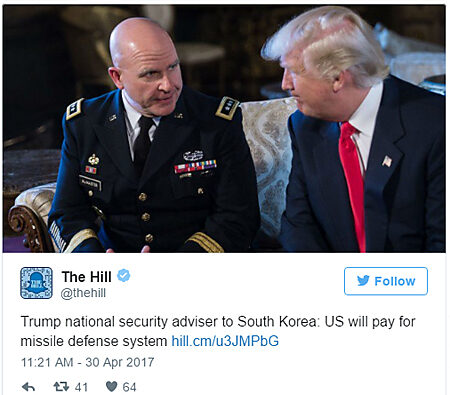 Defending South Korea, which possesses around 40 times the GDP and twice the population of the North, is a matter of choice. Yesterday entanglement risked involvement in a hideous conventional struggle. Now the cost is a possible nuclear strike on U.S. bases in Asia. Tomorrow it may be the incineration of Los Angeles, Seattle, or cities further inland. Is that danger really justified?

There ain’t no such thing as a free lunch, Nobel laureate economist Milton Friedman was fond of saying. That’s true in foreign policy as well as economics. Jump into someone else’s conflict and you are likely to get burnt. In this case the result could be getting nuked. Better for Washington to pull back rather than either start a war today or receive a nuclear strike tomorrow.

Do These Guys Prefer War with North Korea?

Establishing an Acceptable Relationship with a Nuclear North Korea

Does China Win or Lose from the U.S.-North Korea Thaw?