Despite President Donald Trump’s professed desire to withdraw the U.S. from the Middle East’s endless wars, Washington remains very involved and at risk. American forces are confronting hostile militaries in the Syrian civil war, occupying Iraq despite Baghdad’s demand that American forces leave, aiding Saudi Arabia in its bloody aggression against Yemen, and threatening to attack Iran after launching a brutal economic war against the Islamic Republic.

Equally problematic is the administration’s consistent support for the region’s worst despots. Washington essentially has farmed out regional policy to the Saudi royals despite their steady assault on political and civil liberties at home and peace and stability abroad. The U.S. says nothing about Bahrain’s Sunni al‐​Khalifa monarchy crushing the democratic aspirations of the Shia majority. And American tax dollars—more than $80 billion over the years—continue to subsidize the new Egyptian pharaoh, President Abdel Fattah al‐​Sisi, who seized power in a coup seven years ago.

The dictator’s respect for human rights has reached the vanishing point. A new report from Human Rights Watch reported that Egypt now is abusing children in prison. As part of the regime’s systematic repression, “police and officers of the Interior Ministry’s National Security Agency have arbitrarily arrested, mistreated and tortured hundreds of children. Prosecutors and judges have exacerbated these abuses through due process violations and unfair trials.”

There’s no need for Americans to be complicit in the regime’s crimes.

That the regime has fallen to new depths should surprise no one. Aided by the brutally repressive Saudi monarchy, he initiated a coup, jailed the elected president, arrested top government, party, and media officials, and killed hundreds of pro‐​Morsi protestors—probably more than died in Tiananmen Square.

He then arrested most anyone who demonstrated, criticized, or opposed him, or was close to anyone who did. Some 60,000 prisoners languish in prison; long jail terms and even death sentences are preordained. The regime had to build new prisons to hold its many political prisoners. “A series of mass trials in recent years have resulted in harsh sentences, including life imprisonment or the death penalty, based on negligible evidence and most likely related to political motivations,” explained Freedom House.

In 2014, al‐​Sisi choreographed his election by near‐​acclimation, claiming more than 97 percent of the vote like some kind of communist caudillo. Two years ago he allowed only one election opponent, a professed supporter who said he was “not here to challenge the president.” When other candidates announced their intention to run, al‐​Sisi forced them out of the race with threats and, in some cases, arrests. The candidates’ supporters, and sometimes the candidates, ended up in prison. Since he was counting the votes, another 97 percent victory was easily attained, but fervent exhortations, blatant bribes, and ugly threats could not nudge the turnout beyond 41 percent. Seven percent of ballots cast were spoiled. After all, of what use was voting, other than to legitimize the pharaoh’s rule?

The regime seeks to maintain the veneer of legality as it entrenches increasingly unpopular rule. Freedom House added:

The persecution of Sisi’s potential challengers in the 2018 presidential election illustrated the regime’s determination to eliminate any opportunity for a peaceful change in leadership. By tightly controlling the electoral process, intimidating presidential candidates into withdrawing, and offering credible opposition parties no significant space to function effectively, the government makes it nearly impossible for the opposition to gain power through elections.

This year Egypt earned a “not free” rating from Freedom House, which gave the regime just 21 points out of 100, down from 22 last year and 26 the year before. The organization’s judgment is succinct: “Meaningful political opposition is virtually nonexistent, as expressions of dissent can draw criminal prosecution and imprisonment. Civil liberties, including press freedom and freedom of assembly, are tightly restricted.”

Human Rights Watch (HRW) agreed that 2019 was a bad year for the Egyptian people:

The authorities resorted to a range of repressive measures against protesters and perceived dissidents, including enforced disappearance, mass arrests, torture and other ill‐​treatment, excessive use of force and severe probation measures, particularly after protests against the President on 20 September.

Indeed, the fact that even small protests occurred after years of bloody repression apparently spooked the wannabe pharaoh, triggering the biggest crackdown since he seized power, with the arrest of more than 3,800 people. “The authorities have carried out sweeping arrests of hundreds of peaceful protesters,” Amnesty International reported last October. “As well as carrying out more targeted arbitrary arrests of human rights lawyers, journalists, political activists, and politicians.”

Despite the hopes of Coptic Christians, many of whom backed the coup out of fear of increased influence of the Muslim Brotherhood, “the authorities restricted Christians’ right to worship by closing at least 25 churches and failing to provide approval for thousands of others to be built or repaired,” Amnesty International noted. The State Department also acknowledged the problem, producing a 20‐​page report that pointed out, among other issues, “prosecutors employed charges of denigrating religion to arrest anyone who appeared to criticize Islam or Christianity, with a disproportionate number of all blasphemy charges brought against the country’s Christian population.”

As if the regime had inadequate power, it changed the law with constitutional amendments to “consolidate authoritarian rule, undermine the judiciary’s dwindling independence, and expand the military’s power to intervene in political life,” according to HRW. One effect was the expanded use of military tribunals, forgoing even the pretense of civilian justice.

The government routinely deploys “terrorism” charges against its critics as a tool for simple repression. The Supreme State Security Prosecution, “a special branch of the Public prosecution responsible for investigating national security threats, is complicit in enforced disappearances, arbitrary deprivation of liberty, torture and other ill‐​treatment,” Amnesty International explained last November. “It has detained thousands of people for prolonged periods on spurious grounds and rampantly violated detainees’ fair trial rights.”

Children as young as 12 have been detained, “disappeared,” convicted, imprisoned, and tortured. HRW presented the testimony of youngsters guilty of nothing other than protesting government abuses—and in some cases simply being near demonstrations by others. Alas, the group concluded that “police and officers of the Interior Ministry’s National Security Agency have arbitrarily arrested, mistreated and tortured hundreds of children. Prosecutors and judges have exacerbated these abuses through due process violations and unfair trials.”

The State Department human rights report on Egypt runs 57 painful pages. The State Department detailed human rights violations that Secretary of State Mike Pompeo studiously ignores: “unlawful or arbitrary killings, including extrajudicial killings by the government or its agents and terrorist groups; forced disappearance; torture; arbitrary detention; harsh and life‐​threatening prison conditions; political prisoners; arbitrary or unlawful interference with privacy; the worst forms of restrictions on free expression, the press, and the internet, including arrests or prosecutions against journalists, censorship, site blocking, and the existence of unenforced criminal libel; substantial interference with the rights of peaceful assembly and freedom of association, such as overly restrictive laws governing civil society organizations; restrictions on political participation violence involving religious minorities,” and more.

Given this record, it should come as no surprise that many of the revolutionaries against Hosni Mubarak and instrumental to his overthrow in 2011 now look back on his reign with nostalgia, noting that both poverty and repression have increased. It took al-Sisi’s misrule to rehabilitate Morsi. A 24‐​year‐​old street vendor said of the latter to the Washington Post: “I think people have more appreciation for him.”

The U.S. cannot force the new pharaoh to respect human rights. Nor is the cut‐​off of foreign aid a serious threat since the Saudis could easily make up the lost cash. They even effectively bought islands long coveted by Riyadh but held by Egypt, sparking significant popular discontent. Admittedly, the alternative to al‐​Sisi might not be democracy—the military’s effective rule goes back to its ouster of King Farouk in 1952–but even a less repressive autocrat would be an improvement.

In any case, there is no need for the U.S. to remain complicit in al-Sisi’s many crimes. He has little choice but to work with Washington, given his military’s dependence on American weaponry. And he won’t wage war on Israel even if cut off by the administration.

Finally, al-Sisi’s boundless repression is likely to boomerang, ultimately sparking another upheaval, perhaps more violent and destabilizing than the last one. Egyptians are likely to be radicalized by the brutal repression, encouraging them to look to violent and extremist Islamists. Philip Crowley, formerly of the State Department, worried that “the seeds of the revolution are budding in Egypt right now.” The Atlantic Council’s H.A. Hellyer warned that “by closing the space for expressing dissent openly, the possibility is that something far more chaotic than 2011 becomes more likely.”

Washington should end both civilian and military aid and press the regime to reform its people’s rights and liberties. It is bad enough to tolerate mass repression. It is appalling to embrace it.

Donald Trump Offered to Help North Korea on Coronavirus. Why Not Iran? 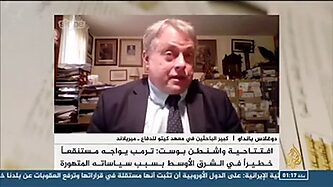 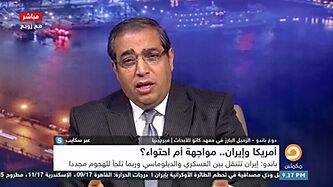 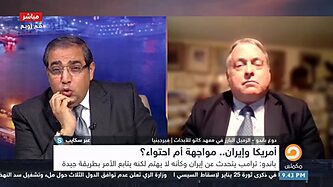