Confirming Amy Coney Barrett to the Supreme Court so close to the election, thus depriving Joe Biden of the chance to fill that seat, seems not to have hurt Republicans. It’s doubtful that any would‐​be Trump voters broke the other way due to that power play and Senate Majority Leader Mitch McConnell’s well‐​oiled confirmation machine likely netted votes for the GOP down‐​ballot.

Indeed, replacing the late Ruth Bader Ginsburg with one of the rising stars of the conservative legal movement—the biggest jurisprudential shift since Clarence Thomas succeeded Thurgood Marshall in 1991—is a high‐​profile example of President Trump’s biggest success: judicial nominations. Legislation can sunset, regulations can be rescinded and agency guidance isn’t worth the pixels it’s typed on, but judges are for life, continuing to affect our world long after the president who appointed them has departed the White House. Justice Ginsburg served nearly 30 years on the High Court, giving President Clinton’s legal‐​policy agenda a bridge well into the 21st century.

Thanks to the system put in place by Trump’s first White House counsel Don McGahn and the unrelenting tenaciousness of McConnell—who recognizes that this is very much his legacy too—this administration has exceeded all expectations in finding committed and youthful originalists and textualists and getting them into black robes. In the circuit courts of appeal, where the buck stops in all but 60–70 cases each year, Trump got a record 30 judges confirmed in his first two years and 53 overall, more than anyone in a single term except Jimmy Carter, for whom Congress created many new judgeships to fill.

Put another way, when Obama left office, nine of the 13 federal circuits had a majority of judges appointed by Democratic presidents. Now seven have a majority appointed by Republican presidents and even the Ninth Circuit, long the poster child of progressive jurisprudence—for historical, not geographic reasons; see those Carter judges—close to equipoise.

As Trump’s total number of confirmed Article III judges (Supreme Court, circuit courts, district courts and the Court of International Trade) approaches 230, now is no time to take the foot off the gas. With nothing else to do in the lame‐​duck Senate, McConnell should take his own earlier advice and “leave no vacancies behind.”

And those judicial vacancies are melting away. On Inauguration Day 2017, there were 105 open slots, which grew to more than 150 before a tweak in Senate rules—reducing the floor time required to “debate” nominations—sped up the process. There are now about 50, with nominees pending for more than half. Almost all the rest are district judges in states like California and Washington, where Democratic senators have refused to make any deal, preferring that their courts remain shorthanded rather than let Trump get any say in their judges.

Overall, Trump has now appointed more than a quarter of the federal judiciary, and this impact is particularly felt in the circuit courts. With two more circuit judges, Trump would tie Obama’s two‐​term output. Coincidentally, there are currently two circuit vacancies (and nominees for them), while another judge just announced that he’s taking senior status at the end of the month.

The Breyer example, plus others in the district courts, also undermines the idea that a “Thurmond Rule” ends confirmations about midway through presidential election years. Although Senator Strom Thurmond did lead the successful bipartisan effort to block LBJ’s proposed elevation of Justice Abe Fortas in 1968, he later held hearings and confirmed nominees deep into 1984.

A 2012 Brookings Institution report showed that confirmations have not historically stopped in the final year of a presidential term, though they do slow down (as they have this year). The Congressional Research Service in 2008 likewise found no “consistently observed date or point in time after which the Senate ceased processing district and circuit nominations during the presidential election years from 1980 to 2004.” If all this sounds like the debate over filling Supreme Court vacancies arising in election years, that’s because it is: as with Supreme Court nominations, the result depends almost entirely on whether the Senate is controlled by the president’s party.

McConnell has told the Biden transition team that he’ll work with them on centrist executive branch nominees but no “radical progressives” or nominees who are controversial among conservatives. And the same will go for judges, assuming that Republicans maintain control of the Senate after the Georgia runoffs. But in the meantime, McConnell has to keep doing what the people elected (and just reelected) him to do, and what people most appreciate about the expiring Trump presidency. 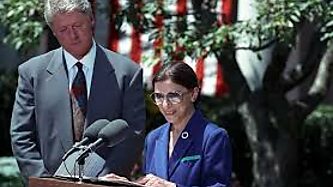 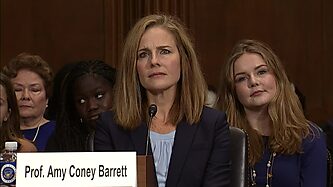 Democrats Are Fighting Trump’s Judges Like Never Before, but Trump’s Still Winning

Judicial Nominations Have Always Been Political