All it took for President Donald Trump to win widespread political acclaim was to bomb another nation. The lust for war — “leadership,” in more popular parlance — unites Republican and Democratic leaders.

If the president is serious about enforcing humanitarian principles, his next target will be Saudi Arabia, which is responsible for thousands of civilian deaths in Yemen. True, Washington is complicit and it would be embarrassing for the U.S. Air Force to bomb American military facilities as well.

Trump’s strikes on Syrian military installations were a tragic mistake that risks entangling America in another no‐​win Middle Eastern conflict.

Of course, U.S. foreign policy rarely has been about principle. Ironically, the president reinforced the truth of his criticisms of the political establishment by joining it. After promising not to repeat the previous administration’s mistakes in Iraq and Libya, he has launched America into the middle of a murderous, multi-sided civil war. He’s really no different than leading Rs and Ds.

First, the attack was unlawful. The Constitution requires a congressional declaration of war. Being commander-in-chief allows response to attack, not initiation of hostilities. The Founders vested the president with far less power than the British monarch in this regard: Congress’ assent was required to loose the dogs of war. Indeed, in 2013 candidate Donald Trump said it would be a “big mistake” if President Obama did not get legislative approval for military action in Syria. 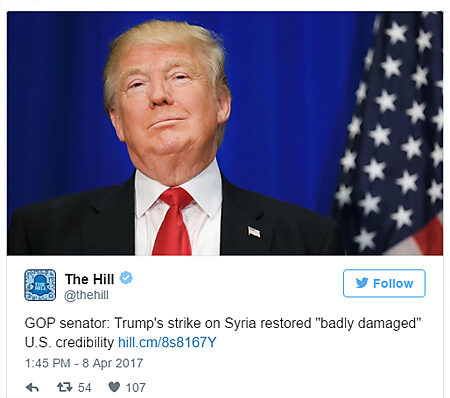 Second, the U.S. had no vital interests at stake warranting the use of military force. As candidate Trump declared in 2013, “do not attack Syria. There is no upside and tremendous downside.” For policymakers today the military has become a first resort almost irrespective of the issue involved. Yet war is fundamentally different than other policy tools and should be reserved for serious if not existential threats — to America’s people, territorial integrity, constitutional liberties, and economic survival. Nothing at stake in Syria affects any of these.

Third, the president apparently made his decision based on his emotional reaction after seeing photos from the gas attack. But that is a foolish basis for U.S. foreign and military policy. The world is full of horror, including a nearly half million deaths in Syria, most due to more mundane causes, namely bullets and bombs. The U.S. will be very busy if awful images are enough to push the president into war.

Fourth, the attack makes a moral mountain out of a policy molehill. Chemical weapons are awful, but are not truly weapons of mass destruction. In result they differ little from standard munitions. Damascus and its opponents apparently may kill promiscuously as long as they don’t use gas. This dance of angels upon a pinhead does not justify war. 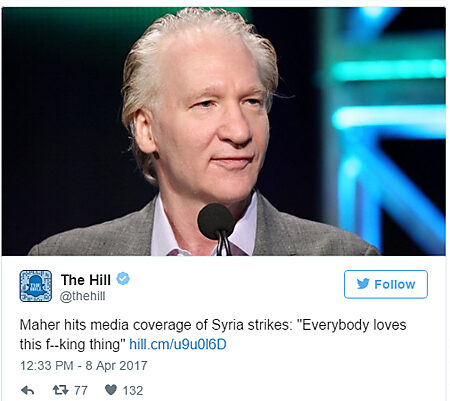 Fifth, the missile strikes appear to be a spasm of outrage rather than part of any larger strategy. But ad hoc involvement in the most virulent civil war in years is likely to lead to extremely counterproductive results. Washington officials intended to enter Afghanistan, Iraq, and Libya, and those conflicts still didn’t turn out well. Unintentionally becoming a combatant in Syria would be even worse.

Sixth, damaging Assad empowers the Islamic State. And Secretary of State Rex Tillerson suggested that regime change is back on the table, despite the president’s long commitment to the contrary. Unfortunately, Assad’s ouster would trigger the civil war’s second round. And in most revolutions those who ultimately triumph usually are not the sensitive “moderates” but the most brutal and determined forces — France’s Jacobins, Russia’s Bolsheviks, Iran’s Islamists, Nicaragua’s Sandinistas. After a similar triumph in Syria, the slaughter would be redoubled.

Seventh, if U.S. military involvement deepens, the prospect of yet another catastrophic result of an American intervention would encourage ever greater American intervention — to defeat ISIS, protect religious minorities, forge a new government, create stability, expel Iranian forces, constrain Russian influence, suppress Kurdish ambitions, and undertake whatever additional tasks dreamy social engineers in Washington concocted. The result would be an ever wider and more costly conflict.

Eighth, the strikes offer international lessons, but primarily the wrong ones. Sen. Marco Rubio (R-Fla.) pointed to North Korea and Russia. But Pyongyang already possesses deterrent power, the possibility of destroying Seoul, South Korea’s capital near the border. Now the North has even greater reason to persevere with its nuclear program. Moscow, too, will be more inclined to wave its nuclear capacity to remind Washington policymakers that Russians are not “people you want to be messing with,” in Rubio’s words.

How Donald Trump May Push America into a War with Iran

When Will Trump Bring Home U.S. Forces from Syria?