Recall what’s going on here: In 2012, the Department of Homeland Security (DHS) issued a memo creating DACA, which allows people who were brought here illegally as children (the so‐​called Dreamers) to apply for a renewable “lawful presence” status exempting them from removal, along with work authorizations and other benefits. Two years later, it created a similar program, the Deferred Action for Parents of Americans and Lawful Permanent Residents (DAPA).

In the 2016 case Texas v. United States, an evenly divided 4–4 court (after Justice Antonin Scalia’s passing) affirmed without opinion an injunction issued against DAPA for violating the Immigration and Nationality Act (INA). In June 2017, based on an opinion of Attorney General Jeff Sessions that DACA was unlawful because its defects mirrored those in DAPA, DHS announced a phase‐​out of DACA, which has been stuck in the courts ever since.

And it allows presidents to legislate, a recipe for everexpanding federal and executive power

But Chief Justice John Roberts’s majority opinion didn’t simply adopt the lower courts’ reasoning that DACA was likely lawful and thus the administration couldn’t end it so easily. Instead, he first found that “DACA is more than a non‐​enforcement policy” of the kind that merits broad deference to the executive branch, but also an affirmative‐​benefits policy, the rescission of which must follow the niceties of the Administrative Procedure Act (APA). And since both the Fifth Circuit in the DAPA case and Sessions in his memo focused only on the illegality of granting certain benefits, DHS’s action was “arbitrary and capricious,” a no‐​no in administrative law.

In other words, precisely because nobody challenged executive authority to set removal priorities—going after violent criminals ahead of the Dreamers, say—the Trump administration couldn’t simply claim that all of DACA went beyond presidential power, but had to show its work as to the illegal parts. That technical reason for blocking rescission is debatable, and I think Justice Brett Kavanaugh’s dissent has the better of that argument over Chief Justice Roberts’s majority opinion. I won’t go into all the details, but it’s clear that the administration didn’t do a good job explaining its decision—not that it needed to, points out Kavanaugh—or differentiating the part of DACA that’s legal (“forbearance,” or deprioritizing deportation of certain classes of people) from the part that’s not (granting temporary status and benefits).

The problem is that because DACA is more than non‐​enforcement, more than executive or prosecutorial discretion, it goes beyond the powers presidents are given under the INA. Indeed, it goes beyond the powers presidents can be delegated by Congress, because these sorts of actions constitute making rather than enforcing the law.

In other words, the majority says that President Trump issued a new regulation without giving sufficient reasoning and otherwise following the APA. But if that’s the case, then President Obama acted even more egregiously in rewriting the law in the first place.

“DHS created DACA during the Obama administration without any statutory authority and without going through the requisite rulemaking process,” wrote Justice Clarence Thomas in dissent, joined by justices Sam Alito and Neil Gorsuch. “The majority does not even attempt to explain why a court has the authority to scrutinize an agency’s policy reasons for rescinding an unlawful program under the arbitrary and capricious microscope.”

The court could’ve avoided that glaring hole in its administrative‐​law reasoning—and any concerns about the “nondelegation doctrine”—by just deferring to the administration’s reasonable if insufficiently explained legal judgment, as Cato’s amicus brief suggested. It didn’t even need to rule on DACA’s legality, but could’ve instead found that what one president established via memo, another can rescind with another memo, for good, bad, or no reason at all.

Instead, it set a precedent that one president’s executive action can’t be rescinded by the next president unless he jumps through hoops that his predecessor didn’t have to. That’s a recipe for ever‐​expanding federal and executive power, to the detriment of our constitutional system of government. As Thomas put it, the holding “is incorrect, and it will hamstring all future agency attempts to undo actions that exceed statutory authority.”

Finally, as a matter of policy, it’s a good thing that DACA beneficiaries—themselves no strangers to jumping through administrative hoops—will now be allowed to stay here and continue their lives as productive members of society. Good for them and good for the country.

But for how long? Because today’s decision not only goes against the rule of law, it harms the prospects for fixing our broken immigration system. Just as Obama’s imposition of DACA and DAPA poisoned the well for legislative solutions, this ruling removes all pressure from Congress to act.

A decision upholding rescission would’ve forced Congress’s hand. Now we’re left with a mutually antagonistic muddle that benefits nobody but both parties’ Manichean political operatives. As is often the case with a Roberts opinion, an attempt to depoliticize an issue or remove the Supreme Court from the electoral fray only does the opposite. 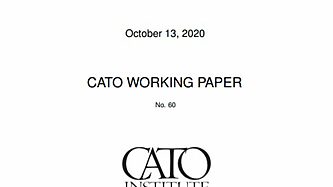 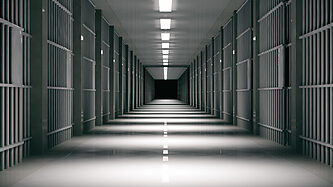 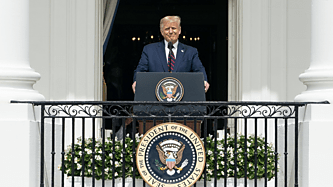