The conservative movement lost a giant last week with the passing of Jon Basil Utley. Largely unknown to the public, he understood the horror of tyranny and devoted his life to promoting liberty. He was 86 and suffered from lymphoma. He beat cancer once and returned to the political battlefield as active as ever. But this time he ventured into a new realm.

A gentle, friendly soul, Jon was activist and donor, colleague and adviser, and most fundamentally a friend. An antiwar activist within a movement that was captured by neoconservatives two decades ago, he was always cheerful even when a seemingly forlorn figure at right‐​leaning gatherings. Yet his background gave him a unique authority absent to most conservatives today.

Jon was born in the Soviet Union in 1934. His mother was Freda Utley, a British intellectual who visited the USSR after World War I and, like many others, fell for the seeming promise of communism. She met his father, Soviet economist Arcadi Berdichevsky, when he served in the Soviet trade mission in London. They returned to the Soviet Union, where her illusions were soon shattered with Berdichevsky’s arrest in 1936. As a British citizen, she was able to get out with Jon. In Britain, she received two postcards from her husband, then nothing; she initiated a public campaign to release her husband, enlisting the aid of leading left‐​wing intellectuals and even writing to Stalin. Two decades later, she found out that he was executed in 1938.

A gentle, friendly soul, Jon Utley was a dear friend to many who cherish liberty. He will be missed.

Berdichevsky was arrested for allegedly being a Trotskyite; Stalin feared fellow Bolshevik Leon Trotsky until the latter’s assassination in 1940. Imprisoned at Vorkuta Corrective Labor Camp, or Vorkutlag for short, Jon’s father was executed at the Brick Quarry, a notorious site mentioned in Alexander Solzhenitsyn’s Gulag Archipelago. Berdichevsky was one of three leaders of a hunger strike in his prison camp and was found guilty of “provoking massive discontent among the prisoners,” Utley explained. Berdichevsky was formally rehabilitated in 1961, only a quarter century late.

In 2004, Utley traveled to Russia, visiting the Federal Security Service (formerly KGB) archives and Perm gulag museum. He reviewed his father’s file, which included three photos of Berdichevsky, his mother’s letter, and the execution order signed by Joseph Stalin. Utley made a fascinating half‐​hour film of his quest.

The experience helped turn his mother, who emigrated with Jon to America, into a fervent anti‐​Communist. In 1940, she penned The Dream We Lost. Explained Utley: “It had a very profound effect on intellectuals who later built the anticommunist movement in America after 1945.”

She wrote a number of books in succeeding years, including Odyssey of a Liberal, a biography covering her early years and political journey. Perhaps most important for Jon’s intellectual development, his mother turned their home into a salon of sorts, with leading conservative intellectuals in regular attendance. Jon could not escape being involved in the conservative movement.

Nevertheless, though journalism and activism were in his blood, he began his career with American International Group Insurance in Colombia, Cuba, and Venezuela, all destined to become international hotspots. He later worked in the oil and real estate industries.

Still, his calling remained clear. He was a foreign correspondent for Knight‐​Ridder, involved in Latin American publications, and entered the Voice of America during the Reagan administration. Ultimately, his career became his work on behalf of freedom.

He was involved with and supported many movement organizations. For instance, he backed Reason foundation and magazine and Future of Freedom Foundation, as well as the Cato Institute, with which I am affiliated. However, his special passion was hating communism. So he naturally celebrated its demise. After the collapse of the Soviet Union, he worked and traveled with the Atlas Economic Research Foundation, now the Atlas Network, to promote the newly free states’ transition to capitalism and democracy. Years later he supported the Victims of Communism Memorial to ensure that people remembered the legacy of mankind’s most destructive modern ideology.

He was no narrow ideologue, however. After the demise of the “Evil Empire” in Ronald Reagan’s famous description, Jon took on another cause: peace. He was never attracted by the superficial cant delivered by hardened revolutionaries and their fellow travelers. He had no sympathy for the ideological posturing of authoritarians in sheep’s clothing. His personal experience demonstrated the big lie that undergirded systems like the USSR.

However, he truly believed in limited government and individual liberty. And understood how war undermined both. His views were a bit like that of James Madison, who warned: “Of all the enemies of true liberty, war is, perhaps, the most to be dreaded, because it comprises and develops the germ of every other. War is the parent of armies; from these proceed debts and taxes; and armies, and debts, and taxes are the known instrument for bringing the many under the domination of the few.” But there was something more. Jon was appalled by the human cost to Americans and other peoples. His moral concern and human compassion did not end at the country’s border. Patriotism never blinded him to the harm done to other societies by Washington’s promiscuous war‐​making.

In 1991, Jon organized against the first Gulf War. He backed creation of anti​war​.com, for which I wrote a column in the late 2000s, becoming the first major donor in 1999, according to co‐​founder Eric Garris. Years later he became publisher and financial benefactor of The American Conservative, an iconoclastic right‐​leaning publication, for which I write a weekly column, helping it financially as well.

These were his passions, though he did not stop there. He was never satisfied with just a financial role. Not one to sit in the grandstands reviewing others’ work, he also wrote regularly for numerous publications. He loved the intellectual contest, shaping the argument, convincing others, and especially addressing philosophical friends who needed to be saved from their wayward ways. He was a political evangelist, thriving on personal contact and going where the people were. For him, as Jesus said, the fields, political in Jon’s case, “are ripe for harvest” (John 4:35). Observed Kelley Vlahos at The American Conservative:

So many people called Utley ‘friend’ because that is what he was. He zeroed in on interesting, authentic people at every station in life and cultivated new bonds with unusual fervor. He was known to use the standing room at conferences, empty spaces between tables at dinners, and hallways outside of events to introduce his new and old compatriots to one another, hoping to spark meaningful collaborations. Business cards were passed, years‐​long friendships formed.

Perhaps his most yeoman, and certainly courageous, service was going to a seemingly endless succession of conservative meetings evangelizing against war. This wasn’t easy, especially during the Bush years, with many conservatives doubling down on the Iraq debacle. I saw him regularly at the Wednesday Group meetings hosted by Grover Norquist and Americans for Tax Reform.

Week in and week out, Jon would make announcements, distribute articles, and question speakers. Other regular attendees knew what was coming. Many, probably with little knowledge of his background, clearly wished Jon would just go away. But he never did. And he was never discouraged, or at least never showed it, no matter how cold the rebuff from the majority of listeners. Like an Old Testament prophet, he felt compelled to call sinners to account. They had to choose to repent. But if they did not, he would be back the following week to chastise them again.

Conservative stalwart Lee Edwards noted Jon’s willingness to speak his mind irrespective of the views of others. Edwards cited the typical result: an embarrassed silence after Jon spoke. But afterwards, reported Edwards, “people would come up to him and say, ‘Jon, keep saying that. Keep asking those questions.’”

Jon had the courage others admitted that they lacked.

In fact, despite the criticism received from hawkish Republican regulars, he could point to two Republican presidents who seemed uncomfortable with war. Ronald Reagan turned to missile defense in horrified reaction to the doctrine of Mutual Assured Destruction, which prescribed retaliation for any Soviet attack, which would incinerate Moscow and other major cities. Despite constant bluster and inconsistency, Donald Trump has angered hawks by balking at their many proposals for military action.

In 2014, the Committee for the Republic made a video to honor Jon on his 80th birthday. Last year he received a lifetime achievement award from The American Conservative. The presentation was a heartfelt affair. The nine‐​minute tribute video captured his life and appropriately was entitled “Jon Utley: A Lifetime of Courage.” His friends and colleagues offered many compliments. But the most obvious and emblematic was “brave.” With the same consistency that he opposed communism, he opposed war.

Yet his political activities should not take away from Jon the person. He was warm, friendly, and encouraging. He exhibited a basic decency and civility in making his case. Prolific iconoclastic writer Jim Bovard offered the ultimate compliment: “Jon was almost a novelty in Washington: when he asked how you were doing, he actually gave a damn about the answer.” Jon did.

Jon Basil Utley was unique. Good, decent, dedicated, and principled. And a good friend. The conservative movement needs more activists like him. He will be missed. 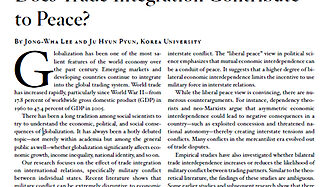 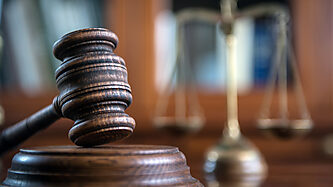 Are a Disproportionate Number of Federal Judges Former Government Advocates?

Back to the Future: U.S. Negotiates With War Advocates and Criminals of Old