Currency crises, like those gripping some emerging market countries today, give rise to questions about the desirability of central banking. And why not? After all, central banks armed with discretionary powers to create money and credit are behind each and every currency crisis. They are also the engine that generates inflation. And, it is inflation that destroys wealth, undermines growth, and destabilizes societies. 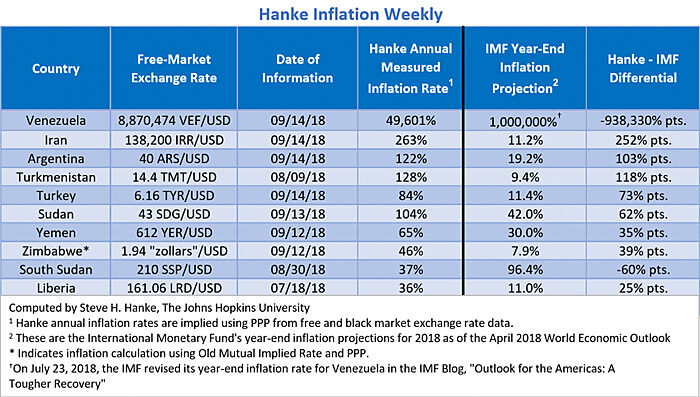 Currency boards have existed in about 70 countries, and none have failed. The first one was installed in the British Indian Ocean colony of Mauritius in 1849. By the 1930s, currency boards were widespread among the British colonies in Africa, Asia, the Caribbean, and the Pacific Islands. They have also existed in a number of independent countries and city‐​states, such as Danzig and Singapore. One of the more interesting currency boards was installed in North Russia on November 11, 1918, during the civil war. Its architect was none other than John Maynard Keynes, who was a British Treasury official at the time.

Given the superior performance of currency boards, the obvious question is “What led to their demise and replacement by central banks after World War II?” The demise of currency boards resulted from a confluence of three factors. A choir of influential economists was singing the praises of central banking’s flexibility and fine‐​tuning capacities. In addition to changing intellectual fashions, newly independent states were trying to shake off their ties with former imperial powers. Additionally, the International Monetary Fund and the World Bank, anxious to obtain new clients and “jobs for the boys,” lent their weight and money to the establishment of new central banks. In the end, the Bank of England provided the only institutional voice that favored currency boards.

Since their post‐​World War II demise, currency boards have witnessed something of a resurgence. In terms of size, the most significant currency board today is Hong Kong’s. It was installed in 1983 to combat exchange rate instability. In the wake of the collapse of the Soviet Union, several countries adopted currency boards. They successfully crushed inflation and ushered in stability and growth.

The world needs fewer central banks. Venezuela and Argentinashould mothball theirs and dollarize. For other countries with failing central banks, currency boards are a proven elixir. Special cases of Iran, Russia, and Turkey are noteworthy. To produce currencies that are as good as gold—a currency not issued by a sovereign—these countries should go for gold‐​backed currency boards.

A Gold Bloc for Iran, Russia, and Turkey…Oh My!

Time for President Donald Trump to Bury the U.S.-Turkey Alliance