Accepting Syrian migrants in America and Europe has become an increasingly divisive political issue. Critics point out that the Gulf States, though mostly majority Sunni, have refused to offer refuge to any fleeing Syrians, also mostly Sunnis. However, Syria’s direct neighbors bear a huge burden, with Jordan, Lebanon, and Turkey each hosting more than a million refugees. 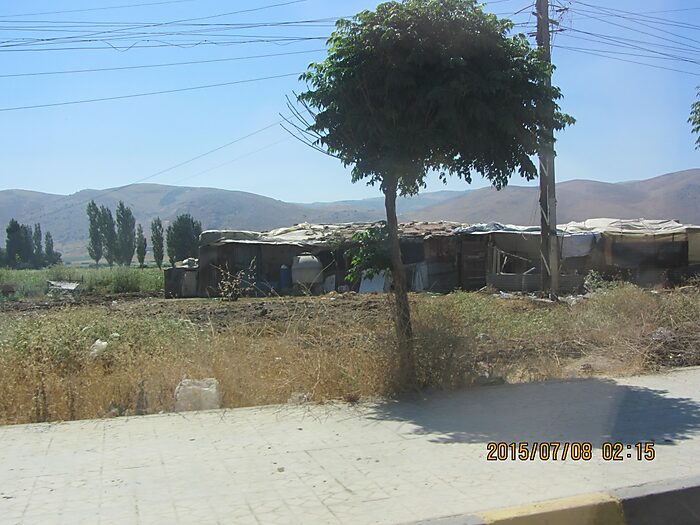 Many Syrians have dispersed into the larger community, especially in Lebanon. Both Jordan and Turkey host large camps as well. Refugee camps have become a symbol of our violent world, as people seek to flee conflicts which threaten their lives and destroy economic and social life. More than four million people have left Syria and even more have been displaced internally. 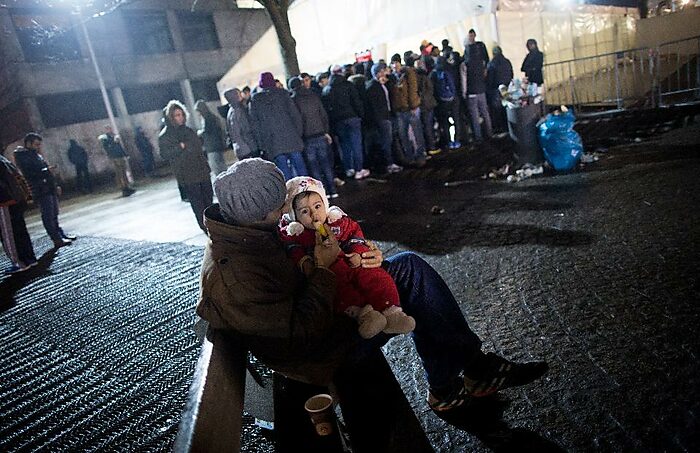 A man from Syria feeds his daughter as asylum seekers line up in Berlin on December 21, 2015. (KAY NIETFELD/AFP/Getty Images)

The migrant rush to Europe should surprise no one. Even Syrians who desire to return to their homeland see little reason for hope. The war continues. No political solution can erase the hatreds aroused after more than four years of conflict. When peace finally takes hold, much of the nation's infrastructure will sit ruined, requiring reconstruction. 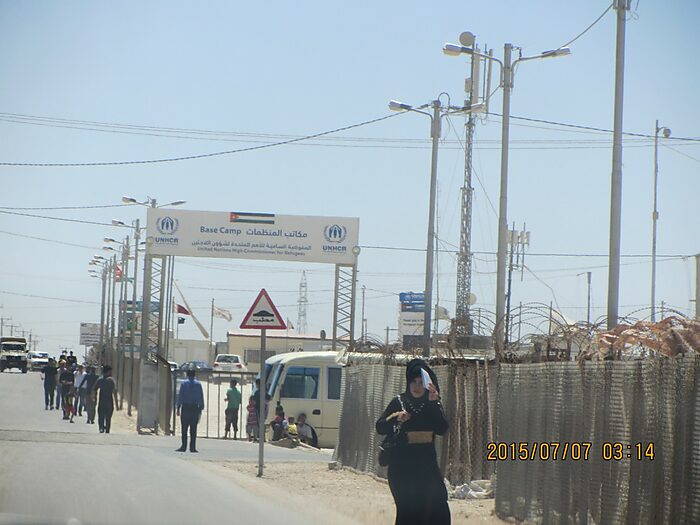 Moreover, why would anyone want to stay in a refugee camp? Last year I visited Zaartari Refugee Camp, located just a few miles from the Syrian border in Jordan. I was traveling with undefined International Orthodox Christian Charities, which carries out an expansive ministry addressing many different needs of Syrians inside and outside of their country. 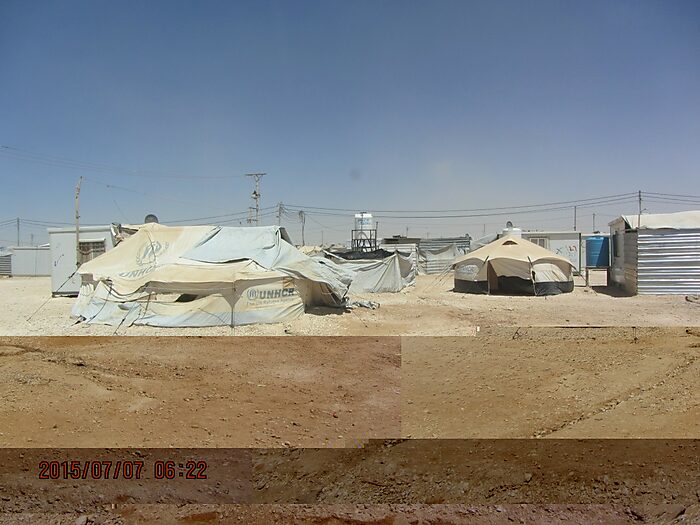 Zaartari, just a few miles from the Syrian border, was opened in July 2012 as a tent encampment. Covering about three square miles, it quickly filled and now contains around 80,000 people, making it Jordan's 4th largest "city." It is divided into 12 districts and people are free to move within, as many do, to get closer to desired services. In 2013 a second camp was constructed nearby. Zaartari's population is evenly divided between men and women. More than half of the residents are under 18. 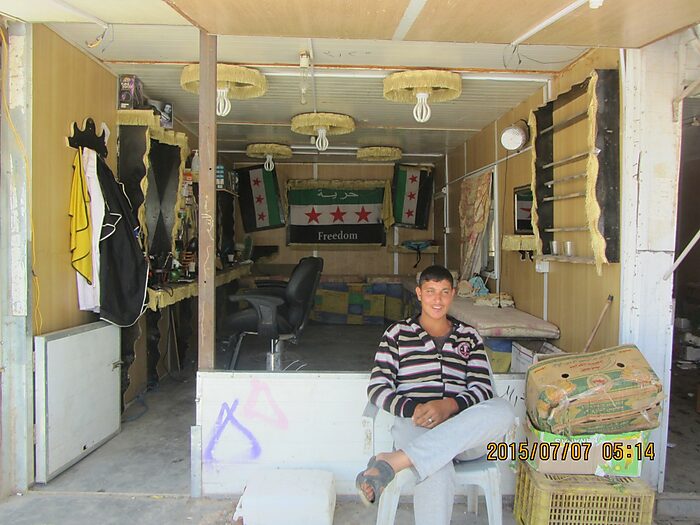 Zaartari has not been the happiest of places. Residents have demonstrated, sometimes violently, to protest poor living conditions and inadequate food, as well as the depredations of the Assad government. Around 430,000 people have spent some time in the camp. Roughly half went elsewhere in Jordan while many others returned to Syria. 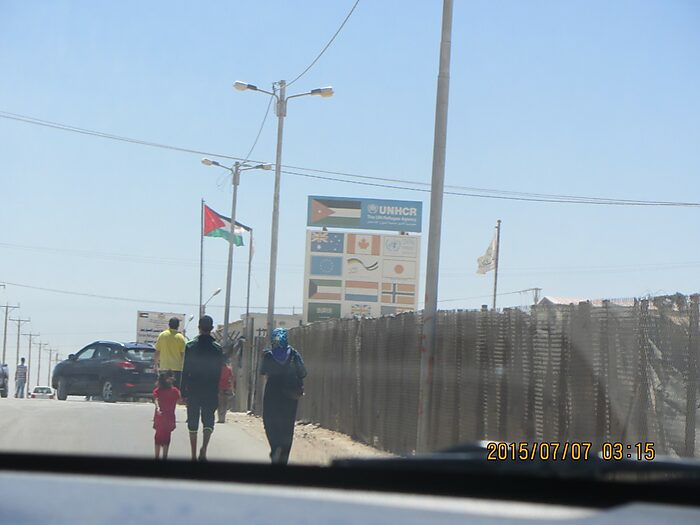 The United Nations High Commissioner for Refugees has overall authority to care for refugees, but the camp is managed by the Hashemite Charity Organization. A multitude of other governments and NGOs, such as the IOCC, my host, support Zaartari's operations. 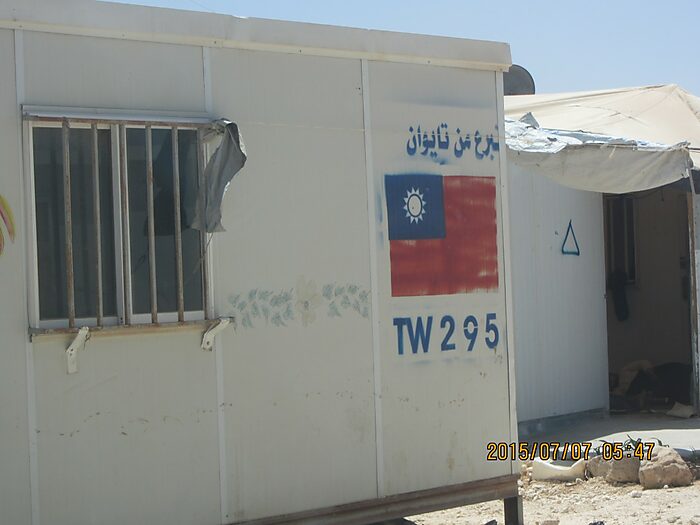 Even Taiwan, struggling to maintain an independent identity against China, is active at Zaartari Refugee Camp, Jordan. (Doug Bandow, 07/07/15)

Camp life is tough. Although the size of a small city, its residents are largely dependent on the charity of others. Economic life is almost entirely controlled from outside. 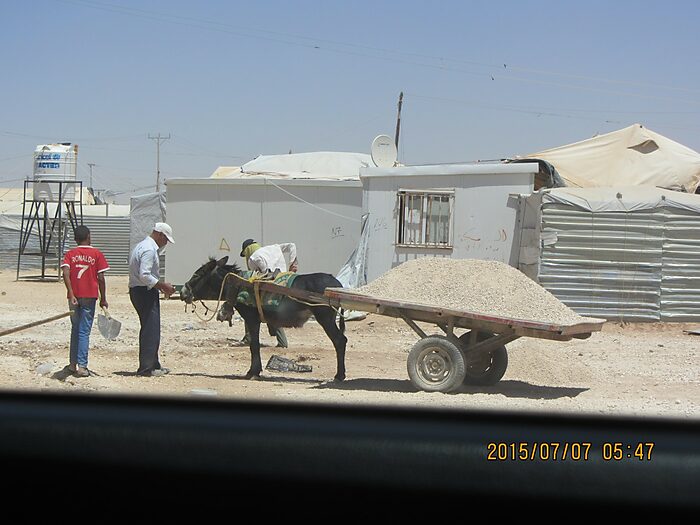 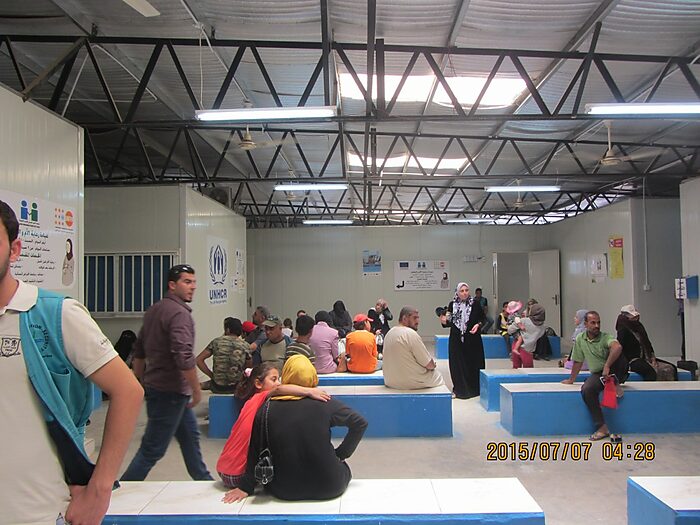 People in America and elsewhere in the West enjoy lives of comparative privilege. We should respond with compassion to those in need, including from afar.

When there is less aid money, the "city" sputters. Zaartari went without electricity for nine months when UNHCR didn't have the money to pay the Jordanian government.

I visited a clinic which typically serves about 700 people daily. Samer Makahleh, with the Jordan Health Aid Society, coordinates health care programs. "To fill gaps we go to outside partners like IOCC," he explained. The hardest medical cases have to be transported elsewhere, and as many as 100 people are waiting for more expensive operations, such as heart procedures. For these "they need a special donor," said Makahleh. Two people came up to me during my brief visit seeking financial support for operations. 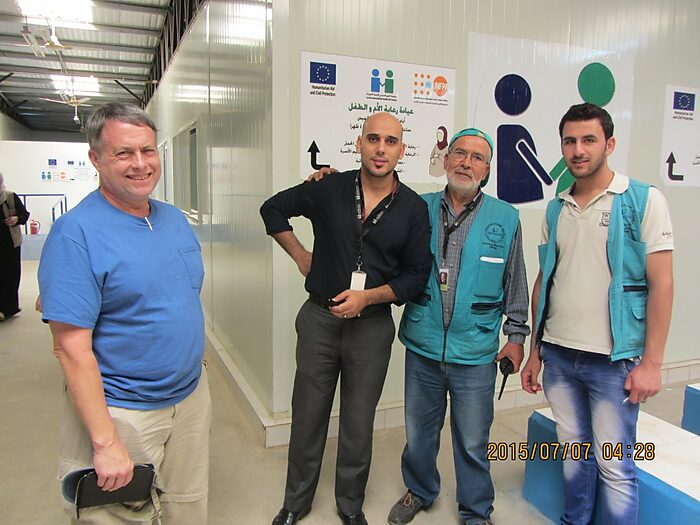 Refugees receive a stipend of roughly $30 a month. Many also work for the camp, NGOS, or in private shops. Most surprising may be the diversity of private businesses, around 2500 in all, many of which line the main street, called the Champs-Elysees. The UNHCR estimates that 60 percent of working age refugees are employed to some degree. Even 13% of children labor some, a number missing school as a result. 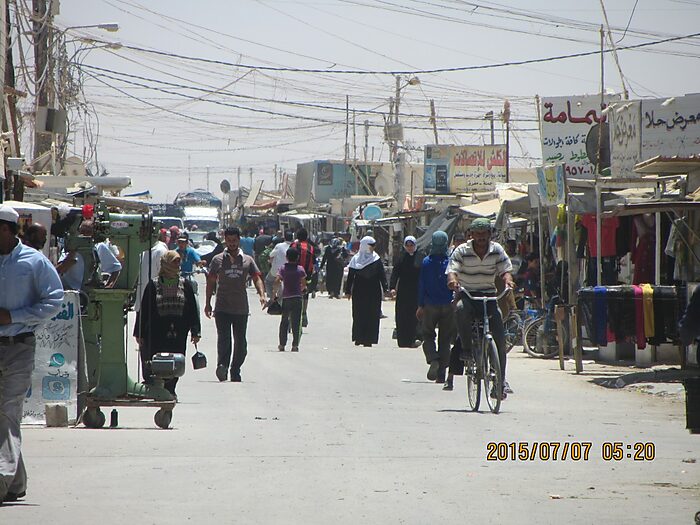 The security manager said 16 of his 28 employees were Syrians. I met 22-year-old Abdul al-Jabbar, who said his family of nine came from the city of Daraa to the camp three years ago. His mother and the kids arrived first and later were joined by his father. Life was difficult, he said, "but at least we are alive. We must adapt." One of his brothers works for a private business and another in their parents' small retail shop. 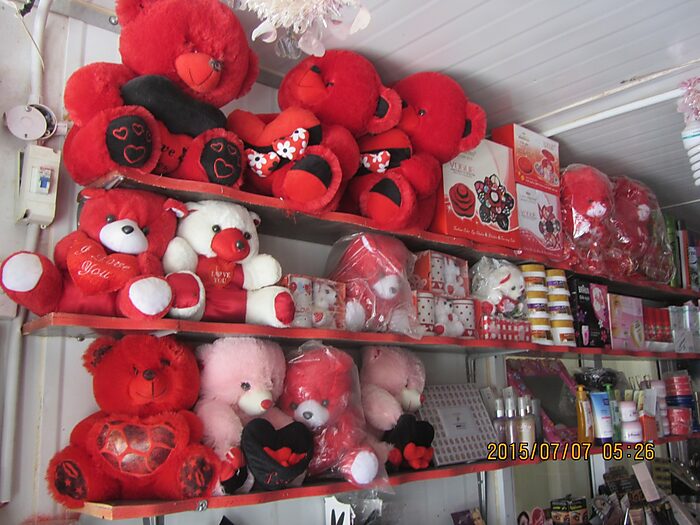 Almost anything is available for a price. 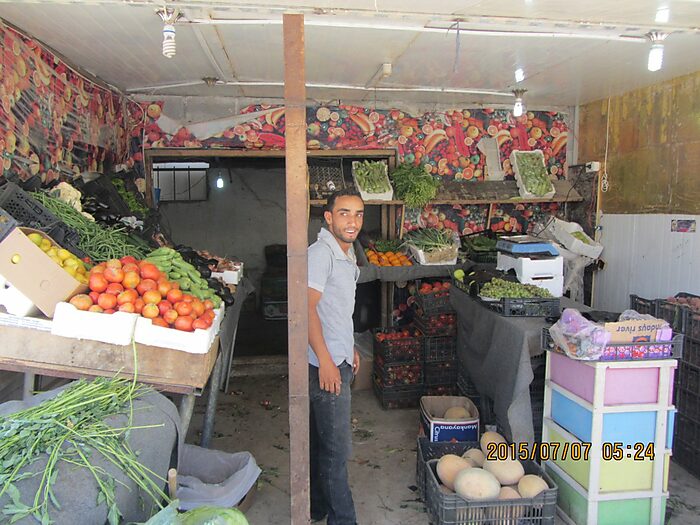 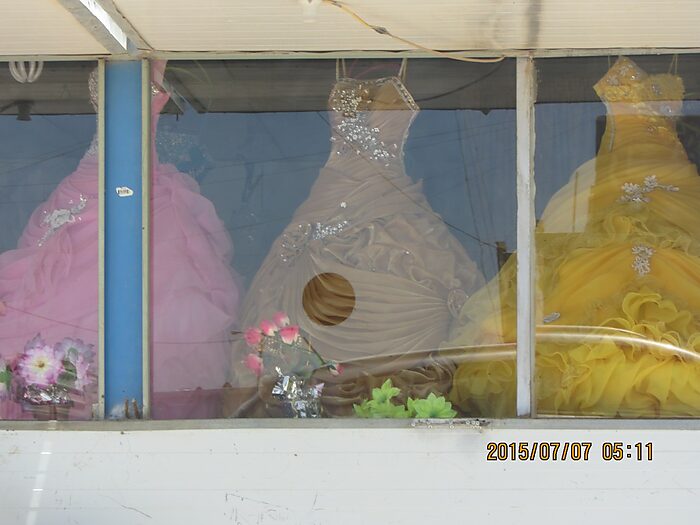 There are barbers and hair-dressers. Restaurants and cafes. Residents can buy falafels and order pizzas. There's even a travel agency, though few refugees are in a position go far. I bought a few worry beads to supplement my supply. 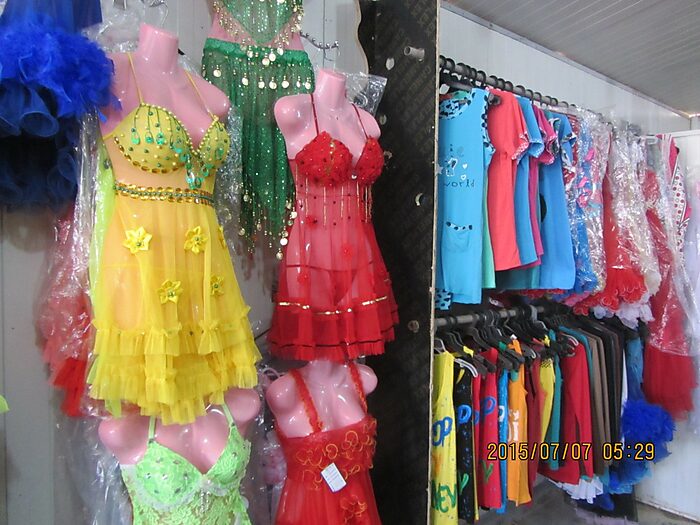 Many refugees simply took up their old line of work—the owner of a clothing shop said that was his business back home. 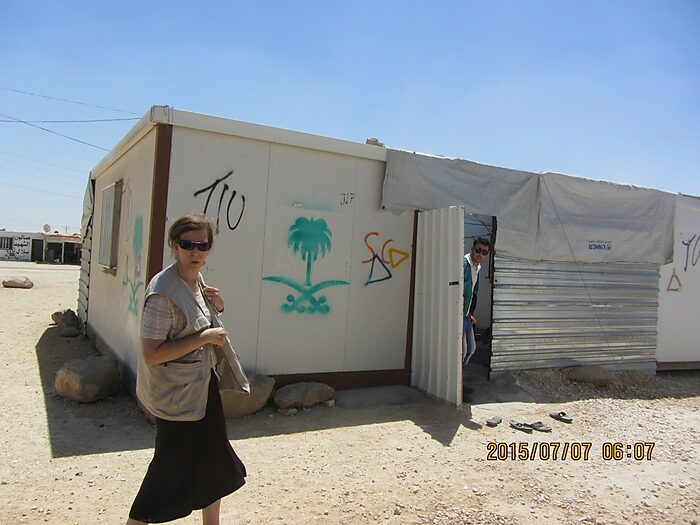 Homes are a mix of tents and containers, which can be purchased by residents to gain a bit more protection from the extremes of hot and cold. Most refugees now have their own latrines and kitchens, instead of having to rely on communal facilities. There is little furniture, though cushions are popular. 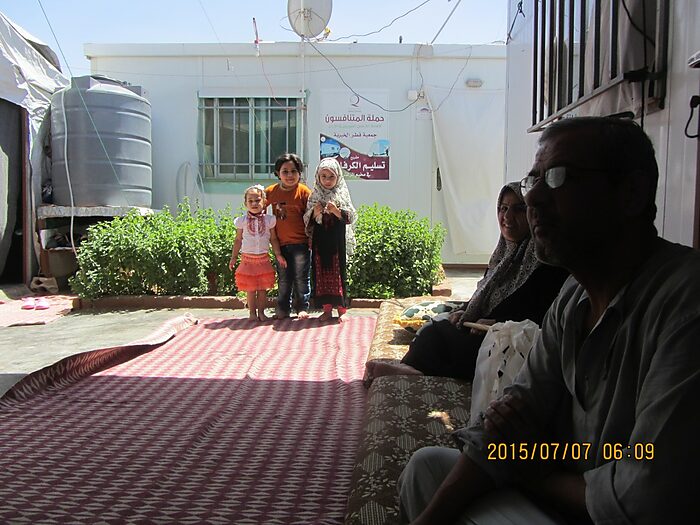 The landscape is dusty, a bit out of Mad Max World, suggested journalist Mark Haddon of London's Daily Mail. But there are spots of green. 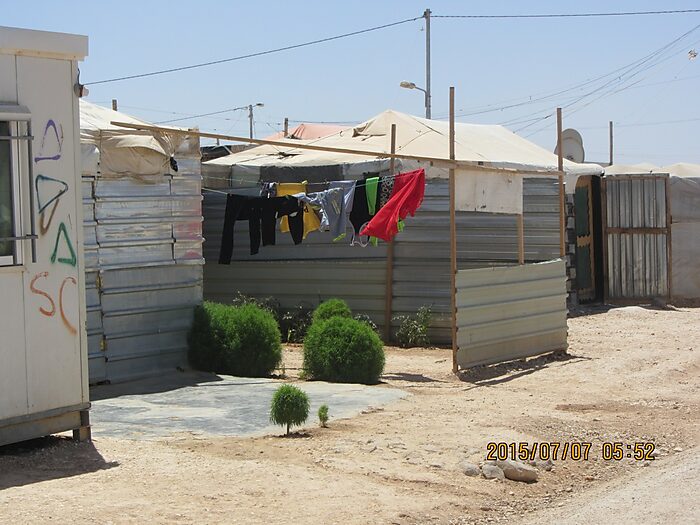 Two homes, across from each other, have a few plants growing outside. Both families, from the Syrian city of Daraa, were farmers. 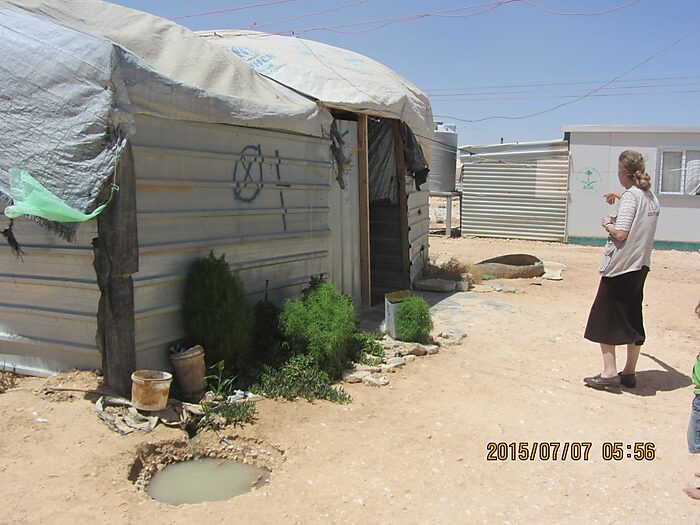 They are determined to preserve a little memory of home, and use wastewater to keep the plants alive. 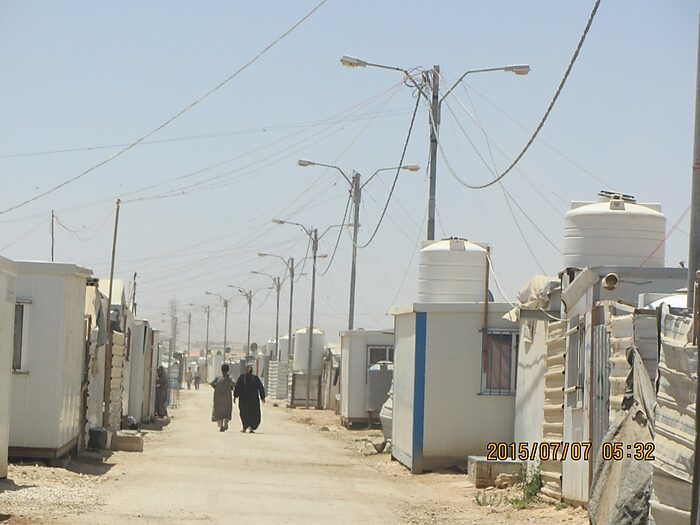 The future weighs heavily. Many refugees want to return to their homes, which may no longer exist. Others would like to try life outside of the camp in Jordan, but cannot go legally without financial sponsorship. 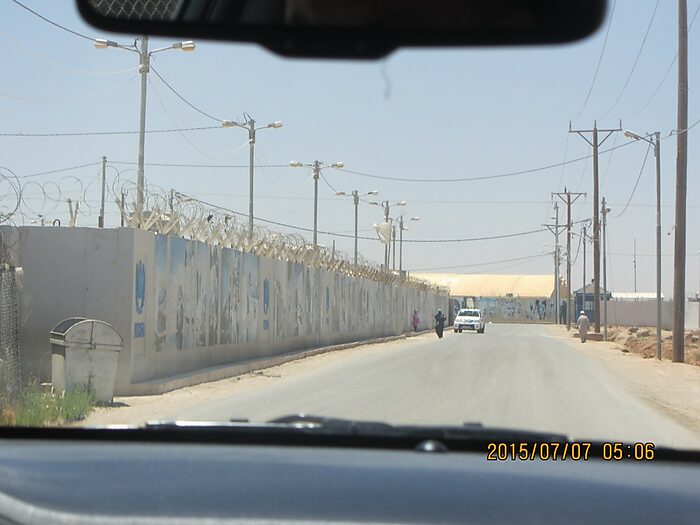 The country already is saturated with refugees, inflating rents, filling jobs, and creating resentments. Some residents hope for resettlement elsewhere, an unlikely prospect as political opposition to increased immigration rises. 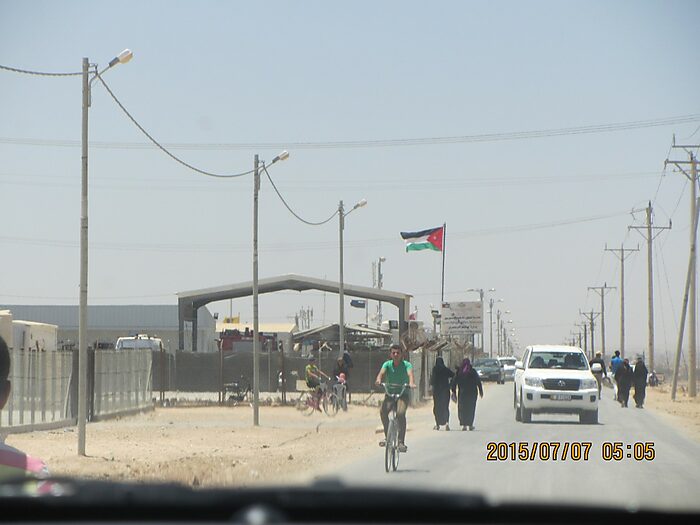 Still, life goes on. One of al-Jabbar's sisters is now engaged. Starting a family under such circumstances obviously is hard, yet about 80 babies are born every week. Some girls are married off young, yielding a dowry to help the family purchase necessities. Many more are just acting like people elsewhere. The present may be difficult, but who wants to wait for a future which may never come?

People in America and elsewhere in the West enjoy lives of comparative privilege. We should respond with compassion to those in need, including from afar. Even Americans afraid to open their nation to Syrian refugees can give to organizations, such as IOCC, based in Baltimore but with offices around the world, which help care for the human tsunami which threatens to overwhelm Syria's neighbors. 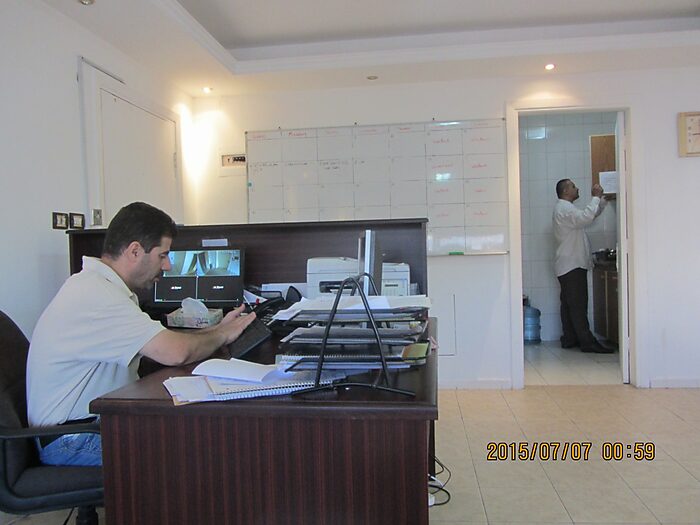 "Whatever you did for one of the least of these brothers of mine, you did for me," said Jesus (Matthew 25:40). Helping refugees in Zaartari would be a fine place to start.

America Must Realize It Has No Say in Syria’s Future

Washington’s Influence in Syria Is Nowhere to Be Found