Argentina is in the grip of yet another currency crisis. Since April, the peso has lost 26.2% of its value against the greenback (see the chart below). 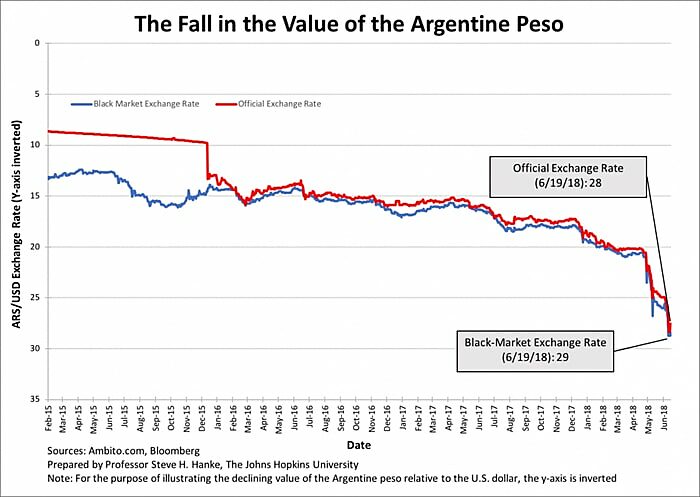 As night follows day, Argentina's already elevated inflation rate has soared. By my measure, which is based on Purchasing Power Parity (PPP), Argentina's annual inflation rate today is 76%. This is almost three times higher than the official rate of 26.3% (see the chart below). 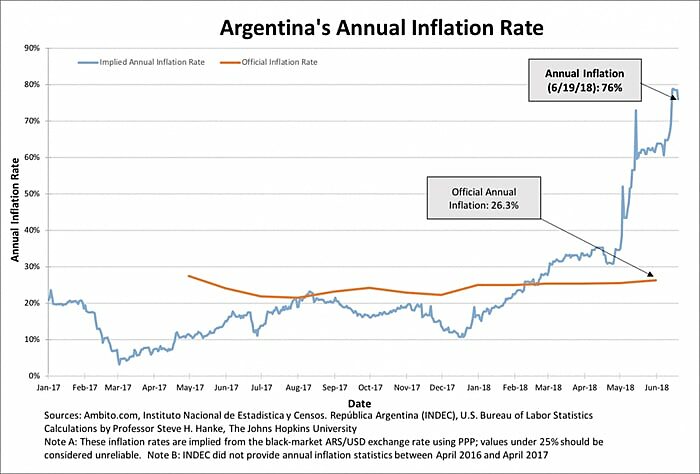 Following standard operating procedure in Buenos Aires, the Governor of the Central Bank of Argentina's (BCRA) head rolled. Federico Sturzenegger, an MIT Ph.D. in economics, was replaced by Luis Caputo, who had been the Minister of Finance in the Macri government and was formerly a currency trader. But, a changing of the guard at the BCRA will not solve Argentina's currency problem. Indeed, the problem is not the Governor, but the BCRA itself. Argentina's Central Bank should have been mothballed and put in a museum long ago.

The BCRA was founded in 1935. If we take a long view, one which starts at the Bank's founding, the picture is clear. In 1935, GDP per capita in the U.S. and Argentina were almost the same. As the chart below shows, that equality has disappeared into the sunset. 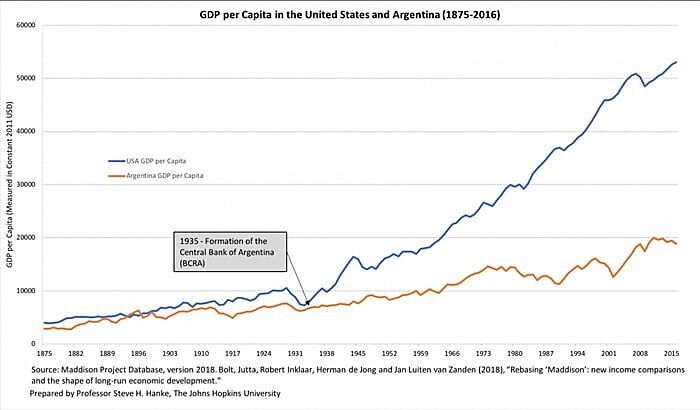 As of 2016, the U.S. GDP per capita was 2.8 times larger than Argentina’s. This is not surprising. Indeed, Argentina has been plagued with a pathetic and crisis-prone peso, while the U.S. has been “blessed” with the greenback – a currency that has conquered and remains atop the commanding heights of the international financial system.

To put the greenback-peso contrast into perspective, consider that the peso lost 13 zeros in the 20th century. Although the greenback might have lost plenty of its purchasing power, it never lost any zeros. It also never triggered U.S. debt defaults. In contrast, the pathetic peso has been at the epicenter of external and internal debt defaults in Argentina.

Let’s now take a look at how the BCRA has performed recently under two dramatically different governments. As Milton Friedman put it in his 1987 New Palgrave Dictionary of Economics entry, “Quantity Theory of Money” (QTM), “The conclusion (of the QTM) is that substantial changes in prices or nominal income are almost always the result of changes in nominal supply of money.” The income form of the QTM states that: MV=Py, where M is the money supply, V is the Velocity of money, P is the price level, and y is real GDP (national income).

According to my calculations, the average percent real GDP growth under President Kirchner was 1.99%, the average growth in Total Money Supply (M3) was 28.57%, and the average change in the velocity of money was -1.32%. Using these values and the BCRA inflation target of 10% (the average of the BCRA’s 8-12% range), I calculated Argentina’s “golden growth” rate for Total Money to be 13.31%. 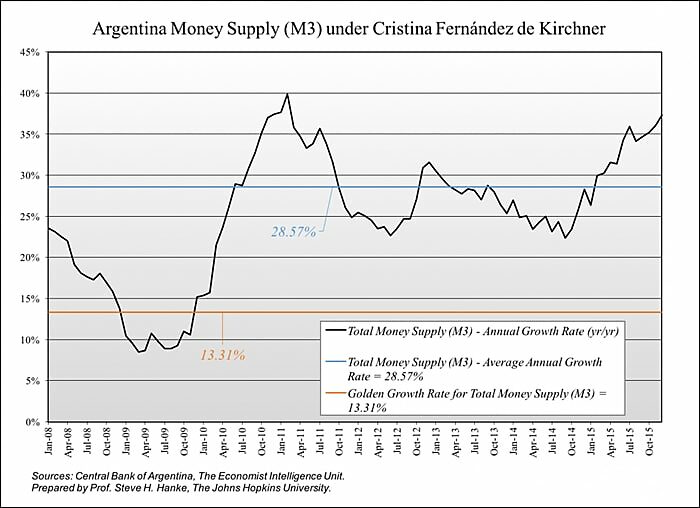 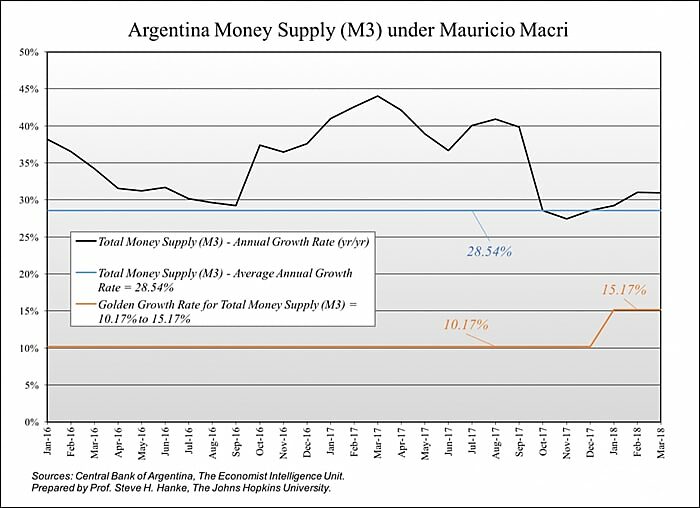 It’s clear that under both the Kirchner and Macri governments, the BCRA was wildly off the mark. Indeed, the growth rate of broad money exceeded the “golden growth” rate by 15.26% on average during the Kirchner years and by 13.37-18.37% during the Macri years. Not surprisingly, the BCRA has never been able to come close to meeting its inflation target, and the pathetic peso is in crisis once again.

It’s time to mothball the BCRA and dump the peso. Argentina should officially dollarize its economy.