President Trump tweeted last night that he was going to sign an executive order to temporarily halt all immigration to the United States in response to COVID-19.

He offered two justifications for this move. The first is that a ban on immigration will help to contain the spread of COVID-19 in the United States. The second is to make sure immigrants don’t take American jobs. Both reasons are mistaken.

Immigration bans at this stage of the COVID-19 pandemic won’t halt the spread of the disease, because it’s already here. The United States has the greatest number of COVID-19 cases and deaths of any country in the world. On a per‐​capita basis we’re doing better than many other countries, but COVID-19 is here and halting immigration now won’t change that.

The federal government absolutely should restrict the movement of immigrants, tourists, and American citizens returning from abroad if they pose a threat to public health. Extra precautions such as quarantines upon entry or before departing are entirely reasonable for the duration of the crisis. But the peer‐​reviewed evidence is clear that travel bans are ineffective at preventing the spread of diseases like COVID-19 after it’s already been seeded, as my colleague David Bier points out.

At best, the travel restrictions that President Trump placed on people from China on February 2nd delayed the spread of COVID-19 in the United States by a few days to a few weeks. That amount of time would have been valuable if the government was able to prepare, but instead it did nothing. If President Trump had restricted all travel to the United States in early January—including the return of Americans—then he might have seriously impeded the spread of the virus, but we can’t criticize him for that; the World Health Organization doesn’t recommend travel bans and only a few people at that time were worried about a pandemic.

And the February 2nd travel restriction was already too late to stop the spread of the virus, because Patient Zero, the first known person to have COVID-19 in the United States, was already here. He returned from visiting family in Wuhan, China on January 15, 2020 and was sick a few days later. Biographical details about this person are not available, but since he “returned” to the United States it’s fair to say he probably didn’t get sick on his first trip here. According to the available evidence, a new immigrant didn’t bring COVID-19 to the United States.

President Trump also tweeted that temporarily halting immigration would help Americans who lost their jobs during to pandemic, but this isn’t quite true either. President Trump has already halted immigration to the United States in response to COVID-19, with a few exceptions for temporary lower‐​skilled workers and a few others. Thus, this new executive order can be viewed as a public declaration of already existing policy.

Additionally, many of the migrants coming in will be working in essential sectors of the economy like agriculture. Although American unemployment is skyrocketing, generous unemployment benefits recently boosted by Congress has made it more difficult to hire workers for industries that are struggling to serve Americans during the crisis. Tom Colicchio, the renowned restaurateur and “Top Chef” judge, said that many workers in the restaurant industry are not “going to come back to work because unemployment is too attractive.”

Many American workers are in states with shelter in place orders and the government is essentially paying some of them not to work, for a time at least. This unintended outcome can be remedied by reforming unemployment benefits or other policy tweaks, but in the meantime Americans demand many essential services that will be disproportionately supplied by migrant workers. The flow of those workers into the United States, as constrained as it is due to the crisis, should continue to guarantee that essential services are still supplied.

Trump’s Immigration Ban Is Discriminatory, Damaging Policy That Congress Explicitly Rejected in 1965: the Parallels Are Striking 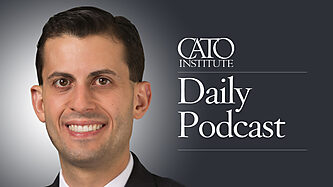 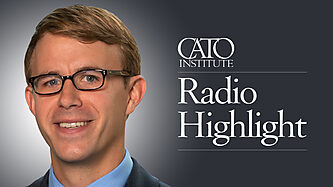 There Is No Good Justification for the New Immigration Ban