Earlier this week, the Fed left its target Fed funds rate unchanged at 2.25–2.50%. In addition, the Fed indicated that it had turned dovish. Rather than two Fed funds rate hikes in 2019, the Fed has now signaled that there will be none. And that’s not all. Starting in May, the Fed will reduce its balance sheet unwind of its Treasury holdings to $15 billion per month from $30 billion, and that it will end the unwind in September.

All this dovishness must have warmed the cockles of President Trump’s heart. For some time, Trump has been targeting the Fed with Twitter storms that have complained that the Fed has been too hawkish.

Well, the Fed apparently saw what the President saw. Or, maybe not. After all, one line of argument used to support the Fed’s new dovish stance is that the stance is necessary given the uncertainties that abound — both at home and abroad (read: regime uncertainties being created by President Trump himself).

In adopting its new dovish stance, the Fed has done the right thing. At least, that’s what the data show. Forget the President’s Tweets. Let’s run the analytics:

Let’s use QTM to make some bench calculations to determine what the “golden growth” rate is for the money supply. This is the rate of broad money growth that would allow the Fed to hit its inflation target. I have calculated the golden growth rate from 2004 to the present.

According to my calculations, the average percentage real GDP growth from January 2004 to the present was 1.91%, the average growth in Total Money Supply (M4) was 3.86%, and the average change in the velocity of money was -0.61%. Using these values and the Fed’s inflation target of 2.00%, I calculated the U.S. golden growth rate for Total Money (M4) to be 4.52%. 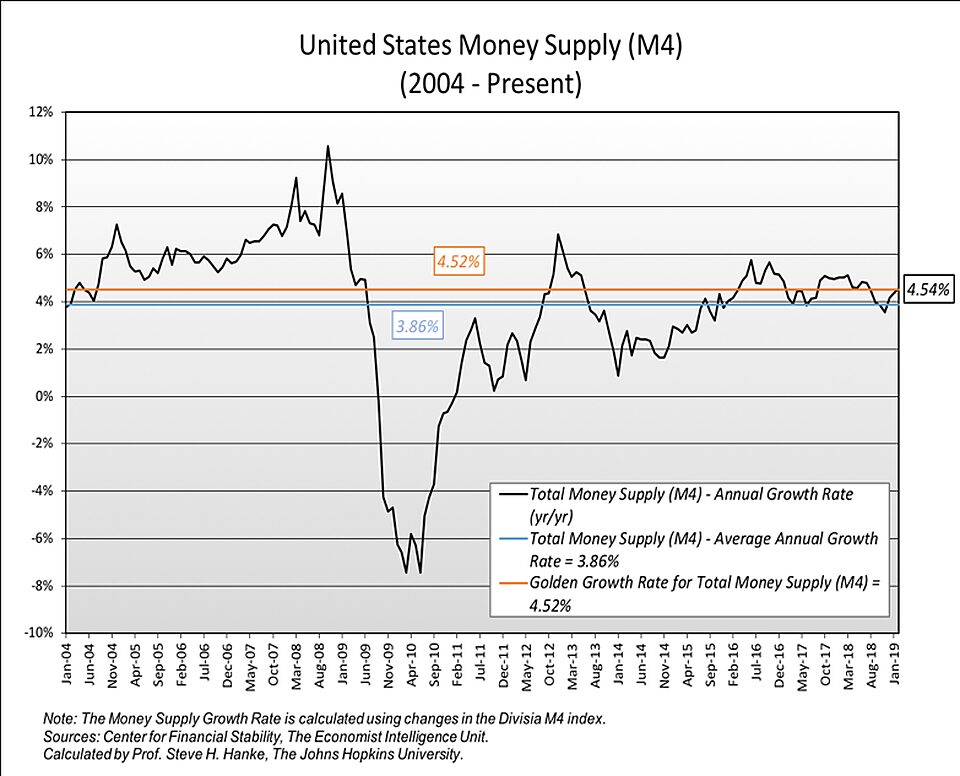 Not surprisingly, the current Fed monetary stance has produced a current growth rate in nominal aggregate demand measured by final sales to domestic purchasers of 5.02%/year, as shown in the chart below. So, the current money supply growth is very close to the golden growth rate, and aggregate demand is where we would expect it to be. Everything appears to be calm and in the “strike zone.” 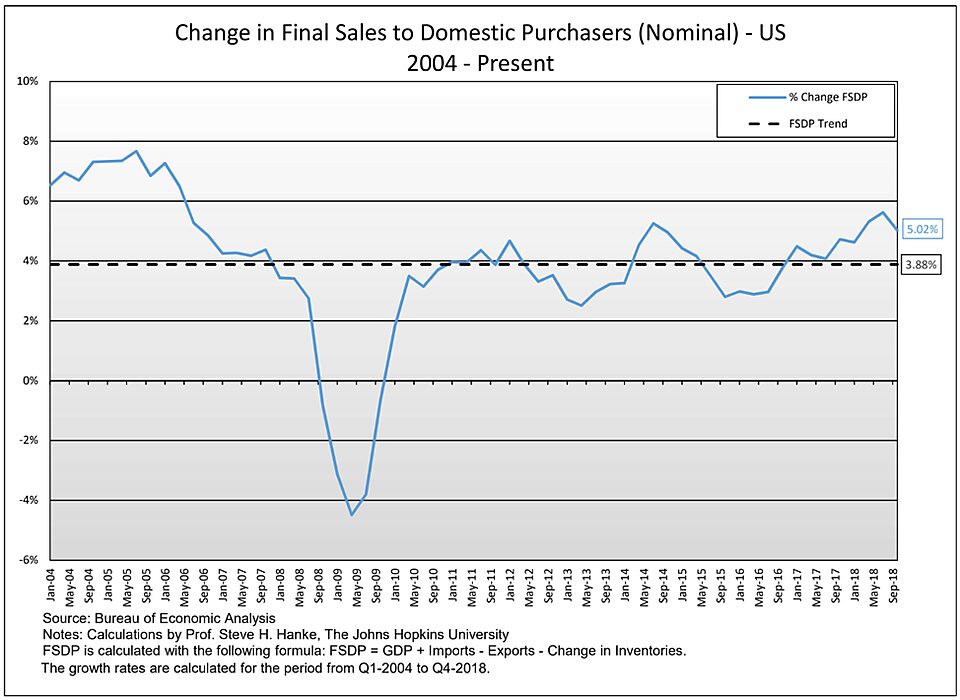 So, why did the Fed turn dovish? It’s all about regime uncertainty. As it turns out, the Fed is watching President Trump, and it has determined he is a loose cannon — one that creates regime uncertainty. Indeed, the President’s unanticipated zigs and zags create a pervasive uncertainty in both the national and international economic scene. In consequence, the Fed has lowered its economic forecasts and has wisely decided to play it safe.