The most recent banking crisis in Europe erupted on the Island of Cyprus. Among other things, one result of the final EU-IMF bailout package was the imposition of capital controls, or restrictions on currency convertibility.

Currency convertibility is a simple concept. It means residents and nonresidents are free to exchange domestic currency for foreign currency. However, there are many degrees of convertibility, with each denoting the extent to which governments impose controls on the exchange and use of currency.

The temptation to turn to exchange controls in the face of disruptions caused by hot money flows is hardly new. Tsar Nicholas II first pioneered limitations on convertibility in modern times, ordering the State Bank of Russia to introduce, in 1905-06, a limited form of exchange control to discourage speculative purchases of foreign exchange. The bank did so by refusing to sell foreign exchange, except where it could be shown that it was required to buy imported goods.

Otherwise, foreign exchange was limited to 50,000 German marks per person. The Tsar’s rationale for exchange controls was that of limiting hot money flows, so that foreign reserves and the exchange rate could be maintained. The more things change, the more they remain the same.

Before more politicians come under the spell of exchange controls, they should reflect on the following passage from Nobel laureate Friedrich Hayek’s 1944 classic, The Road to Serfdom:

“The extent of the control over all life that economic control confers is nowhere better illustrated than in the field of foreign exchanges.

Nothing would at first seem to affect private life less than a state control of the dealings in foreign exchange, and most people will regard its introduction with complete indifference. Yet the experience of most Continental countries has taught thoughtful people to regard this step as the decisive advance on the path to totalitarianism and the suppression of individual liberty. It is, in fact, the complete delivery of the individual to the tyranny of the state, the final suppression of all means of escape—not merely for the rich but for everybody."

Hayek's message about convertibility has regrettably been overlooked by many contemporary economists. Exchange controls are nothing more than a ring fence within which governments can expropriate their subjects' property. Open exchange and capital markets, in fact, protect the individual from exactions, because governments must reckon with the possibility of capital flight.

From this it follows that the imposition of exchange controls leads to an instantaneous reduction in the wealth of the country, because all assets decline in value. To see why, it is important to understand how assets are priced. The value of any asset is the sum of the expected future installments of income it generates discounted to the present value. For example, the price of a stock represents the value to the investor now of his share of the company's future cash flows, whether issued as dividends or reinvested. The present value of future income is calculated using an appropriate interest rate that is adjusted for the various risks that the income may not materialize.

This result, incidentally, is the case even when convertibility is allowed for profit remittances. With less than full convertibility, there is still a danger the government will confiscate property without compensation. That explains why foreign investors are less willing to invest new money in a country with such controls, even with guarantees on profit remittances.

Investors become justifiably nervous when they expect that a government may impose exchange controls. Settled money becomes "hot" and capital flight occurs. Asset owners liquidate their property and get out while the getting is good. Contrary to popular wisdom, restrictions on convertibility do not retard capital flight, they promote it. 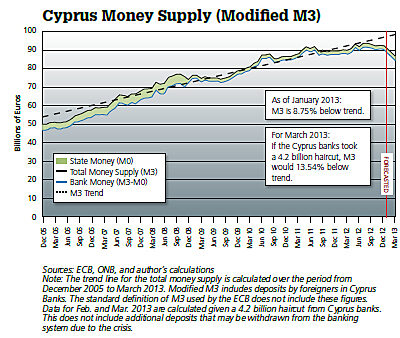 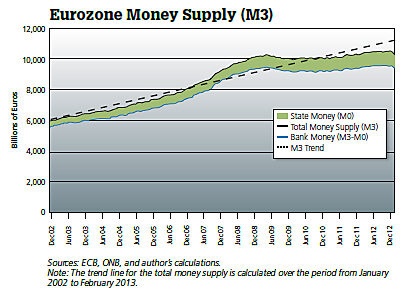 In 2006, Prof. Simon Johnson of the Massachusetts Institute of Technology (MIT), et al. convincingly refuted claims of macroeconomic benefits resulting from Malaysia's imposition of capital controls. In fact, he found that capital controls bred official corruption. As Prof. Andrei Shleifer of Harvard (2009) demonstrated, South Korea actually recovered "much faster" than Malaysia in the aftermath of the Asian financial crisis.

Full convertibility is the only guarantee that protects people's right to what belongs to them. Even if governments are not compelled by arguments on the grounds of freedom, the prospect of seeing every asset in the country suddenly lose value as a result of exchange controls should give policymakers pause.

Unfortunately for Cyprus, capital controls are only the beginning of the bad news. European and Cypriot leaders have tried to assuage fears that the Cypriot economy will collapse by painting downplaying Cyprus' impending GDP contraction. But, as a recently leaked report by the esteemed boutique investment bank Alvarez and Marsal confirms, this will not be the case. As the accompanying chart shows, Cyprus can expect to see a money supply deficiency of 13.54%.

In consequence, according to my estimate, Cyprus can expect GDP to contract by 12.2% in 2013. This will cause the so-called "good bank" — the Bank of Cyprus — which was set up as a part of the bail-in package, to probably go bust before long, wreaking even more havoc on the Cypriot financial sector, and the Cypriot economy.

The shockwaves, however, will be felt beyond the tiny island of Cyprus. Europe's money supply is already reeling from the devastating credit crunch imposed via Basel III bank capital requirements, and a general loss of confidence in the aftermath of the European sovereign debt crisis (see the accompanying chart).

The latest crisis in Cyprus will only make things worse. As goes the money supply, so too goes the overall economy. Expect to see continued weak economic growth for the Eurozone going forward.