By President Trump’s logic, American lives are more valuable than Indian ones, so India must let some of its citizens die to help needy Americans. That’s the implication in President Donald Trump’s arm‐​twisting to force Indian Prime Minister Narendra Modi to supply the United States with hydroxychloroquine (HCQ) or face sanctions. Trump believes — despite the absence of clinical trials to prove its efficacy — that this drug will combat COVID-19.

Yet regardless of the drug’s efficacy, there is no rational explanation as to why India should acquiesce to President Trump’s demands. At times when supplies are constricted, countries should prioritize their own public health needs. It is hypocritical of Trump to give top priority to saving American lives while expecting Modi to sacrifice Indian lives by sending the US medical supplies India badly needs.

COVID-19 came to India later than it did many countries, possibly because it has relatively few visitors from China. But Indian testing facilities are so scarce that official data on infections and deaths are likely to be gross underestimates. India’s official data on April 27th showed 29,974 confirmed cases and 937 deaths, and the numbers are escalating rapidly every day.

It is hypocritical of Trump to give top priority to saving American lives while expecting Modi to sacrifice Indian lives by sending the US medical supplies India badly needs.

The Indian government ordered a shutdown of non‐​essential activities until April 19, with a gradually‐​phased relaxation of restrictions thereafter. But in urban slums and villages, up to six people sleep in each hut. High population density in habitations makes social distancing difficult, if not impossible. Millions of migrant workers march home to their villages in large groups where social distance is impossible to maintain, and the migrants may well take the virus from towns to villages. The virus is spreading fast and many will succumb.

If the mortality rate of those infected is no more than one percent, that implies a whopping seven million deaths in India alone. That would be a tragedy of immense proportions. We can only hope that the virus will spread slowly because of limited visitors from abroad, an early lockdown, and the possibility — still not proven scientifically — that the virus will lose potency as India’s temperature shoots up in the summer.

In response to the danger that Indians might not have the medicines they need to combat COVID-19 and other threats, Modi imposed temporary restrictions on the export of certain drugs, including HCQ. Yes, India does have strong protectionist tendencies that stand in the way of free trade, but in this case, it was prompted by a sudden shortage of drug ingredients from China after the Wuhan lockdown. One Chinese company admitted raising its price of ingredients by 375 percent. The biggest Indian manufacturer of HCQ, Zydus Cadila, says raw material prices are up 10 to 20 times. Thus, Trump’s gambit to tout the drug as a miracle cure for COVID-19 has unwittingly raised the cost of treatment greatly for those suffering from malaria and lupus, which the drug is proven to treat. This is tragedy wrapped in farce. For a country that imports 70 percent of its pharmaceutical inputs from China, this, plus India’s own lockdowns, forced some pharmaceutical factories to close or slash production.

The World Health Organization estimates that India has 15 million cases of malaria and 20,000 malaria‐​related deaths per year. Official Indian estimates are much lower, but without a doubt, malaria is a major killer. India needs ample supplies of HCQ to combat malaria and the several autoimmune diseases the drug is known to treat. Because no firm medical evidence exists to prove HCQ is effective against COVID-19, it would be highly irresponsible to divert this scarce drug from a proven use to an unproven one. Indeed, a recent trial showed that the drug was not just ineffective, but could actually be harmful — in the study, the death rate was higher among those getting the drug. That drives home how crazy Trump’s arm‐​twisting was, and how irrational it was for Modi to surrender on this issue and lift the export controls he believed would ensure sufficient supplies for Indians.

And even if HCQ were demonstrated to work in fighting COVID-19, India has a population of 1.3 billion, four times that of the USA, and so needs proportionately more medical equipment and supplies. Trump himself has used the Defense Production Act to restrict the export of badly‐​needed high quality masks by 3M, an American manufacturer. He can hardly object to India following a similar approach. It was morally outrageous — not to mention hypocritical — for Trump to threaten India with sanctions if it did not agree to export the drug to the US. There is no chance Trump would have made a similar concession if the roles were reversed and India demanded that the United States export a specific drug or face sanctions. And, unfortunately, Modi lacked the spine to stand up to the pressure.

Foreign policy means using political capital wisely. The US needs a strong partnership with India. This cannot be achieved by forcing India to divert drugs needed by its own folk dying of malaria and lupus, and shipping them to the US to satisfy a dubious Trump fad, now revealed to be sheer folly.

India must do its best to ensure that it has enough medicine and equipment to face an immense possible tragedy. It prevailed through the efforts of many Indian manufacturers that greatly increased their production of COVID-19 testing kits and respirators, and maximized the production of all drugs. And although increased supplies from China have enabled India to begin exporting HCQ once more, its top priority must be to save Indian lives, from malaria and autoimmune diseases, not to mention COVID-19, regardless of the foreign policy pressures. Still, India must not let these temporary export controls, intended to last for the duration of the public health emergency, become an excuse for protectionist behavior down the line.

Ease Shutdown or We May Get Worst of Both Worlds 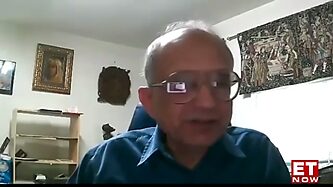